Lakshana Palat chats with author and founder of Zuka Books & Zuka Accessories, Mehr F Husain about publishing and the challenges of being a female, independent publisher. 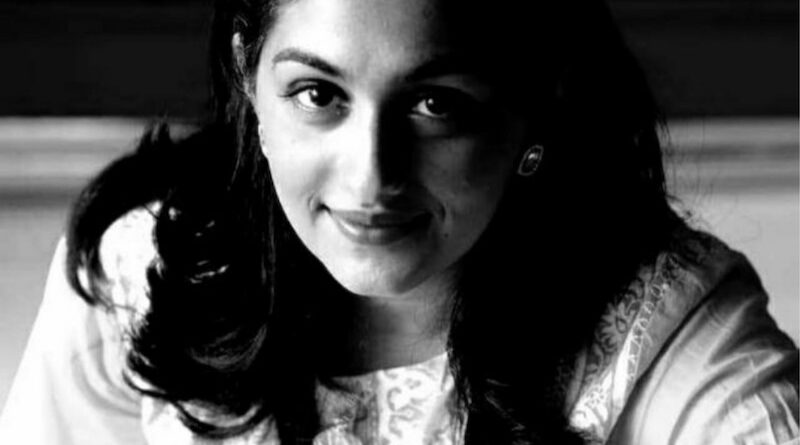 You’re an author and entrepreneur, two inspiring professions. Do tell us the journey of taking on two such difficult tasks, and whether one complemented the other.

It was in 2018 after writing my book that I realized Pakistan’s local fabric was suffering, muslin in particular. I had finished writing and was feeling very empty. To fill the hollow I decided to delve into the world of fabric and craft. ZUKA Accessories was born as a means of advocating for gender equity, cultural creativity and innovation with local fabrics to highlight their existence. Soon I found myself creating a cycle of sustainability and micro economic cycles for the artisans that I work with. The initial stages were amusing as I had two very small children that I’d pile into my car stuffed with food and blankets as we would drive in Lahore hunting for fabric and block printers. It was also an eyeopener on how women are treated in the same industry (fashion) that targets women as their main clientele. The irony of keeping women out of the creative process while catering to women was not lost and it drove me further to make a mark with a difference. ZUKA Books, the publishing imprint, came about in 2020 after the books ban was initiated post-Pulwama. Having lost a book deal I looked inwards to Pakistan and I was dismayed at what I found – a whole industry which has been reduced to a wasteland. Again, I piled my kids – slightly older, this time – in my car and off I went meeting printers, checking out paper, negotiating costs, sorting out legal work. Here too I found myself a lone female in an industry that is all men. ALL men.

Each time it has been daunting and I’ve had to find myself in situations where I’ve had no choice but to stand my ground and cling hard and fast to my principles and work. Nothing worthwhile is achieved easily and I still feel I have a long way to go and so much to do.

You authored the work of ‘Pakistan:  A Fashionable History’. Please do tell us why you chose this as your subject.

People often think there is an exciting story behind the inspiration for this book but truth is as dull as smog. It was One of Those Mornings where everything can possibly go wrong. The toddler was running late for school, the baby had been awake half the night, the house help was having issues and I was completely shattered. Piling the toddler into the car, hurtling down to school I looked at myself – mummy tummy stretching the fabric of my t shirt, covered in baby formula and leftover breakfast, hair tied in a bun tendrils loosely mocking me and then I looked up. In front of the school gate, the car ahead of us stopped and out stepped a fellow mum dropping off her child as well. Immaculate! Hair blow dried to perfection, a three piece lawn jora, four inch heels… and yet, she looked so miserable. So unhappy as she crossed the road, clutching her child’s hand who led the way. And something inside me got triggered – who is telling her to dress like this at 7am? Why are women expected to Look This Way at what is one of the most hectic times of the day?. I came back home and decided I wanted to investigate this industry that clearly expected women to dress a certain way.

What were the challenges that you faced in writing and publishing Pakistan: A Fashionable History?

The first one is no one actually believes Pakistan has a fashion industry – ‘don’t you all wear burqas? do you have roads? what is your *fashion*?’ Convincing agents was futile. In India it was incredibly difficult which is surprising given how our foreword is written by Tarun Tahiliani. In Pakistan the cost of printing due to inflation and expensive electricity plus lack of publishers who could appreciate the book in its entirety meant I had to tread carefully. Even when I decided to go down the self-publishing route, funding was a huge issue to consider. Printing the book was easy but would one ever recover the huge investment? Next up is distribution channels. I feel in this digital age, it should be easier for exchange of work between publishing houses but nothing compares to the physical experience when it comes to books – people like going to bookstores, touching (and smelling!) books, opening and seeing what is on offer. But given the pandemic’s effects I think publishing is going to suffer further but the recent wave of new authors and publishers offers some hope.

You’ve also established your own publishing house, Zuka Books—a very admirable and wonderful feat, and an inspiration for women entrepreneurs who face harsh challenges in doing so. What were the difficulties that you faced? Do share your experiences.

Publishing is seen as ‘men’s work’. This idea that women can offer more than ‘romance books’ is still alien. Plus the book I offered was very different as it offered a look at what is an unexposed and perhaps deliberately ignored part of Pakistan’s history. So it was a shock for the local printers and publishers when I approached them with this book – let’s also not forget it’s not every day you see a mother with children in tow showing up asking for paper quality, demanding to sit at a printer’s to wait for copies to come in.

I remember one evening sitting in a small room, waiting to pick up published copies, packed full with men. It was during the monsoon season and so it was hot, humid and stuffy which did not bode well during a pandemic. There was no regard for personal space or privacy. Nope, this was an open field it was war. The attitude was ‘You, as a woman, want to do this? Then let’s do it’. At one point it really did boil down to me vs. the publishing industry as a whole.

Another time I remember having to sit down and design a book. Exasperated by how he refused to listen to my repeated requests, I asked the designer if I could take over. I sat in his seat and suddenly in the midst of everything was this cold silence. I could feel the eyes of all the men sitting behind me burning into my back – ‘who is she in OUR space?’ ‘How DARE she…’

Another time, I got a call from a gentleman keen on stocking my books. I was elated! Till he demanded a ridiculously reduced price. Upon my polite refusal the niceties dropped and I could feel his voice growling at me! Took every iota of my being to stay calm, and deal with him in a way that he could also learn this was not the way to seal a deal and that I wasn’t something he could push around – the idea of a woman being an object that could be treated as he wished.

The printers, also male, know they own the market and have a ‘my way or the highway’ attitude. As a woman, they talk to me like ‘baby you don’t know what you’re talking about’. The most difficult part has been the isolation – I jumped into this all alone, I’ve had no one to discuss these issues with, no-one to compare notes with and when you’re facing all the above and more, it wears you down and yet, there is no one to talk to. Sure friends and family can understand one is struggling but they can’t realize it because they’re not in it with me. I’ve had to learn about paper, the printing process, market rates, backhand tactics, the financial swindles, distribution channels… all of it on my own. Fun times.

It was a herculean task for women to be taken seriously in literature earlier, and yet they pursued the profession determinedly. Do you think women of today, have it slightly easier in writing and publishing books as compared to those from the yester-years?

God, no. No, no, NO. Women are still struggling to find avenues for representation and have their voices heard. Publishing globally has multiple elements at work – language, color, geography, race, gender, ethnicity and now, politics (South Asia in particular). Now when you have a female writer – still saddled with traditional roles of being a mother and wife – addressing all these and crippled by issues such as lack of a career or education due to societal demands, does she even stand a chance? No. I have great respect for women who are still able to produce written work because I don’t think anyone realizes how taxing it can be to tap into creativity when you are carrying the burden of responsibilities heaped onto simply because of their biology. It is high time women were given chairs at the publishing table because they’re the one driving forth stories that change the world. In Pakistan I am immensely proud of my female authors who have broken taboo topics such as mental health, body dysmorphia, emotional breakdown, marriage and more.

Do you have plans for your next book?

Yes. I come from a rural background and I would love to write a book that addresses the changing nature of rural societies. Let’s see.

What advice would you like to give women, starting their own publishing house?

Don’t listen to the naysayers. This is a low hanging fruit that you should totally grab. Set your principles, keep your standards high and do your research. It’s hard work but incredibly rewarding.