This session explores how women writers have produced works of literature as a form of dissent across the literary landscape, creating a narrative that exposed marginalization. 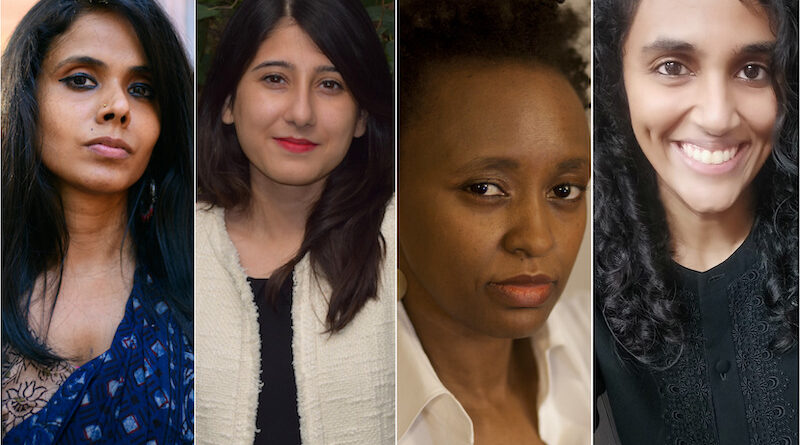 Dubai, UAE: On March 31st and April 1st, 2022, distinguished literary names especially from the Global South, will grace the second edition of the much celebrated Ananke’s Women in Literature Festival 2022 (#AnankeWLF2022).

Exploring Writing Women in History as a Form of Subversion is a key theme which will be examined at this year’s Festival. History has pervasively been patriarchal with genders lived and literary experiences bound by the confines of hegemonic social structures. While women literati were – researchers acknowledge – ‘like their readers, psychologically embedded in an ethos of femininity that consistently advocated the subordination of the self,’ there were rebels who stood against the dictum of power and prolifically produced against malleability, hierarchies and male-centric literary traditions.  These were women who faced censure and vitriol not just from the powers that be, but also from society and the pulpit of creative discourse. These were authors who created a narrative that exposed marginalization, under- and misrepresentation of women and the vulnerable as well as how stereotype and rigid cultural ideologies were embedded in the written word.

Dr. Meena Kandasamy is an anti-caste activist, poet, novelist and translator. Her writing aims to deconstruct trauma and violence, while spotlighting the militant resistance against caste, gender, and ethnic oppressions. She explores this in her poetry and prose, most notably in her books of poems such as Touch (2006) and Ms. Militancy (2010), as well as her three novels, The Gypsy Goddess (2014), When I Hit You (2017), and Exquisite Cadavers (2019). Her latest work is a collection of essays, The Orders Were to Rape You: Tamil Tigresses in the Eelam Struggle (Navayana, 2021).

Activism is at the heart of her literary work; she has translated several political texts from Tamil to English. Her novels have been shortlisted for the Women’s Prize for Fiction, International Dylan Thomas Prize, Jhalak Prize and The Hindu Lit Prize. She holds a PhD in sociolinguistics. Her op-eds and essays have appeared in The White Review, Guernica, The Guardian and New York Times.

Wanjikū Wa Ngūgī is a faculty member at the Vermont College of Fine Arts, MFA in Fiction. She is the author of Seasons in Hippoland (Seagull Books, 2021) and The Fall of Saints (Atria Books, 2014). Her short stories and non-fiction essays have appeared in Nairobi Noir (Akashic Books, 2020), Houston Noir, (Akashic Books, 2019), New Daughters of Africa(2019), The Barelife Review (2019), St. Petersburg Review, Wasafiri Magazine, Auburn Avenue, Cunning Folk Magazine, Chimurenga amongst others. She is the former director of the Helsinki African Film Festival (HAFF). She was also a columnist for the Finnish development magazine Maailman Kuvalehti and served as a juror for the CinenAfrica Film Festival, Stockholm, Sweden in 2011-2013.  Wanjiku is a PhD Candidate at George State Universtity, Atlanta, GA.

Anam Zakaria is the author 1971: A People’s History from Bangladesh, Pakistan and India (2019), Between the Great Divide: A Journey into Pakistan-administered Kashmir (2018) and The Footprints of Partition: Narratives of Four Generations of Pakistanis and Indians (2015), which won her the 2017 KLF-German Peace Prize.

Kirthi Jayakumar is a lawyer, feminist researcher, and WPS practitioner. She founded and runs The Gender Security Project, which works on the WPS Agenda and Feminist Foreign Policy through research, reportage, and documentation. She obtained her MA in Peace and Conflict Studies at CTPSR, Coventry University, and previously at UPEACE, Costa Rica. She is a member of the Working Group for the Every Woman Treaty and part of the Advisory Working Group for the Beijing+25 process.

With the theme, Rethinking Paper, Ink & Gender, the two-day online event opens up dialogue on publishing and the written word at the intersections of gender, feminist literary activism, innovation, biases, sustainability, linguistic identity, corporatization in publishing and more.

The event will be livestreamed on Ananke’s Facebook page: https//www.facebook.com/anankemag