The Women Who Gave Me Wings 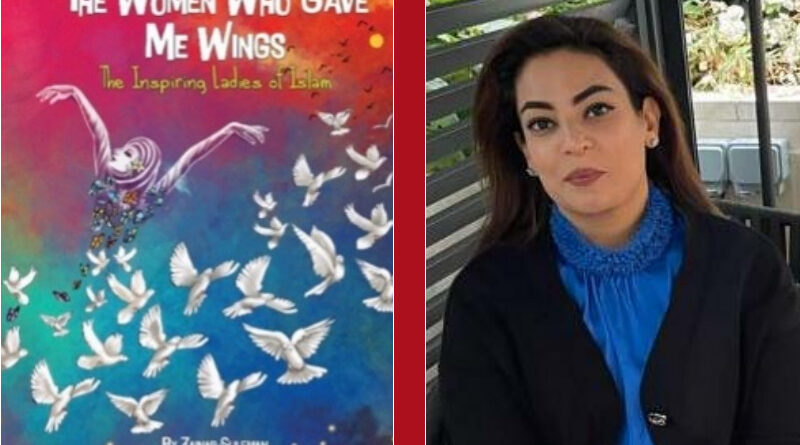 Reverie Publishers through its label, Moringa Books, has announced the publication of ‘The Women Who Gave Me Wings,’ written by Zainab Suleman Sharif. This book, in the spirit of holy month of Ramadhan, celebrates women who have played a vital part in spreading the message of Islam. The book consists of nine chapters, each dedicated to one of the special ladies titled, The First Woman Scholar, The Courageous, The True Devotee, The Leader of Paradise, The Woman of Ultimate Faith, The Businesswoman, The Mother of Isa, The First Sufi Saint and The Queen of Karbala. These women (among others) have shown exceptional determination, unparalleled endurance and remarkable courage in the face of adversity. They hold a special place in the history and their stories shall forever be an inspiration to young Muslim girls.

The writer Zainab explains in the foreword, “I want young girls to read and get strength from those who were truly powerful and independent!’ Women according to her have been fighting for rights in the last century, when Islam gave us equivalent status (to men) fourteen hundred years ago.”

Zainab Suleman is a writer and a social worker. She has earned a degree in Journalism and has previously written for OK Magazine Pakistan. She is on the Board of Mayo Hospital and has worked for Oasis School for Autism. She also co-founded an event management company by the name of Velvet Events.

Talking about the book, The Women Who Gave Me Wings, Managing Editor Reverie Publishers, Safinah Danish Elahi said:  ‘A book that is necessary for future generations of Muslim girls to know how strong their predecessors were’

The book can be bought on the Reverie Publishers website on the following link:

Reverie Publishers was founded on the premise of encouraging fiction-writing in Pakistan. Already a small market, the founder noticed that publishers did not want to bet on publishing fiction and their investments tanking. Reverie also expanded into a sister label, Moringa Books, which provides a complete publishing package to writers who are willing to devote finances into their project. Editing, marketing, designing and distribution support is provided by Reverie. Through Moringa, we have published some children’s books and anthologies as well.

Reverie Publisher was founded in 2021 by Safinah Danish Elahi, a lawyer and writer,  who has authored three books herself. She is passionate about literature and writing and has promoted books on a larger scale than any current publisher, including TV, newspapers, social media etc. As a result, she sees a shift in book reading and book buying in Pakistan.

New Initiative to Build An Equitable, Interoperable and Safe Metaverse