Deeply damaging action by the de facto authorities to deny education to girls above the sixth grade: UN Secretary General. 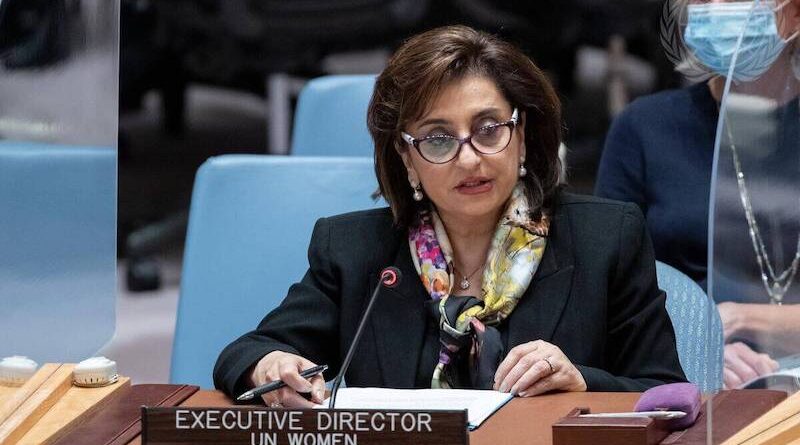 May 9th, 2022, (New York, USA): I am gravely concerned by the Taliban’s announcement that all women must cover their faces in public, that women should only leave their homes in cases of necessity, and that violations of this directive will lead to the punishment of their male relatives. Freedom of movement is a fundamental human right. It is an absolute prerequisite for women’s ability to exercise the full range of their rights and to be active participants in society. Where women’s rights are constrained, everyone is diminished. The latest directive by the Taliban is a further escalation of restrictions on women and girls, including impeded return to work and inability to pursue their education.

The UN Secretary-General has recently noted the deeply damaging action by the de facto authorities to deny education to girls above the sixth grade. I am further alarmed by reports UN Women is hearing from women civil society organizations and activists of women being unable to drive, take public transport, or simply move from one place to another. Such constraints increasingly limit women’s ability to earn a living, access health care and education, seek protection, escape situations of violence, exercise their individual and collective rights, and act with agency.

These accelerating violations of women and girls’ rights are costing Afghanistan dearly in many ways and impacting its social and economic growth. Current restrictions on women’s employment have been estimated to result in an immediate economic loss of up to US$1 billion – or up to five per cent of Afghanistan’s GDP. There is almost universal poverty in the country.  More than half of the population needs some form of humanitarian assistance, and an entire generation is threatened by food insecurity and malnutrition. The latest restrictions make attempts at recovery harder, if not impossible.

UN Women echoes the Secretary-General’s call for the Taliban to keep their promises to Afghan women and girls, and aligns with the statement by the United Nations Assistance Mission in Afghanistan. We urgently call on the de facto authorities to respect their obligations under human rights law and the full human rights of women and girls, including the immediate restoration of women’s and girls’ independent freedom of movement, and their rights to work and to education to the highest level.

The Women Who Gave Me Wings