Launch of complaint cell for women journalists in Pakistan announced 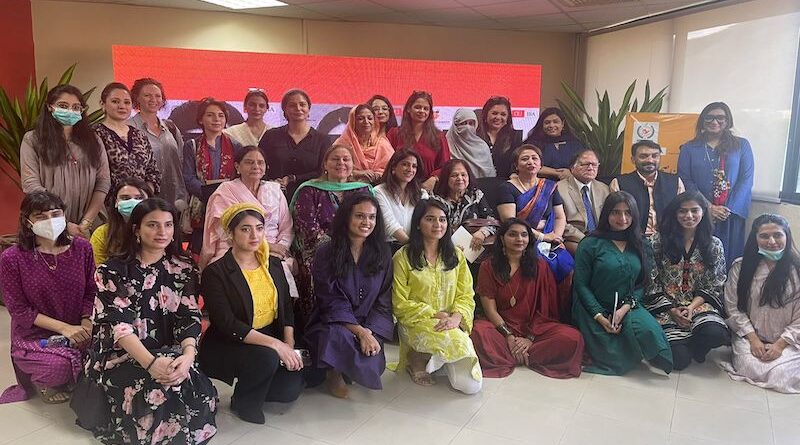 July 29th, 2022, (Islamabad, Pakistan): The National Commission for Human Rights (NCHR), in collaboration with the Digital Rights Foundation (DRF) and the Centre for Excellence in Journalism (CEJ), held a consultative meeting with women journalists from across Pakistan. The purpose of the meeting was to give female journalists space to air their concerns and to collectively address the challenges they face on a day-to-day basis. 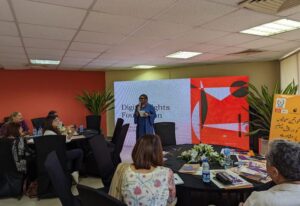 In her keynote speech, Chairperson NCHR Rabiya Javeri Agha said “One of the biggest challenges in online spaces in Pakistan, evidenced by the breadth of research on the subject, is online violence and harassment.” She spoke about how women journalists reporting on critical issues face increased risks of attack and censorship. Nighat Dad from DRF lamented that online spaces are increasingly becoming hostile for women journalists and women in general. She identified four ways online freedom of expression has been negatively impacted, namely 1) legal restrictions, 2) extra-judicial excesses, 3) online violence and harassment, 4) monitoring and 5) gendered disinformation against women journalists. Amber Rahim Shamsi from the CEJ said women journalists face harassment, physical insecurity, the gender-wage gap, and mental distress as a result of online abuse.

While the Constitution of Pakistan provides safeguards for online speech in the form of Article 19 for free expression and Article 19(A) for the right to information, these freedoms have increasingly come under attack. Pakistan has consistently ranked low on indices rating freedom of expression, and online spaces are no different.  According to the Reporters Without Borders World Press Freedom Index 2021 Pakistan ranks 145 out of 180 with constant regulations and censorship of the media. Laws such as sedition and defamation, particularly criminal defamation, have been used to pursue cases against journalists. The Prevention of Electronic Crimes Act 2016 (PECA), particularly section 20, is frequently used to initiate proceedings against activists for critiquing state institutions. Women in particular face the brunt of harassment and abuse.

The event concluded with Chairperson Rabiya Javeri Agha’s announcement about the launch of a Complaint Cell at the NCHR in collaboration with DRF and CEJ specifically for women journalists. This complaint cell will be dedicated to resolving human rights issues that arise from the targeting of women journalists, to ensure the freedom of the press. “Freedom of the press and freedom of the media are cornerstones for any functioning, successful democracy,” she said.