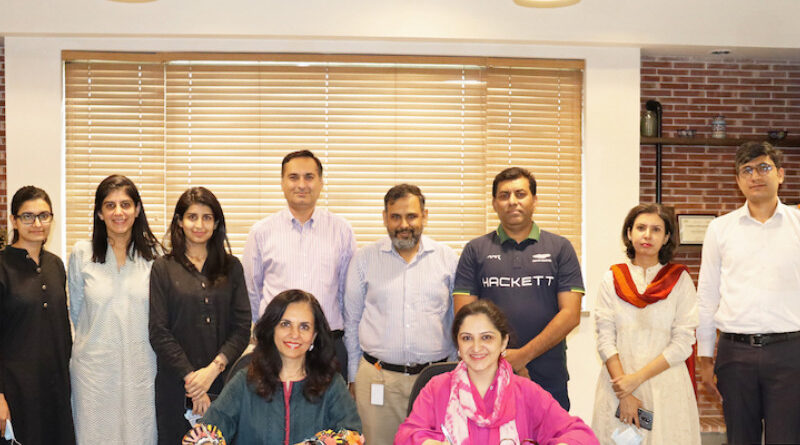 Lahore, Pakistan: OneLoad Women Empowerment Project (OWEP) funded by the Bill and Melinda Gates Foundation has signed an MoU with Kashf Foundation for a limited scale pilot targeting their beneficiaries. The pilot project will help Kashf’s beneficiaries to earn a supplemental income.

Speaking on the occasion Roshaneh Zafar, Managing Director of Kashf, said, “Through this innovative partnership Kashf aims to empower and enable women micro entrepreneurs to add revenue streams to existing cash flows and eventually graduate into female agents. This experiment can set the stage for a meaningful increase in the gender ratio of agents (retailers) which is currently abysmally low.”

OneLoad is a financial services platform that allows micro retailers to serve walk-in customers from the local communities. The company has received an investment of eleven million dollars from the Bill and Melinda Gates Foundation and IFC among others.

Given the socio-economic situation in Pakistan and the glaring gender gap (Pakistan ranked second lowest on the latest Global Gender Gap Index) almost all the micro retailers using OneLoad were male. This resulted in an overwhelmingly male consumer base for the micro retailers as women are reluctant to share their phone numbers, required for various GSM and FS services, with the male retailers. Following the investment, Bill and Melinda Gates Foundation gave a grant to OneLoad for a special focus on gender inclusion under the banner of OneLoad Women Empowerment Project (OWEP). The two-year project aims to sign up more female retailers so they can supplement their income. Another benefit of female retailers is an increase in female customers having access to financial services as they would get served by female retailers.

Project Lead OneLoad, Maria Umar added, “According to various studies, women financial services is a billion-dollar industry. This can be attributed to the fact that women are better at savings and returning loans. It’s natural that the project segued into a partnership with Kashf, one of the country’s largest microfinance institutes focusing on women. OneLoad is committed to making the platform more inclusive and bringing greater financial inclusion for the disenfranchised.”

Since January 2022, OWEP has been creating awareness to promote financial services among women. While the project started with just seven female retailers in January 2022, it has since onboarded over 400 additional female retailers. The project is also exploring B2B relations for other creative ways to engage women communities. The goal is to increase the female retailer base making it into a meaningful component of OneLoad.

*OneLoad Pakistan is a subsidiary of Systems Limited.