On day of the Girl, I hope people can access clean water at home so that no more die fetching water

The writer chose to remain anonymous so that this global issue is highlighted more than her name. 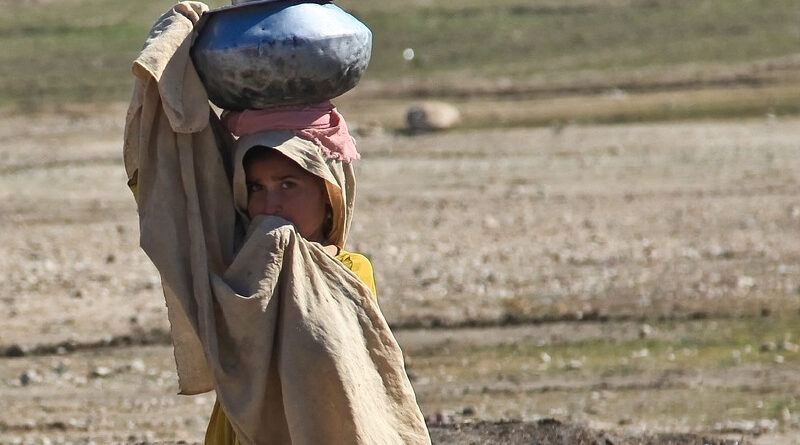 Water is considered the most significant necessity and blessing of life. Human beings can’t survive without water for more than three days. Can you imagine the same water or source of survival becoming the cause of death even in the 21st century?

Yes, you read it right. Are you wondering how? I grew up and was raised in one of the many remote villages in Sindh, named Border Farm. It is one of the smallest, located one to two hours from the city of Umerkot, which is roughly 1660 kilometers from the metropolitan port city of Karachi. Like most rural and underdeveloped areas of the Sindh province, we do not have access to clean water for drinking or other household use.

Pakistan’s rural areas have multiple challenges, including patriarchal belief systems and child labor. As a result, it is always women’s and children’s responsibility fulfil home chores especially collecting water. According to recentstatistics, about 72 percent of household water is carried by women, while children carry 14 percent. I used to collect water for eight kilometers daily with my mother, even if I was sick.

The women in my village often collected water, even when pregnant and immediately after delivery. I never thought about it or considered this a problem until I almost lost my mother. Let me tell you in detail how. I was nearly seven years old when my mother gave birth to my younger sister through a scissor operation.

Due to this, I started collecting water with my grandmother but only for a week. My mother resumed her duties with me in tow right after seven days of giving birth. I remember the day clearly, how she carried two earthen pots on her head and one around her waist. We walked to collect water from a hand pump located at a distance of four kilometers. She was too weak to walk, and her legs trembled. Yet she managed to reach home.

However, as soon as she placed the water pots on the ground and started moving toward the kitchen, she began to bleed and collapsed. Luckily, my father was at home and instantly took her to the hospital. Once again, it was her good luck to end up in the hands of good doctors who immediately stopped the bleeding and saved her life.

While I was growing up, I used to think that things would change in the future and that people in rural Sindh would also have access to clean water at home. However, things have only worsened over time. According to recent reports, eight of 10 people still don’t have access to basic water facilities in rural Sindh.

Many women have lost their lives. This suffering is not just limited to rural areas in Sindh but you can witness it in many parts of the world. But as far as our region is concerned, sadly, no proper statistics or data is available. Recently, one of my neighbors died on the spot when she went to collect water right after the third day of giving birth to a baby girl.

The question is, when will people in Sindh be able to access clean water at home, if not now?

On this international of a girl child, I hope people in Sindh can access clean water at home so that no more women and children die while fetching water

The story has been lightly edited for clarity