The amendments proposed are based on the seminal work on Fair Representation in Justice Sector. 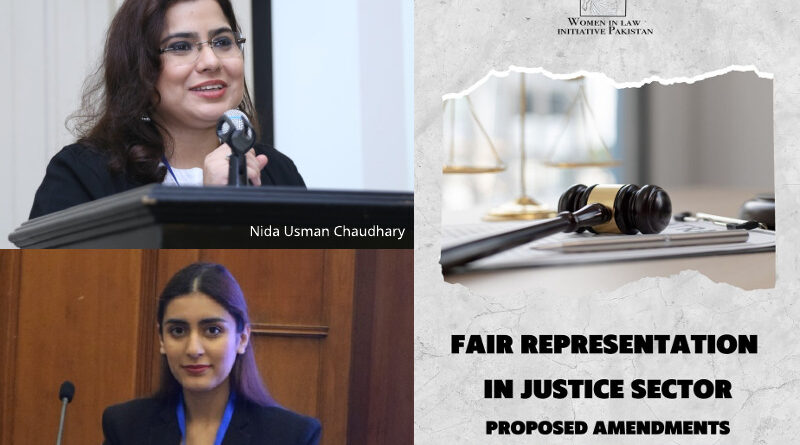 January 5th, 2023 (Lahore, Pakistan): Diversity & Inclusion Advocate and Founder of Women in Law Initiative Pakistan, Nida Usman Chaudhary unveiled the cover of the proposed amendments for reforms in the justice sector in Pakistan with a gender lens in a tweet yesterday. The amendments proposed are based on the seminal work on Fair Representation in Justice Sector – a gap analysis study undertaken by Nida and her colleagues with support from US Institute of Peace of the recruitments and appointments process in the justice sector with a gender lens. 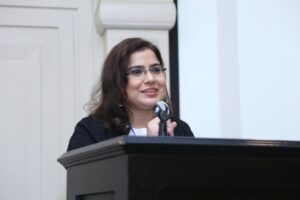 While elaborating on the release of the proposed amendments, Nida Usman said, ‘The legal, policy, structural and/or other amendments are based on the gaps, findings of our study on fair representation in the justice sector which focused on gaps in the recruitments and appointments process in four select sectors. Accordingly, these proposed amendments also focus on the same four sectors within the justice system, namely, (i) the judiciary, (ii) bar councils, (iii) prosecution and (iv) legal practice. They aim to propose legal and policy amendments required to make the recruitment and appointments in the justice sector more gender inclusive, transparent and rooted in principles of equality and non-discrimination in a manner that the policy makers are able to readily adopt or adapt for presentation as a bill in the Parliament. The proposed amendments are intended to serve as a draft set of bills to assist and facilitate policy makers, legislators and other stakeholders in their endeavor to reform the recruitments and appointments or other processes in the justice sector. 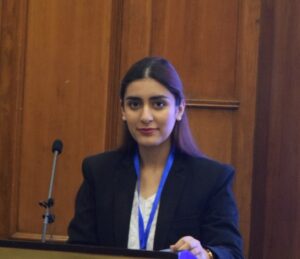 It is hoped that these drafts would pave the way for dialogue and national level consultations with all stakeholders for the much-needed reform of justice sector in line with global trends and local needs. Nida mentioned that detailed engagement with stakeholders and those in positions of authority was expected to follow and that feedback, views and comments of all stakeholders including the bar and colleagues from justice sector as well as civil society would be openly and readily sought so that the proposed amendments could be finalized for being presented as Bills in the parliament after wider stakeholders consultations so that the process is truly inclusive and participatory.

‘Students of law, members of academia and lawyers may also find this useful as a baseline consultative document for further debate and/or for building consensus towards reform of the justice sector’ Nida added.

Nida was assisted by Hania Riffat in the research for this work.