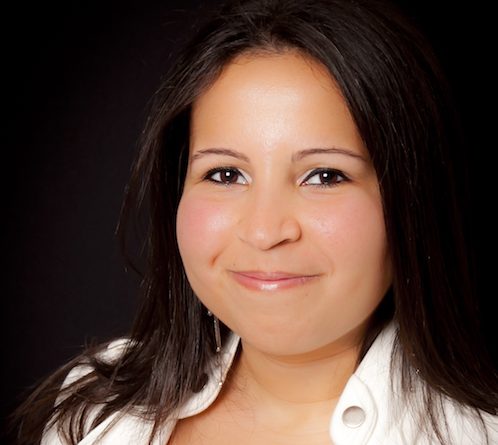 Women’s participation in the world of cinema is slowly but positively gaining momentum. Although it is well-documented in the West, more awareness and recognition is still needed as far as female participation in Arabian cinema is concerned. Dubai-based Reim El Houni of Ti22 Films is one among an illustrious group of women who have found fame and acclaim in the Arabian movie-making landscape.

Talking about the company, Reim El Houni reveals, “Ti22 Films was established in January 2011, so we are about to enter our fifth year. Ti22 stands for Titanium on the periodic table of elements, a metal that is very valuable because of how unique its properties are, being both the strongest and the lightest. That’s the benchmark for our films – creating films that are impactful, creative and emotional, and leave a lasting impression.”

Over the past decade, the Arabian film industry has evolved quite dramatically with female participation on the rise. Commenting on the role of women in films and media, Reim opines, “I think women play a significant role in this industry. More and more decision-making roles in the media are being held by women.” She further adds, “The fact that this is not a 9-5 industry in itself is unconventional. Women in the media are leading very active and practical lives. I think this industry has proven just how adaptable and flexible women in this profession can be and this, in turn, is empowering.” She further says, ”It is quite amusing that, although we are a small team, it is an all-women group. From our main director to our producers, and even our accountant, our entire team is all-female. I have always had great experience working or collaborating with women, and it makes me very happy to continue encouraging such activities.”

I think women play a significant role in this industry. More and more decision-making roles in the media are being held by women.

A study supported by UN women and the Rockefeller Foundation, and commissioned by the Geena Davis Institute on Gender in Media, reveals that “… some of the most profitable international territories illuminate that, globally, it is more than a film problem when it comes to valuing girls and women. It is actually a human problem.”

Talking about stereotyping women in Arabian films, Reim agrees, saying, “I think cinema still is stereotyping women. That said, there is a rise in more dominant female characterization that is now slowly but gradually becoming a norm. Speaking in terms of production, I also think it’s very important to train your team so that they grow with you and feel more empowered in their roles.”

Everything in the end, according to Reim, boils down to taking a leap. “I have met a number of women who have great business concepts but don’t feel confident enough to take the risk of pursuing their ideas. I think it’s all about taking action.”

Encouraging women participation in any field, be it film or any other, is only possible through the active support of the government, which can pave the way for others to follow. A fertile land burgeoning with immense opportunities, the UAE has proven time and again that it is a catalyzing force in terms of women empowerment. “To me, the UAE has always felt like a country where anything is possible. I think there is a growing ecosystem for entrepreneurs, and in that, there is a growing ratio of women. I think the potential is huge because there are fewer limitations. I definitely feel that being based in Dubai is very advantageous as I am surrounded by so many entrepreneurs, which has made my goals more achievable.”

Reim has high hopes for Ti22 Films and hopes to further develop her team of talented women through training. To her, persistence and perseverance lead to success. Emphasizing the importance of going through all the processes of learning is essential to understand the production hierarchy and all the facets of filmmaking. She concludes, “Only by spending time as a runner, a camera assistant or a props buyer, etc., do you understand the challenges of these roles, and can, in time, command the respect of men in the industry.” Ti22 has won numerous awards and accolades from bodies such as the New York Festivals for Film & Television.

Keeping in pace with digital trends, Reim and the team at Ti22 Films have launched a new online portal very soon titled, Dubai On Demand.

Visionary Women in the UAE

Unlocking Possibilities for Women in STEM