Feminism has fought no wars 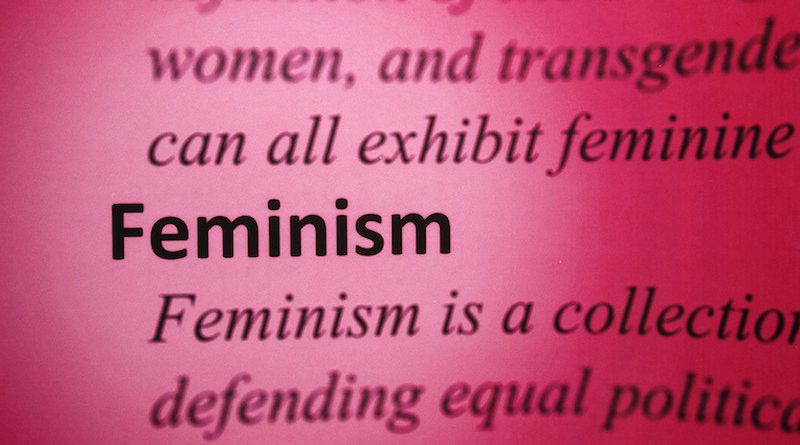 The last 8th of March, 2015 marked yet another Women’s International Day, reminding me once more that it cannot be mere coincidence that this date – which happens to coincide just one day after my own birthday – embodies one of my life’s greatest causes: women.

As I woke up the day following, my birthday, and scrolled through all these Women’s Day related posts on Facebook, I wondered: After over 105 years since Women’s International Day was first observed in 1909, what have we achieved in terms of women’s rights that we can truly be proud of today?

I do not agree with those who believe that Women’s International Day is only another cliché, reducing it to the fate of Valentine’s day and other trivial, stereotyped celebrations. I do, on the contrary, believe that we need a constant reminder of the great causes Humanity needs to progress and thrive: equality and human dignity being of the most important.

From Simone De Beauvoir who, in the early century, fiercely denounced women being depicted as ‘the Second Sex’ to Lila Abu Lughod who only a few years ago wondered ironically ‘Do Muslim Women Really Need Saving?’, how can we come to assess the progress achieved in the struggle for women’s rights and gender equality and how much is left to strive for?

On one hand, my ponderings made me think that it is our duty to acknowledge all the great achievements we have accomplished during the past century in closing the gender gap and, hence, to congratulate the contribution of every woman: from the right to vote and the right to education to the right to enter into legal contract, to political representation and equal pay, there is indeed a lot to be proud of.

From Simone De Beauvoir who, in the early century, fiercely denounced women being depicted as ‘the Second Sex’ to Lila Abu Lughod who only a few years ago wondered ironically ‘Do Muslim Women Really Need Saving?’, how can we come to assess the progress achieved in the struggle for women’s rights and gender equality and how much is left to strive for?

To cite only major and key achievements, in 1918 and 1920, the United Kingdom and the United States extended the right to vote to women nationals, a trend which generalized across the world by the end of World War II, therefore asserting women’s role in the political space and paving the ground for their political representation. Subsequently, women in Finland were the first in the world to become MP’s.

More occupations were opened to women during the 20th century, breaking the traditional gender archetype and challenging the long dated and old-fashioned gender roles: The 1919 Sex Disqualification Removal Act played a significant role in allowing women to become lawyers, vets and civil servants.

As women became increasingly independent, they became also more aware of life choices opportunities: In 1961, contraceptive pills were made legal in Britain, paving the way for other countries in the world, a theme (along with abortion) which became very much common in all feminist debates of the century: legalizing the pill meant giving women the option to choose and offering them the rights to their own bodies.

In 1963, an Equal Pay Act compelled employers to pay men and women the same amount for doing the same job in the US. Eventually it was also passed in Britain in 1970. Later on, in 1975 the Sex Discrimination Act made it illegal to discriminate against women in employment, education and training. Ultimately, in 1974, women across the world celebrated Isabel Peron being named the first woman president in the world – in Argentina – and in 1979 Margaret Thatcher as the first woman prime minister of Great Britain.

On the other hand, however, I also thought about the all downsides associated with the struggle for gender equality today – namely the backlash against feminism. While feminism was first coined as a movement to “establish, and achieve equal political, economic, cultural, personal, and social rights for women,” today it is mainly attacked on the grounds of promoting inequality after being distorted to embody “women’s power” and the trend of “women taking over.”

In fact, feminism has been reduced to become a politically incorrect term which signifies the war of aggression by women on everything that represents the status quo as opposed to its true and original meaning – that is the struggle for equality and human dignity.

In ‘Backlash: The Undeclared War Against American Women,’ American humanist-journalist, Susan Faludi’s attacks and demystifies the prevailing narrative that women are now fully equal and unhappy because of it. She argues instead that women have not yet achieved equality, and that the pressure to stop the fight for equality from ‘anti-feminists’ is what makes women unhappy today.

In fact, feminism has been reduced to become a politically incorrect term which signifies the war of aggression by women on everything that represents the status quo as opposed to its true and original meaning – that is the struggle for equality and human dignity.

Therefore, I believe that all feminists’ attempts to defend feminism against the backlash which occurred can only be vain: We should instead revert to the origins of the concept, how it was first coined in order to re-educate people about what feminism is and what it really stands for – rather than defend it using a negative, reverse narrative.

Feminism stands for equality and equal opportunity: This implies that men’s rights are also enshrined and guaranteed within feminism. It is in no way a war against men, but rather one for a greater cause – Humanity.

As Australian feminist scholar, Dale Spender once said: ““Feminism has fought no wars.  It has killed no opponents.  It has set up no concentration camps, starved no enemies, nor has it practiced cruelties. Its battles have been for education, for the vote, for better working conditions…for safety on the streets…for child care, for social welfare…for rape crisis centers, women’s refuges, reforms in the law. If someone says, “Oh, I’m not a feminist,” I ask, “Why, what’s your problem?””

Maha Tazi is a graduate in International Relations and Middle Eastern Politics from the University of Wollongong in Dubai (UOWD). She is currently working as a Project Consultant in Public Relations and Corporate Communications at APCO Worldwide and teaching part-time as an adjunct instructor in Philosophy at UOWD. Maha has a special interest in world affairs and gender issues: She took a Women Studies course for one year at Sciences Po Paris and worked with several civil society organizations which struggle for the advancement of women’s rights including Association Solidarite Feminine (ASF) in Morocco.

The Costs of Devalued Domestic Labor

‘I am average and I am not ashamed of it’