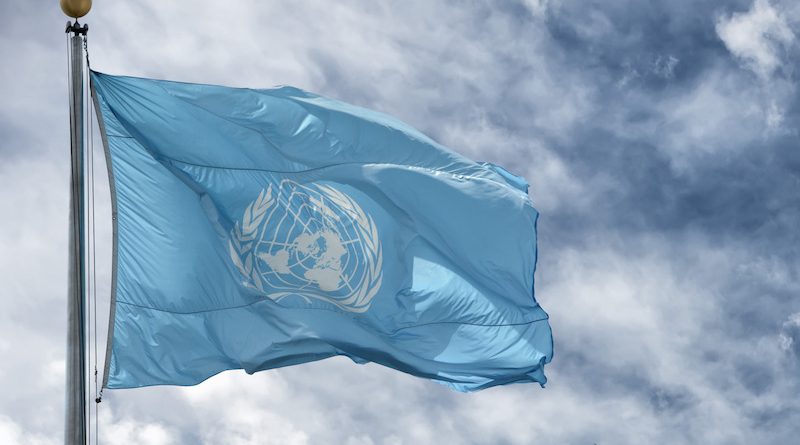 It is a fact that we live in a world stricken with hunger, conflict and disease.

While more than three billion of the world population lives in poverty, earning less than $1.25 a day, 90 percent of the victims of modern warfare are civilians. Even though ascertaining specific numbers of civilian casualties of war, both fatal and/or traumatized, is difficult, the magnitude of the total repercussive impact of conflict can neither be denied nor ignored.

In addition, a global review of available data suggests that 35 percent of women worldwide have experienced some form of partner or non-partner violence and the picture is even bleaker when it comes to children. In such a scenario, the role of gender diversity for peace-building and human security cannot be emphasized enough.

Gender diversity and inclusivity are pivotal for not only crisis management, but also for sustainable peacekeeping. It is not untrue to claim that women play a catalyzing role when it comes to mobilizing societal relations. Involving women in any peace process is critical to deal with vulnerable groups of marginalized women and children – the primary victims of war, violence, poverty and disease.

According to the Peace-building Initiative organization: “Men tend to dominate the formal roles in a peace-building process; there are mainly male peacekeepers, male peace negotiators, male politicians, and male formal leaders. Power is unequally distributed between men and women and the majority of women do not have a voice in local and national decision making processes. However, women do play an important, if largely unrecognized role, in peace building. The underlying assumption is that women involved in these processes will help design a lasting peace that will be advantageous to the empowerment, inclusion and protection of women. Stemming from this theme is the commonly accepted approach of including women in decision-making processes and empowering women as decision makers and actors in all areas of peace building, as well as activities to sensitize male actors in peacekeeping through gender-focused curricula and trainings, codes of conduct, and disciplinary measures for military and peacekeeping actors.”

In an article titled: “Peace building and reconstruction with women: reflections on Afghanistan, Iraq and Palestine”, writer Valentine M. Moghadam comments: “It was not until the 1990s that violence and the problem of wartime rape acquired global prominence and action. Armed conflicts in Yugoslavia and Rwanda showed that women, like men, are victims of military onslaughts and terrorists actions; they lose life and limb, and join the ranks of refugee and internally displaced persons. Unlike men, however, they also are the special victims of violence, especially rape.”

Indeed people need to acknowledge the stigma attached to rape victims – a consequence of the crime committed against them – who either lead a life of social alienation or voluntarily succumb to eventual death.

In retrospect, one can easily surmise the damaging effects of suppressing sexualized violence in the early 20th and 21st century – from its noticeable absence in the Nuremberg Trials to the rape camps of Vietnam, Bangladesh and Rwanda. Rape has been considered as a weapon of war since time immemorial, though recognized more recently. It was actually Judge Naventhem Pillay – former UN High Commissioner for Human Rights, who first legally defined rape as a war crime, who declared: “ Rape has always been regarded as one of the spoils of war. Now it is a war crime, no longer a trophy.”

Involving women in peace processes is critical to deal with vulnerable groups of marginalized women and children – the primary victims of war, violence, poverty and disease.

It is, therefore, critical to ascertain a paradigm for a more gender sensitive approach to managing issues of war, conflict as well as violence; to apply diversity as an effective tool for not only negotiating peace, conflict resolution; but also for long term reconciliation and rehabilitation processes.

In this regard, the UN Security Council unanimously passed the 1325 resolution “specifically addressing women’s roles in conflicts and peace processes, as well as the impacts of war on women. The resolution advocates for the protection of women and children after conflict, urging parties to take special precautions to prevent gender-based violence; it also calls on states to put an end to impunity and to prosecute those responsible for genocide, crimes against humanity and war crimes, including those relating to sexual and other violence against women and girls. But it also encourages states to consider women’s inclusion in post-conflict reforms such as disarmament, security, and judicial, constitutional and electoral processes.” The 1325 resolution is a cornerstone for any peace building work aimed at the protection of women and integrating them in the peace process.

Here the challenge lies not only in the recognition of women’s critical role in peace building, but rather the enormous undertaking of translating rhetoric into reality.

Writer Zahbia Yousuf points this out in “Women Building Peace”: “A report by UN WOMEN in 2012 (Women’s participation in peace negotiations: Connections between presence and influence) assessing the impact of Resolution 1325, found that ‘a limited but reasonably representative sample of 31 major peace processes between 1992 and 2011 reveals that only 4 percent of signatories, 2.4 per cent of chief mediators, 3.7 percent of witnesses and 9 per cent of negotiators are women’. The report also refers to another survey which found that only 92 (16 percent) of 585 peace agreements since 1990 contained at least one reference to women or gender.”

In order to create a landscape where the meaningful participation of women in peace building process can take place, entities such as the United Nations as well as countries must recognized women as equal stakeholders and, therefore, enhance the quality of women representation especially on the negotiating table.

Not only is it fundamental to build capacities and train women for mediation, negotiation, monitoring of human rights as well as accountability, it is important to involve women in early warning and crisis management as the female gender is socially equipped to deal with, and has the capacity to sensitively understand the socio-ethnic and religious vulnerabilities of affected individuals, groups and communities.