Claudia Galvin’s professional career includes holding senior engineering management positions at imminent Fortune 500 companies including Microsoft, Oracle and Adobe Systems. President of the Society of Women Engineers, Silicon Valley, she is currently a third-year doctoral student at Drexel University in Sacramento, researching strategies on increasing the pipeline of women in engineering. Ananke's Editor Sabin Muzaffar sat down with the eminent trailblazer to talk about women in STEM and the importance of diversification. 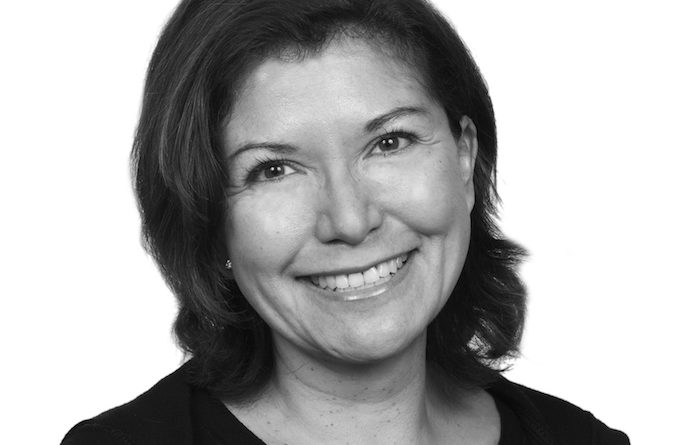 Increasing women’s participation in the STEM fields has become a buzzword in recent times. With technology playing a key role in modern society, the inclusion of the female gender into the skilled workforce has gained more traction over the past several years.

The social media boom and developments in ICTs have clearly illustrated the pivotal role of diversity in the sustainable progress of any country. While Africa which was once deemed a ‘hopeless continent’ by various analysts has seen its economies stimulated by foreign investment, the Arab world has witnessed a tremendous upsurge of women entrepreneurs, technologists and what-have-you – all thanks to the advancements made in Science, Technology, Engineering and Math (STEM fields), in addition to the penetration of smartphone technology and ICTs. Interestingly, women in the MENA region have a greater ratio of participation in the STEM sector than compared to those living in America, Canada, UK and Australia.

Striving to create a long-term impact on the local as well as the global community, president of the Society of Women Engineers – Silicon Valley, Claudia Galvan, agrees, “As a part of the Tech Woman program, I have had the privilege of meeting a lot of African women entrepreneurs and technologists. I was actually surprised to see so many women apply, and amazed to see how extremely qualified they were. I am not from this region but through this initiative, I have been able to see so much potential that exists in women in this region.”

Adding, she says, “It is very interesting to see the number of women in STEM from around the world. We would like to think that there are more women in STEM in countries like the US, UK, Canada and Australia, because most of the development takes place in those countries. But that is certainly not the case. Women are actually opting out very early on. Women in other countries like those in the Middle East and India, and the rest of Asia, in general, are actually choosing to opt for STEM fields, which is very encouraging. Of course, there is room for more research to determine cultural and social conditions that provide an enabling environment, encouraging women to opt for STEM fields.”

Contrary to common belief, choosing a career in STEM poses many obstacles, arising not at the workplace but actually from home and, consequently, in school. From early childhood, girls are conditioned to act, play and explore their surroundings in a certain ‘socially correct’ fashion. From the glittering tiaras to the saccharine pink Barbie dolls, girls are subtly conditioned into predetermined, often archaic gender roles, influenced by ‘sexualized’ media exposure and heavy peer pressure.

Talking about encouraging women to pursue the STEM fields, Ms. Galvan opines, “We must certainly encourage more women to pursue the STEM fields. It is vital to provide girls with a positive environment early on at home. They should have an opportunity to try out and explore how things work in a safe, healthy environment. It is also very important to encourage them to ask questions and be curious about their surroundings. In schools, teachers need to be more supportive of girls. There was a study conducted some time ago revealing that in a classroom situation, educators tend to unconsciously choose boys over girls to answer questions when both raise their hands. Once teachers realize what they are inadvertently promoting and consciously make a choice to encourage girls to speak up, we will begin to see a marked difference. It is important to build teams that allow girls to create things on their own and also to make them understand that it is okay to fail. On the professional front, it is important to have a proper support system for women at the workplace in order for them to grow. Being in STEM is both challenging and incredibly rewarding at the same time.”

Women make choices about how they will be investing their time. Organizations and all stakeholders need to exert effort to support women to promote diversity. “Moreover, it is critical for us women to help other women – something we sometimes take for granted but one that must be done with intent as this process helps in ensuring that when there are opportunities, we are able to share them with other women,” comments Claudia.

Retaining women in the STEM fields especially in mid to high level positions has been relatively difficult. Data shows the percentage of women getting a STEM education is greater when compared to the number of those employed in STEM-related professions.

It is critical for us women to help other women – something we sometimes take for granted but one that must be done with intent as this process helps in ensuring that when there are opportunities, we are able to share them with other women.

Acknowledging the low conversion rates of women studying STEM to women in various STEM professions, Claudia opines, “After five years, about 50 percent of women opt out of the field owing to personal and professional barriers. Indeed, having a career in STEM is very demanding but very rewarding at the same time. So it is important for women to realize that they do have a choice.”

That said, Claudia also recognizes the impact of women inclusion in the STEM fields as far as the issue of equality is concerned, “Equality and the gender divide have faced many a battle over the past many years. There has been 30 years of research done on why women have a lesser ratio of participation in STEM compared to men, though it seems that it could have been written only yesterday. Realistically speaking, things have not changed. And the discussion on women’s equality has been happening for many, many years. Although it is something we continue to strive for, I do believe now is the time to make this change. And if we can get traction in this area, it will definitely have an overall positive impact for equality in general.”

The importance of diversity and gender mainstreaming in a knowledge-based society cannot be emphasized enough. Women are now, more than ever, being called agents of change.

“We are changing the status quo and do understand the importance of having a place at the table and in the decision-making process. By being heard, women fundamentally provide a different viewpoint which consequently results in more balanced decisions. At the moment, the majority of decisions are being made by men but when women have an opportunity to voice out their opinions, then decisions are different and we become proponents of change,” says the eminent technologist.

Taking a bird’s eye view of the business and tech world, Claudia concludes, “The time has come to really embrace this opportunity to talk about the important place of women in society, which not only leads to diversity but a balanced civil society. Women engagement should be encouraged so that we don’t have to wait another 30 years for something meaningful and impactful to happen. We have to embrace the moment now.”