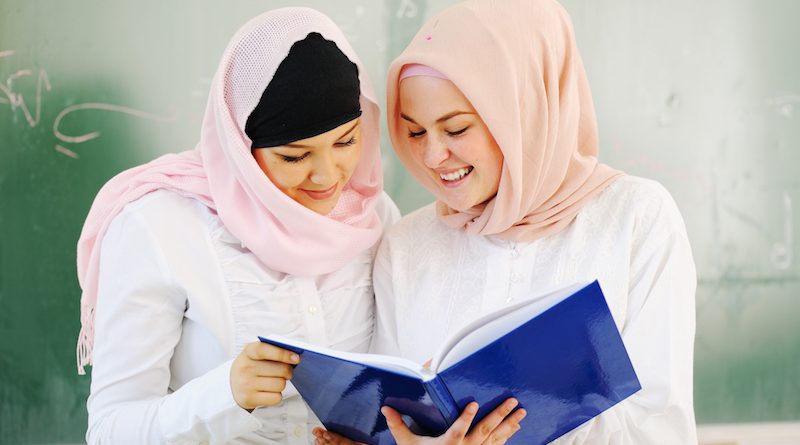 The importance of women participation in economic activities globally, regionally and nationally cannot be emphasized enough. Not only do women represent half of the population of the world, but their inclusion also signifies a balanced economic approach leading towards sustainability and growth.

There is much to be desired when it comes to women in the Arab world. Key findings in a 2013 report by Reuters cast a dismal shadow over the MENA region, with 63 percent of Egyptian women being illiterate and a mere 14.5 percent of Iraqi women possessing jobs. While Syrian girls as young as twelve are getting married off in refugee camps, Reuters report stated Sudanese girls could marry from the tender age of ten. In addition, the same report showed that despite a 93 percent literacy rate, only 17 percent of Palestinian women are employed.

That said, positive change was already set in motion with the occurrence of the Arab Spring, which was not actually a gender-based revolution; but it became a turning point for the cause of women across the Middle East and Levant region. Although experts believe old regimes used “gender stereotypes to delegitimize” the uprising, women’s equality with men did become an issue to be fought over.

Many progressive nations such as the United Arab Emirates have made great strides when it comes to not only reforming policies to include a gender-sensitive perspective, but have also pledged allegiance to the recently launched UN Sustainable Millennium Goals to be attained by 2030.

According to an article published on the UAE Embassy website: “Significantly, Emirati women account for 71.6 percent of students in government tertiary-level institutions and for 50.1 percent of students in private higher education. The 2007 United Nations Development Programme (UNDP) status report on Millennium Development Goals recognized the positive outcome of the UAE’s target-oriented policies in a number of areas, including women’s empowerment. It particularly noted that the state legislations in the UAE do not discriminate on the basis of gender with respect to education, employment or the quality of services provided.”

Many progressive nations such as the United Arab Emirates have made great strides when it comes to not only reforming policies to include a gender-sensitive perspective, but have also pledged allegiance to the recently launched UN Sustainable Millennium Goals to be attained by 2030.

In a recent conference titled “Power Women of Arabia Debate” held in Dubai, UAE, President Dubai Business Women Council and Managing Director asa Saleh Al Gurg Group LLC (ESAG), Raja Easa Al Gurg remarked that the UAE has progressed significantly as far as education is concerned. There has also been a marked increase in women’s participation in the skilled labor force especially in the SME sector where half of which employs women. Quoting the late President of the UAE, H.H Sheikh Zayed Bin Sultan Al Nahyan that nothing should hinder a woman’s progress, she reaffirmed the country’s stance in upholding one common goal of leveraging a platform that showcases women’s voices.

Talking about the country’s economic growth and setting the record straight as far as cultural barriers were concerned, Mrs. Raja Easa Al Gurg opined that women face no cultural barriers when it comes to their participation in the economic activities of the country. She further said that this misconception about not being able to work because of how Arab or Muslim women dressed was only being propagated by certain members of the international media, and reiterated the UAE leadership’s firm conviction about women empowerment’s being critical for progress.

Agreeing with Mrs. Raja Easa, H.E Sheikha Al Zain Sabah, Undersecretary of the Ministry of State for Youth Affairs in Kuwait, spoke about her country’s standpoint on gender mainstreaming. She says, “Gender is not an issue in Kuwait but is rather misconceived by the West. There are no cultural barriers, and we use gender to empower our society. Now, women are leaving micro-businesses and venturing out into knowledge-based sectors. In fact, women in the Arab world are more involved in knowledge-based industries than perhaps in the US.” Adding, she comments, “I don’t know a powerful man who didn’t have a powerful woman behind him.”

According to a recently concluded AT Kearney survey report also titled “Power Women of Arabia” unveiled during the conference: “In the Middle East, there are clear opportunities to further drive gender equality through increased participation in the workforce and increasing women in leadership roles… Over half of the women in the GCC consider to have the same career opportunities as men. 60 percent of GCC companies include gender diversity in their strategic agenda and the majority translate it into women empowerment programs. While 85 percent of women consider women to make as good leaders as men, 65 percent of men consider women to make as good leaders as men.” Unfortunately, though, less than 2 percent of board of director seats are held by women versus S&P500 companies in the GCC.

It is certainly not untrue to claim that the road to economic emancipation as well as empowering women and, therefore, society as whole, begins with restructuring the education system, not only on a regional but on a global level.

The World Bank Gender report stated that by 2013, 66 percent of women in Bahrain, 52 percent in Kingdom of Saudi Arabia, 67 percent in Kuwait, 59 percent in Oman, 88 percent in Qatar and 76 percent in the UAE would be enrolled in tertiary education. Furthermore, about 25 percent of GCC companies employ less than five percent women, while none employ more than 35 percent.

It is certainly not untrue to claim that the road to economic emancipation as well as empowering women and, therefore, society as whole, begins with restructuring the education system, not only on a regional but on a global level. The current curricula especially in this part of the world, from Morocco to some countries in Southeast Asia, need to create a framework that encourages diversity and embrace failure as a part of learning and growth, opening up new possibilities. Moreover, it is critical to re-align education with the trends of the modern world and, most importantly, globalization.

On a professional level, more incubators for women-led entities need to be encouraged as well as supported by all stakeholders from the public as well as the private sector.

Good news is that there are several entities that are, in fact, striving to create social impact through the business of Women’s Economic Emancipation (WEE).

While it is critical to re-strategize the educational model so as not to put women and their creativity in small boxes, it is equally important (or even more so) to include men in the conversation about equality and gender mainstreaming. Without their participation, the patriarchal system and its negative offshoots will be impossible to weed out. It is high time to raise awareness about the need to tap into the pent-up capacity of women among men as the former do make up 50 percent of the population even in the Arab world.

Yet another way to respond to issues of WEE and gender parity is to enact laws and policies intended to empower women and pave the way for a just, balanced and equitable society. This is by no means an easy task but is certainly one that can be achieved through proactive and collaborative citizen engagement.

Indeed, there is so much more to be done.

Taking stock of the situation across the MENA region, it is obvious that there is a long way ahead. Positive changes in the plight of women as well as regional and national economics begins with identifying key areas that need redress starting from realigning gender perceptions right from the home, introducing attitudinal education to curb and combat social inhibitors that disempower women and prevent female participation in decision-making on government, corporate, financial, socio-political and legislative levels.

It is also important to explore new opportunities where women need to be included as well as reintegrated into the skilled labor force through flexible and diversity-centric policies, thereby creating an invigorating, empowering environment.

Last but certainly not the least, gender stereotypes and traditional masculine concepts of leadership need to be dealt with effectively without simply making women leaders into their male counterparts, but also creating social change-makers. It is only by realizing these key areas of change can we attain a cohesive society and achieve the Sustainable Millennium Goals.