March Will be the Month of Women. 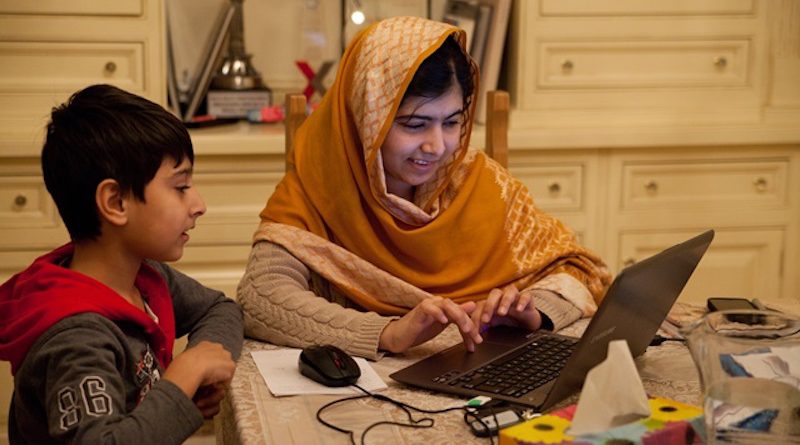 Abu Dhabi, UAE, 13 March, 2016: National Geographic Abu Dhabi, the number one Arabic entertainment documentary channel, will dedicate sizable share of its airtime during March 2016 to woman-specific subjects, notably for the occasion of Mother’s day, and International Women’s day. As such, “He Named Me Malala” will be introduced to the list of aired documentaries.

“He Named Me Malala”

For the occasion of International Women’s Day, the internationally acclaimed documentary “He Named Malala” will premiere on National Geographic on March 8 (19:00 hrs UAE time). Renowned documentary director Davis Guggenheim (director of “Waiting for Superman”) recounts how Malala, her father and family, bore the toll of fighting for the sake of education. The documentary takes the viewer into a detailed journey of this one-in-a-million girl’s life: her relationship with her father who inspired the love of education in her, her personal life at home, leading up to her emotionally-charged speech at the United Nations.

“Home Strange Home”, airing starting March 3 (21:00 hrs UAE Time), is the portal into exceptional and breathtaking homes, by which the owners realized their dreams, visions, and fantasies through the means of unconventionality.

The show, airing starting March 6 (21:00 hrs UAE time), will showcase all the tricks and skills the viewers need to have. Host Brian Brushwood will share the helpful and magical hacks he has gathered over a period of 15 years. He shares the tools used by all scientists, spies, scammers, and stuntmen, adding a twist of his personal knowledge, to help defeat the foes … legally. Brian shows how to hack home systems using innovative ways to survive life-threatening circumstances, and how to outsmart those who manipulate the system. He provides legal advice and shortcuts to helpful tricks, one “hack” at a time.

“World’s Deadliest” explores the hardest predatory moments in the animal kingdom, bringing into your home the struggle for survival and control. Follow the show, airing starting March 9 (20:00 hrs UAE time), to learn how predators arm themselves, defend their territory and status, and ultimately pounce on any creature trying to cause them harm. During these struggles, size does not always matter; some of the smallest animals can deliver fatal blows to the world’s deadliest.

Launched in July 2009, the free-to-air National Geographic Abu Dhabi invites viewers in the Middle East to re-think the way they see television – and the world – through smart, innovative programming in the Arabic language. Brought to the region by the Abu Dhabi Media (ADM) and National Geographic Channels International (NGCI), the channel is dedicated to understanding and protecting the world, with its worldwide reputation of producing credible and authentic content that fits different viewers’ interests.