Technologist, Special Advisor, Office of the Chair, Women Girls and Technology at Mozilla, Anar Simpson talks exclusively with Sabin Muzaffar about her professional journey and economically emancipating women through tech. 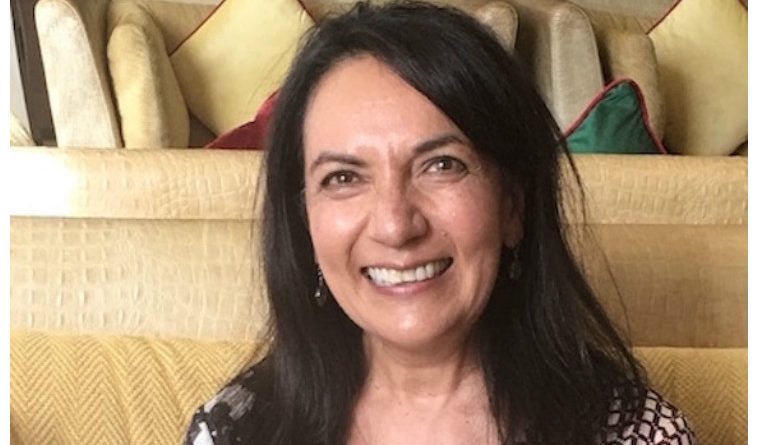 Tell us about yourself?

I was born in Kenya and moved to Canada in the late 70s. After finishing school, there was one thing on my mind that I wanted to do in the university and that was computer science. Later, based in the oil and gas city of Calgary, my first job was at a startup where I literally worked from being a salesperson to documentation writer etc. So it was a really good first year as I learnt a lot of new things there.

What would you say was your first big professional achievement?

After my two-year stint at the startup, I joined Pan Canadian Petroleum, which is a big oil and gas company, where I quickly moved up the ladder in just five or six years. It was there I introduced and brought in standardization of technology.

It was a big company of about 1800 employees and everyone was using various platforms. There were different divisions and everyone had their favorite spreadsheet etc, so we made the decision to implement a standardization of technology. While doing all this, I also set up the company’s first help desk in addition to writing their very first artificial intelligence system. So I did many things there and really enjoyed my tenure in the oil and gas sector.

How did you make it all work; there is your highly successful career as well as your family and kids?

I went back to the university and even taught for a little bit. There is a moment in your life when you are at a crossroad and that is when you have to stop and think. After my second child, I went back to school for my masters degree. Those were challenging times because you’re in such a dilemma – on the one hand you’re doing so well professionally and you have your family life too.

I started working as a manager for the under-grad degree at the university of Calgary. I taught for a little while and then moved to administration so I was doing all kinds of things there.

What kind of support does a professional woman like yourself need to make it happen?

I would like to say that I wouldn’t be here if it weren’t for my husband, who has always supported me. It really is about HeForShe, as it works to empower women.

Tell us about your start up Parallel Earth?

We moved to Silicon Valley when one of my husband’s startups got acquired and the company requested him to move for a smooth transition. Later, they asked him to stay on. We had initially thought of staying in the Valley for a year. When this happened, I decided to go to Stanford and enrolled in the program called Innovation and Entrepreneurship. I also started my own company called Parallel Earth. It took two years of blood, sweat and tears.

I found it tough to have a woman-led startup in the Valley. My Canadian partner wanted to take the company in a different direction and I agonizingly said yes ok! But let me tell you something great out of that experience. I stand validated as what we were doing at Parallel Earth which was essentially an aggregation of social media sites, unifying them on a single platform – say for instance for an event and monetizing it; this is what Twitter is doing now. It took them five years to do what we had already done. So I feel validated because even though my idea didn’t get funded, which happens to a lot of startups when you are way too early for the market; my efforts stand validated. It is great the way everything turned out.

How difficult is it for a woman-led start up in terms of funding and investment?

Funding is hard and not just for my company. You need to be a little thick-skinned. I just think that I have been really fortunate as it would have been impossible to do so many things without my husband. He openly pitched on my behalf. He did not support TechWomen and Technovation only for me, but also because he believed that they were the right things to do.

I do think there is a bit of prejudice when it comes to investors who are usually men. It is all about who you know and there is also an unconscious bias.

You have been involved in a number of initiatives, tell us about that?

I got involved in a number of initiatives during my time at Parallel Earth. One was TechWomen, which is a program by the US State Department. Recruited as a mentor, I was able to use my knowledge of the valley and the companies I have worked with. Together we made TechWomen really robust even convincing Google to come on board. I have been their (TechWomen) advisor for the past five years.

At the same time, Technovation came by. My involvement with the initiative has an interesting back-story. Mozilla had given me space for my start up, so because I was already in their ecosystem, somebody sent me a note asking if I wanted to go to this event happening at the Horowitz Sand Hill road, where speakers included Marissa Mayer etc. Now these are names you just cannot say no to. So when we went there, these women told us their stories and then invited us to participate in the Technovation program.

Technovation was initially an offline program in the Valley, how did you contribute to making it global?

At first, Technovation was not online. They had a LinkedIn as well as a Google campus. So I would go there to mentor teenage girls and over 12 weeks magic happened! These girls blossomed under my eyes. We learned what the instructor had to tell us and worked hard on an App. It was a truly magical and eye-opening experience, especially because my team won the Google competition. We came second in the finals.

We made the initiative global with the help of Mozilla. My husband connected me with people at the Mozilla Foundation – the company as you know works on Open Source as well as Peer to Peer. One thing I do want to mention here is that my husband opened so many doors for me and to empower girls, helping us steer the initiative to what it has now become. It all came together and that is how we made the curriculum online; becoming global.

Anar was also awarded Distinguished Alumni of the Year by the University of Calgary.

Tell us more about TechWomen?

In TechWomen, girls from 21 countries participate. We have expanded to North Africa and this year Central Asia. These girls come to Silicon Valley for three weeks and are mentored. We then all go to Washington to participate in high-level meetings. In spring, a delegation from TechWomen visits the countries from where these women come from. This year we have been to Jordan, Zimbabwe and Kazakhstan.

You are currently working on a Mozilla-led initiative…

I have actually been traveling with the TechWomen team to Jordan, the UAE and Zimbabwe because of my work with Mozilla. We wanted to know firsthand the status of women and it is good to travel with TechWomen as they have already made the connection. We have come to know so much about Jordan, Dubai, Zimbabwe, and Kazakhstan apart from other participating countries. Mozilla’s Mitchel Baker has been selected to be on the high-level UN Panel and I am closely working with her on that. So all this bulk of information will be put to good use.

The best thing for me was to move to Silicon Valley, which gave me the freedom and inspiration to innovate. The ability to do what I really wanted. Silicon Valley was eye opening and in a way is a lot like Dubai – having a diversity of thought and diversity of acceptance.