Cultures of Care: On Media and Gender

Sabin Muzaffar takes a brief look into the role of media in promoting feminization of care in eastern societies. 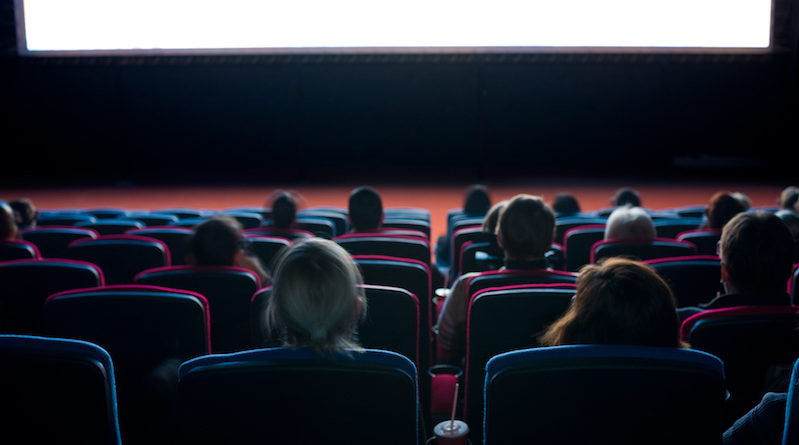 This is the last article of Ananke’s special series on Care Economy. Click to read the first and second articles.

While the realm of fiction has been a playing field for feminist writers such as the Sub-continent’s Quratulain Haider, Ismat Chugtai, Kamla Das and renowned Arab author Nawal el Saadawi, media has ironically played a dismal role when it comes to empowerment, equality and women’s rights.

A majority of population in countries like India, Pakistan and Bangladesh live below the poverty line with millions remaining illiterate. That said, be it gender bias or the propagation of hegemonic norms, these customs have seeped into every nook and cranny of society through films and TV. From advertisements to teleplays, soaps and dramas – content has been geared towards reinforcing a patriarchal mindset among the masses.

While in India, work is being done to raise awareness about the plight of women and in Pakistan, NGOs like Aurat Foundation are striving hard to highlight the cause of women; media with its stereotypical portrayal of woman – as the sacrificing mother, the docile sister and the “ultra liberal” working woman only goes on to strengthen a belief system that shutters woman into the confines of her home and promotes feminization of care.

Specifically speaking, dramas – with audiences glued to their seats from across India, Pakistan to Sri Lanka and Malaysia – illustrate sacrifice only as a woman’s virtue. It is the woman who gives it all up, sacrifices or bears the brunt of society not only for her kids, but also for the family or husband’s honor. And because of lack of awareness coupled with a patriarchal mindset, care work too is shown in traditional media – be it TV or film – as the sole responsibility of the woman.

Yes there have been certain changes as far as direction is concerned, especially if the filmmakers happen to be women like Oscar winner Sharmeen-Obaid Chinoy. Media industry, however, remains the same especially when it comes to care or unpaid domestic work, which is not even considered as real work on a familial or societal as well as policy levels.

Deputy Director Projects at the Senate of Pakistan, Gloria Caleb elaborates: “It is believed that around the world women spend between two to ten times more time on unpaid care than men. This is one major cause that generates gender gaps in ‘labor outcomes’ that include wages and job quality. In the Subcontinent, we often observe that gender roles are firmly defined. Since childhood the only things that women are taught to pursue are a man and a home. All else is deemed secondary. This mind-set has seen itself entrenched firmly in the media, which follows the dictates so much so that anything besides that is considered declaration of war on tradition and society. Let’s take the example of Insurance Policy advertisements, it is emphasized that the policy needs to be bought to marry of the girl child in the future and educate her brother, thus promoting the menace of dowry. Similarly is the case portrayed in a mattress advertisement. All cooking oil advertisements promote women slaving in the kitchen, whereas in reality there are numerous men who share the joy of cooking. This is the only dream that is woven for the woman since childhood and God forbid if that shatters then she stands lost. The first step towards undoing the portrait of the woman painted in the media is keeping in check entrenched gender norms. It is imperative that the media in South Asia is sensitized in equality for women. Policy makers should focus on measures needed to enhance opportunities available to women. This would have important implications for achieving gender equality by re-introducing women to the labor market and enhancing the quality of work and wage opportunities available to them.   Women are generally epitomes of care, however, this should not be done at the cost of their self-esteem and well-being.”

Media has reinforced a belief system that shutters woman into the confines of her home and promotes feminization of care.

From an Indian perspective, Mandy Sanghera, a human rights activist in the UK, was of the opinion: “Media is key if we want to see a change, messages need to be clear and simple. We have to change negative images, which are portrayed within the media. We need to educate women if we want to see a change. It is important that we talk about women empowerment. I am an ambassador of Your Saheli (Friend), a support group for widows and divorced women. We are bringing women together to challenge out of date cultural norms and practices. Women also have to take some responsibility if they want to see a change. T o begin with, we have to support one another, we need to use social media and all other forms of media to raise awareness of issues affecting us. Feminism needs to be discussed openly.”

Women especially in the GCC are relatively more aware of their rights and empowered compared to those living for example in the Sub-continent, though there is a dire need for more to be done as far as gender equality and breaking gender stereotypes are concerned. One reason that can be attributed to this awareness is the economic prosperity enjoyed by these oil rich states, and a huge chunk of female population being educated. Also statistically speaking the population is less when compared to the Sub-continent alone, where women are marginalized because of poverty and illiteracy – and therefore are robbed of their basic human rights; let alone being recognized or even applauded from bearing the double burden of domestic/care as well as outside work.

According to the book Women of the Arab World: “Freedom of the Arab woman is a pre-requisite of a social renaissance and a creative civilization. Freedom of thought and expression are the basic means to achieve a sound consciousness. Without this, Arab women cannot transform themselves into political force… Women cannot achieve social consciousness without consciousness of self. Can the woman who is dependent on her husband liberate other women, or the nation, from dependency? An Arabic proverb says ‘those who lack a thing, cannot give it to others’. From here we derive the importance of the Self, or in other words personal liberation for Arab women for the sake of general political and social liberation.”

Both traditional and new media is reeking with imposed images of womanhood; be it the overtly sexualized vixen, a shrew, tamed by those ‘possessing’ her or the masculinized female breadwinner of the house – loud, brash and unbridled. Yet there are fine examples of women like Indian Tennis players Sania Mirza epitomizing empowerment by standing up to biases against her gender and challenging set norms of womanhood and that too on live television.

While the traditional media generally emanates from the stench of sexism, all is still not lost. It comes down to the readers, viewers, tweeters – denizens of the virtual world who are now coming forward and vociferously raising voice against gender biases, applauding cultural diversity, celebrating female excellence in each and every vocation be it the saber sporting Ibtihaj Muhammad, the mesmerizing gymnast Simone Biles to the Egyptian Volley ball team at Rio 2016. Equally important is to take a stand as far as care and unpaid domestic work is concerned. It is high time to take the road less travelled for the sake of equality in every sphere of socio-economic and political life. Change is in the air, things are finally set in motion and as the Canadian Prime Minister Justin Trudeau rightly said ‘Because its 2016…’ We are truly OUR only hope!

Cultures of Care: On Gender And Autonomy