Cultures of Care: On Gender And Autonomy

Sabin Mustafa takes a look into the impact of care on woman’s bodily and financial autonomy in Eastern societies. 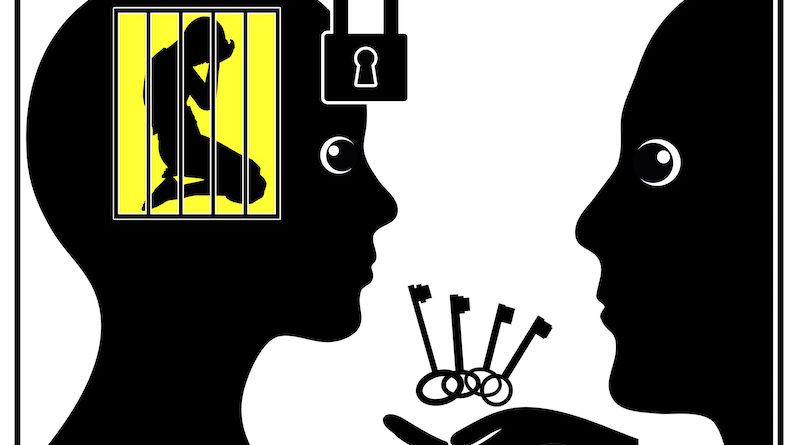 This is the second article in the three part series on Care Economy. Click to read the first article.

Gender has played a galvanizing role in the division of labor from time immemorial. From agrarian communities to modern age societies, economic development has formed its base by leveraging women as tools of production.

Remarkable agents of change, women have consistently been robbed of their basic human rights due to a complete failure – on a global scale – to recognize their toils and hard work inside as well as outside their homes.

Those in power have always been quick to shape a mindset that endorsed gender-based inequalities; stemming from – among other factors – lack of recognition of women’s labor. In addition to this, by restricting her movement, neither allowing her to be aware of her rights nor providing her proper access to education and resources.

In a previously published Ananke interview titled ‘Silencing the Lambs: A look into Domestic Violence in Pakistan’, Pakistani NGO, Blue Veins’ Qamar Naseem, a vocal advocate of women cause, explains: “There are many factors that contribute to women’s disempowerment starting with patriarchal system, women’s dependence on male members of the family, illiteracy, no access or control over their personal or familial finances and most importantly lack of bodily autonomy. There are many women who are economically independent; but are unable to practice their rights and therefore their fates are more or less the same as those who are economically challenged. Even the Pakistani woman – especially those living in rigid communities – are not gender sensitive. There are a number of women who do not believe in women empowerment. They have been led to believe domestic violence, women DISempowerment is a part of nature and culture. That theirs is a subordinate role, which they have to embrace.”

Mandy Sanghera, a human rights activist in the UK, comments: “Sadly in the Sub-continent, women are still fighting for equality. Many are dependent on male family members financially. We need to educate young women if we want to see a change. Studies have shown that girls who are working or are studying are unlikely to be forced into a early child marriages. We need to create real job opportunities if we want to move women out of poverty. Women are been forced to sell their bodies in order to survive, women are even forced into sleeping with strangers for money by there families. The Sub-continent needs to change its attitude towards women.”

The same holds true for the Arab world in general. According to feminist writer Nawal el Saadawi: “Real emancipation can only mean freedom from all forms of exploitation whether economic, political, sexual or cultural… There is no doubt that freedom from economic exploitation is an important contributor to the total cause of women’s emancipation, but it must be linked to freedom from all other forms of oppression, whether social, moral, cultural women, and men also, become free.” 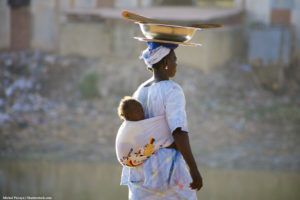 It was in the 1960s when the notion of unpaid domestic work rose in discussions amongst sociologists and economists in the West. It was also the center of much debate during the United Nations World Conferences in 1995. Starkly different from the informal sector that does entail some kind of remuneration as well as policies – regardless of how low that is; unpaid domestic work includes care work that is consistently recognized as something a woman has to do for her family with the assumption that it is her natural and biological duty – completely ignoring man’s participation and co-responsibilities who is also an integral part of the family.

Care work being a critical component of economic development is something unheard of in most Eastern societies. In Pakistan, alone, absolutely nothing is being done to alleviate the situation. To make the situation worse, there is no data whatsoever available on gender, women’s participation in labor market or domestic paid and unpaid work.

Pakistani NGO, Bedari’s Safeer Ullah Khan says: “I personally believe that women’s role of sole care providers is yet to be recognized as an issue. I have been working in development sector for over 16 years now, and have been associated with a women’s rights NGO (Bedari) for over eight years. I have yet not attended a single event (seminar/consultation/workshop) on this particular issue. If people already working for women’s rights are not raising this issue, one can imagine how neglected this issue actually is in policymaking circles. I believe our policy-makers have to cover a lot of distance to reach a point where they are be able to understand this issue and do something about it. There is no conscious effort on addressing caregiving as a gender issue at policy level. Our state institutions (parliament and Council of Islamic Ideology) are still discussing ways and means to subjugate women further, and making it legal for husband to beat their wives if they think their wives are not serving them well.”

“However, there are some measures that have been taken by various governments (federal and provincial), and these measures have addressed the issue of caregiving to some extent. For example, when a government installs water supply schemes, it helps reduce the burden on women, as they don’t have to cover long distances to fetch water. Similarly, the Benazir Income Support Program (BISP) is another way of empowering women as the federal government pays a small stipend to women directly. The initiative makes it mandatory for women to have their citizenship card (called Computerized National Identity Card or CNIC), and they themselves have to go to the bank to collect money. Thus the money actually lands in the hands of a woman, which gives her a certain amount of financial power. These steps have raised women’s status within the household. More women have been allowed by their male relatives to get registered with the National Database and Registration Authority (NADRA).”

He adds: “Similarly, the (Pakistani province) Punjab government has been particularly focusing on bringing women into the workforce. It has increased quota or reserved seats for women in government jobs; in addition to ensuring that women do benefit from various schemes like subsidized loans, skill training programs, representation at various government institutions etc. Such steps are encouraging women to take up various jobs other than caregiving. These steps are improving their financial status as well. However, there seems to be no conscious effort to change the mindsets around caregiving. Hence the women who take up jobs, have to fulfill their caregiving responsibilities as well. So it actually doubles their burden. Such a woman is not only overburdened, overworked, stressed, but also suffers from a kind of inferiority complex as she feels she is not able to fulfill her responsibilities properly.”

Care work being a critical component of economic development is something unheard of in most Eastern societies.

Expressing his views on paid domestic work, Safeerullah says: “Pakistan is particularly bad on having authentic data. We have had a census back in 1998 – 18 years ago. So currently, we don’t know exactly how many people we are, let alone have any other kind data on gender etc. Paid domestic work is part of the informal sector and therefore remains unregulated. Hence there is no statistical information about paid domestic workers, in terms of gender. Their wages are again not documented. In such a dismal scenario, it is not possible to even quantify caregiving provided by housewives. We cannot make any reliable estimates about their contribution to the economy. However, it is very clear from these very facts that caregiving and domestic work is not considered important. It is not getting any attention, which means women’s work is being underestimated; it remains unacknowledged/unrecognized, and undocumented.”

Talking about the affect of care on women’s mobility, he says: “As caregiving is considered a woman’s job, it limits her choices in many ways. Most of the women do not take up jobs as they provide care to the children, elderly people, and animals at home. While men have all the freedom to go out and look for a job, women have to fulfill their caregiving responsibilities without help or co-sharing (of responsibilities). As opposed to men who can travel to other cities for work, a woman has restricted mobility for she availability at home is vital. Many a times, she prefers professional unchanging status quo; declining promotions thus preventing financial growth. It makes them more dependent on their male relatives for their economic survival, and this dependence makes them weak, and vulnerable to domestic violence and abuse.”

Talking about the Pakistani woman, care work and socio-political culture, eminent activist and resident director of renowned Pakistani NGO, Aurat Foundation, Mahnaz Rehman opines: “Of course culture plays an important role as to who should take care of the children, old and sick people in the family. But behind this norm are the politico-economic systems that decide division of work within the family. In Pakistan, mostly men are the breadwinners and give more time to public life so the care duty is therefore assigned to women.”

She further adds: “Politics and policies are also determined by social rules and traditions as well as by economic interests. To be more accurate, politics and policies are determined by vested interests, the ruling class tries to protect the interests of their own class. Ours is a materialistic society, the activities that bring money are considered important while care work is not given any importance. Women are restricted within the confines of their homes and their work within home is not recognized.”

Delving deep into the issues of care work in the Indian society, activist Mandy Sanghera opines: “We need better rights and services for care providers. Women need to be empowered to take lead. The policies are very oppressive towards women in India. Employment laws etc. need to be family and women-friendly. We need to provide a living wage if we want to see a change. Women need governments and society to get away from the negative attitudes and stereotypes they have about women as sole carers. In the Subcontinent, I have seen widows being forced into marriages to their father / brother in laws etc. A woman is not defined by a man. Also, we can’t ignore the fact that children will exploit mothers and even abuse them. Safeguarding is key.”

With a complete lack of societal recognition of the central role care work plays in social reproduction and economic development, achieving Sustainable Development Goals will remain but a mirage. Bringing care work into the limelight and enabling equitable socio-political mechanisms surrounding it is the only way forward. Question is can we begin by dismantling the mindset?

Cultures of Care: On Media and Gender