Sabin Muzaffar laments about the exclusion of women in Pakistan’s leading digital event of the year. 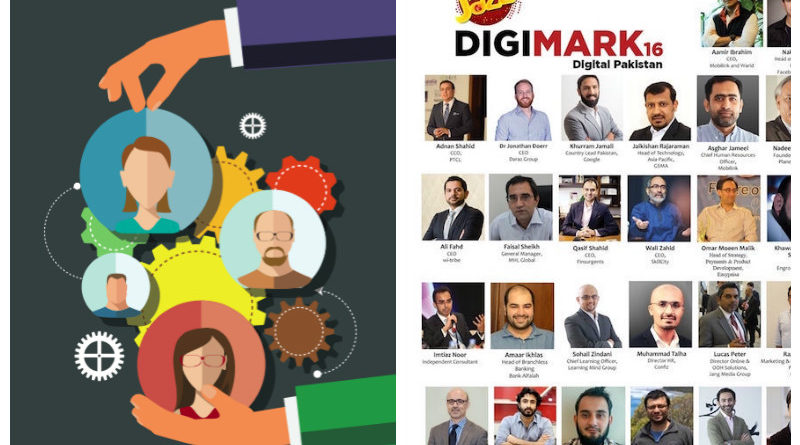 Half of the population of the world is women. Termed as the next billion, women are touted as the torchbearers of global sustainable development. Reams of paper have been written, scores of posts published about the critical role of women in every sphere of society, be it economic, political, social and most importantly technological. From the Arab Spring to women rights’ protests on the streets of Delhi, the new millennium has seen a deluge of pro-diversity events and initiatives that strive to empower women and in the long run the society!

So, it comes as a big surprise when an event in Pakistan which is termed as an opportunity not to be missed, a ‘must attend’ for innovators, business leaders and what have you; which boasts an array of formidable speakers from the technology sector from Pakistan and the Asian region – but only goes on to include just one, lone female on that stellar speakers’ list. The event in question is the Jazz DigiMark 2016, Pakistan’s International Digital Conference held in southern city of Karachi, this August.

There is no dearth of women entrepreneurs especially in Pakistan – be it tech or otherwise! From the likes of tech gurus such as Jehanara who was even invited to the White House on behalf of US President Barak Obama to speak about entrepreneurship in Pakistan, the awe-inspiring founder of the groundbreaking accelerator, Invest2Innovate Kalsoom Lakhani to the real change-maker and founder of Women’s Digital League Pakistan, Maria Umer. The list does go on and on…

Yes patriarchy and set social norms do play a big role in stereotyping vocations; gender segregation in labor markets and technology sector is obviously no different. While things are changing at a rapid pace all over the world, even as far as the GCC countries, India or China are concerned, the Pakistani economic engine driven by the ‘big boys’ of the corporate world seem to be stuck somewhere in the Stone Age.

While governments and the private sectors in a number of developing as well as under developed countries are vociferously advocating inclusion of women especially in STEM fields as well as other businesses, women in Pakistan are bereft of support from both public and private sectors, apart from a few initiatives such as WomenX Pakistan etc.

According to the DigiMark’s press release: “DigiMark is growing every year and now have speakers, panelists and supporters from across Asia. We believe, in the near future we will gather the digital fraternity across the globe for a brighter future of Pakistan.”

Boasting to showcase prominent voices from industry leaders in both Pakistan as well as Asia, the question here is how the prestigious organization ended up inviting one single female to speak at the event? And more importantly, how can it make good its claim of realizing its vision of Digital Pakistan by completely ignoring the other half of population?

In an guest article for Ananke, founder of the US-based Meera Kaul Foundation, Meera wrote: “Evaluating the current STEM landscape, it’s concerning to learn that product development and problem solving is mostly spearheaded by male engineers, yet 50 percent of users of those products are women. And it makes sense to include women in these processes – their point of view and perspectives should be encouraged from the earliest stages of the design and creation process.

Pakistani women are progressing in leaps and bounds: from Maria Umer, an Ashoka change-maker nominee who consistently strives to empower girls through digital education to Saba Gul, an MIT alumnus and a Young Global Shaper at the World Economic Forum and founder of Popinjay – an entity with ‘the grand vision of providing equal opportunity to everyone on the planet.’ And then there are others like Fiza Farhan who was appointed member of the UN first-ever High Level Panel on Women’s Economic Empowerment in February 2016.

Including women into socio-economic conversation makes business sense. If it didn’t, we wouldn’t be seeing the likes of Facebook’s Co-founder, Randi Zuckerberg more than occasionally doing a Facebook Live at numerous conference venues or even the out-going Secretary-general Ban Ki Moon backing the appointment of a woman to head the United Nations this year: one for seven billion! According to McKinsey, advancing women’s equality could add $12 trillion to the global GDP by 2025.

Would it not have made more sense to invite brilliant Pakistani female trailblazers who could have coherently illustrated the importance of inclusion? Would it not have made business sense for DigiMark to showcase themselves as front-runners, leaders even, of diversity? After all, at the end of the day – it is all about numbers!