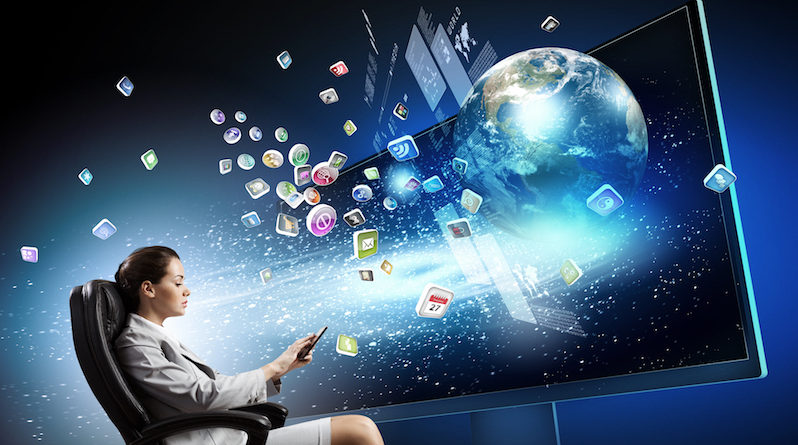 The simplest definition one can give to STEM is what it stands for, which is Science, Technology, Engineering and Mathematics. STEM is important part of education in a competitive global market. The ultimate goal of STEM education is to encourage students to take an interest in STEM subjects at an early age, which would be beneficial to them when seeking for jobs and, in turn, would benefit the global community.

In line with the agenda which we seek to fulfil through STEM, Women Engineers Pakistan and Ananke; two giant non-profits organisations whose missions are to boost and showcase women’s talents, and to train and mentor them to obtain professional opportunities in their fields of study, worked with the second batch of their online internship programme in carrying out a survey to verify and understand the thoughts and ideas of women in the STEM fields.

The following is an analysis of the responses from the survey carried out. 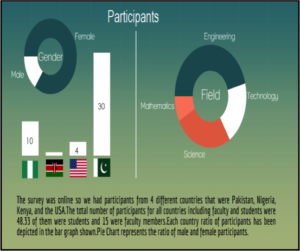 Firstly, the larger percentage of the women respondents were from Pakistan and Nigeria, while a few came in from Kenya and the United States of America. A fascinating aspect of the responses received is that some came from men in the STEM fields, too. Meanwhile, most of the students and faculty who participated were involved in the engineering field.

The survey helped us in understanding the thoughts and ideas of women in the STEM fields. The results give evidence of the higher rate of women’s involvement in STEM education, and also indicate women’s readiness to overcome obstacles that may hinder them from achieving their set goals and objectives.

In answer to the question “What steps have you taken as a teacher to eradicate gender discrimination,” one of the respondents from Pakistan wrote:

“Well, as a teacher I always try to provide a gender-neutral environment for study. I deliver my lecture in a way that they feel more like students rather than being primarily male or female. I assign them projects in groups comprising both males and females. I also ‘force’ them to communicate with each other.”

And a Nigerian surveyee wrote:

“We can teach the youth to continue believing in what they need to be doing in life regardless of their gender. The core moral values are to be a good person, do good and to succeed and be happy in what they are doing.” 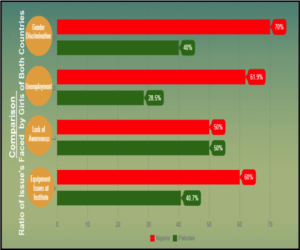 In a comparison done of both countries, that is, Nigeria and Pakistan, it has been noted that gender discrimination is a major issue in both countries. It was also noted that some archaic traditions which do not permit women to occupy top professions continue to persist. As a result, women, especially in Nigeria, face discrimination and violence. Besides these, issues like unemployment, inadequacy of provided equipment, and the lack of required equipment / resources and awareness still exist.

“I was confused about which field I should go because, in society, there is a mental perception that these (STEM) fields belong to MALES.”

The participants of the survey also gave some recommendations on how to improve the level of STEM education in both countries. According to them, the government should conduct seminars or workshops to encourage girls to join STEM at a national level, and that proper media coverage should be given to them. Also, social media can be used as a medium to generate awareness.

It has been concluded from the survey that STEM education should not be gender-based. It has also revealed the capacity of women to learn and become professionals by succeeding, breaking barriers along the way so that women can be found engaged in every field of STEM the way men already are.