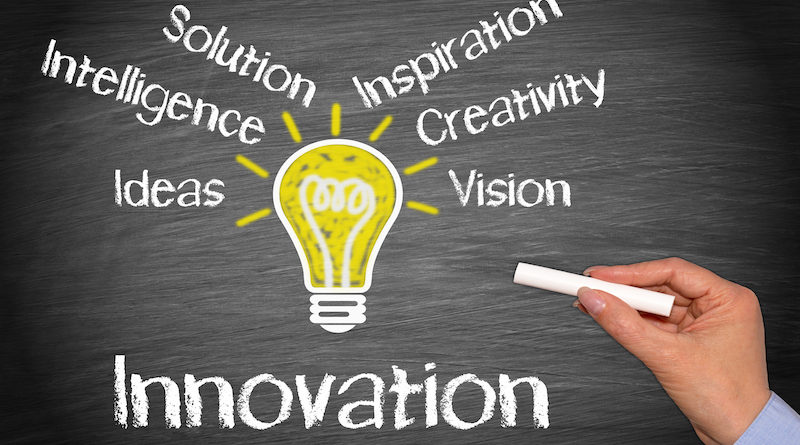 Women Engineers Pakistan and Ananke Magazine strive towards one mission, that is, women empowerment in every realm possible.

STEM (Science, Technology, Engineering and Mathematics) is one of the fields where women’s representation is currently quite low. It’s this that has given way to this research whose purpose is to find out the difficulties faced by female students in STEM, and steps being taken to encourage more female students to join the STEM fields.

The survey is based on responses by female students, male and female faculty.

The surveys were carried out through Google forms and the responses were collected in the form of an Excel spreadsheet. The subjects of the survey were women in STEM careers and faculty in this field.

The survey was conducted to identify issues faced by girl STEM students.

It is quite obvious from the survey on individual women, who are either students or already have careers in STEM, that women in our current society are pursuing STEM out of their own volition other than just compulsion. Out of 27 individuals interviewed, only five pursued their course in STEM because someone forced them to. This means that more women are willing to venture into STEM career areas previously considered murky waters for women.

The purpose was to assess the role of educational institutions in empowering girls through STEM. 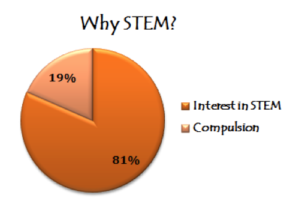 From this research, it is also evident that women already understand the challenges that come with being in STEM, such as balancing work and parenting; but these women are willing to take on these challenges and excel in STEM. Majority of the subjects in the survey intend to pursue their careers to their end. This means that in future, unlike currently where the STEM sector has fewer women than men, there will be more women who can then mentor other girls to get past the stereotypes that these careers are a “reserve for men.”

The second survey targeted STEM faculty due to the influence that teachers and instructors have on their students. Their opinion was of importance as they play a significant role in mentoring students in their class. Their unavailability due to their busy schedules was a hurdle to our research as we could not get as many responses as possible from the 10-minute questionnaires. However, every faculty member who participated mentioned the need for society to encourage more female students to be part of STEM. All were of the opinion that gender should not be a factor in determining one’s success in STEM careers as previously thought. 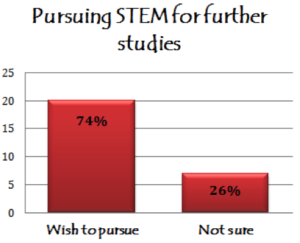 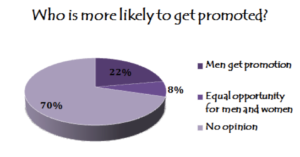 The faculty respondents suggested that mentorship, the sharing of success stories by women already in the field and organizing seminars to demystify the stereotype around STEM were some of the ways the world could use to get girls to specialize in STEM.

Patriarchy was also cited as one of the reasons why there have been fewer women in the nescient societies. Thus, the respondents were of the opinion that schools should encourage female representation in all activities including clubs and sports activities to give both men and women equal opportunities. 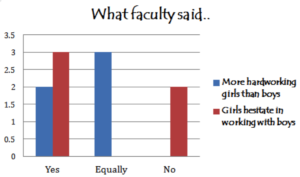 In conclusion, having gender-neutral admission policies and equal cut-off points in STEM courses are some of the strategies that institutions could introduce to encourage gender equality in STEM as per goal number three of the United Nations Sustainable Development Goals. 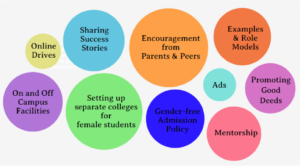