Habiba Wael shares information about the seldom talked about issue of violence against older women. 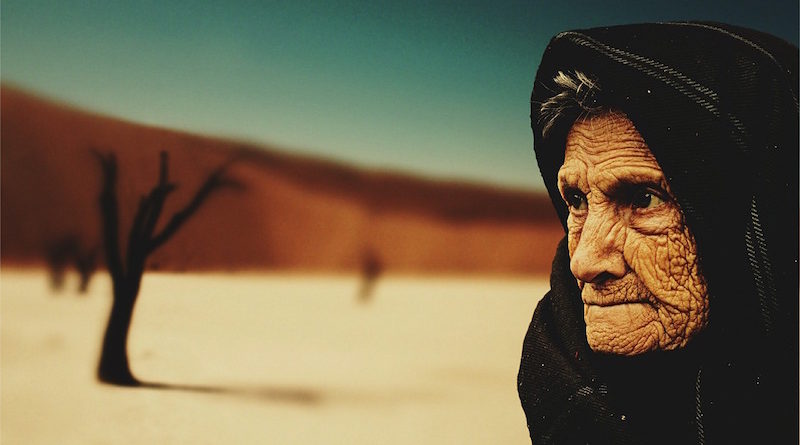 The United Nations defines violence against women and girls as “Any act of gender-based violence that results in, or is likely to result in, physical, sexual or mental harm or suffering to women, including threats of such acts, coercion or arbitrary deprivation of liberty, whether occurring in public or in private life.” Violence against older women includes physical, psychological, sexual violence, and, verbal abuse, financial exploitation as well as neglect.

While there has been much talk globally focusing on gender equality and women’s empowerment centering particularly women and girls of reproductive age, research shows that the issue of older women (above 50 years of age) seldom makes it to the forefront. Sad to say the situation becomes more gruesome as no development programs and the consequent benefits derived from these initiatives never really happen. This silence and disregard results in inaction when it comes to alleviating the plight of older women suffering from violence.

Looking closely, data suggests that 58 percent of women aged 65 and above are illiterate compared to 34 percent of men of the same age group in under developed and developing countries. According to objective of the Madrid International Plan of Action on Ageing: “Older women face greater risk of physical and psychological abuse due to discriminatory societal attitudes and the non- realization of the human rights of women. Some harmful traditional practices and customs result in abuse and violence directed at older women, often exacerbated by poverty and lack of access to legal protection.”

A 2013 UN report highlighted the fact that domestic violence legislation does not, in general, specifically include older women.

According to Age International: “In Mozambique, 62% of older women surveyed had experienced some form of abuse in the past 6 months (2011). This broke down to: economic abuse (47%) emotional and psychological abuse (37%), witchcraft accusations (21%), physical abuse (11%) and sexual abuse (5%). Only 3 out of 10 older women officially report such cases. 28.1% of older women in Finland, Austria, Belgium, Lithuania and Portugal, experienced some kind of violence or abuse in 2011. Perpetrators of the abuse were partners/spouses but older women were also abused by their adult children or children-in-law.”

It further reports: “A study on intimate partner violence against older women found that the older the woman is, the harder it is to cope and engage in help-seeking behavior.”

Violence where older women are victims influences society’s preconceived notions pertaining to ageism intensified by deep-set gender inequalities and patriarchal mindset. It goes beyond communal and social identities, ethnicities, professions, economical positions, as well as health statuses. How an older woman experiences the abuse is thus determined by rigid structures of society, traditions and culture.

Can you see what this violence leads to? A society where no one feels secure, a community built on fear, hate and inequalities. Progress can hardly be possible until each and every individual – regardless of sex, age, race and ethnicity you – are given their due rights and seen as equals.

Paying respects to a trailblazer