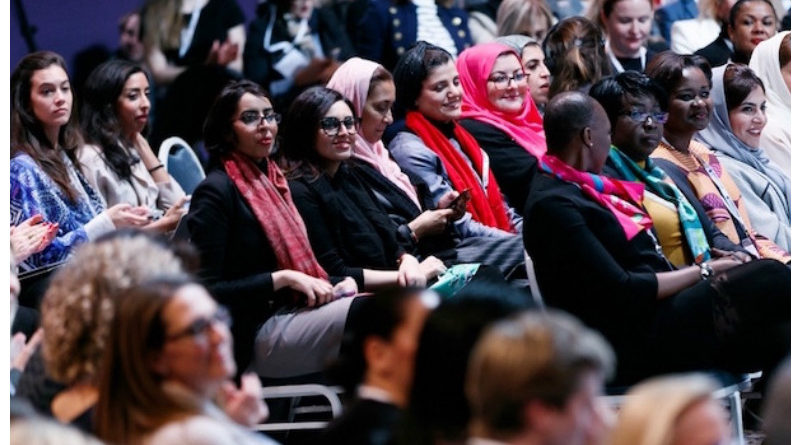 The 12th edition of the annual forum is built on the theme of “Is the sharing economy a sharing world?” and is considered one of the most prominent global forums which highlight women’s position and their effective role in the development and economic process of countries. DWE’s participation comes as part of their belief in strengthening the role of Emirati and Arab women in the forum following the successful Global Women’s Forum Dubai (GWFD) earlier this year, in addition to DWE’s interest in discussing future and joint cooperation mechanisms with the Women’s Forum for the Economy and Society and the possibility of organising additional forums specialised in supporting and enhancing women’s roles and participation.

The delegation included Lamia Abdulaziz Khan, Director of Dubai Ladies Club, AlMaha Al Bastaki, Projects Manager at DWE and Aisha Saeed Harib, a member of the Dubai Youth Council, who was invited to represent the UAE from the “Rising Talents” platform. Harib was chosen during GWFD to join the “Rising Talents” initiative which includes more than 160 females from 50 different countries. The “Rising Talents” programme highlights young females who demonstrate an active and inspirational role within the economy and society.

Shamsa Saleh: “We look forward to achieving further cooperation with the Women’s Forum for the Economy and Society along with different global entities within the next few years to support and strengthen women’s’ role and participation.”

Commenting on DWE’s participation, HE Shamsa Saleh, CEO of Dubai Women Establishment, said: “Her Highness Sheikha Manal bint Mohammed bin Rashid Al Maktoum, President of the UAE Gender Balance Council and President of Dubai Women Establishment, is keen to increase the DWE’s participation in international forums, especially those which empower women and highlight their role and position in global societies. This is where our participation in the 12th annual Women’s Forum Global Meeting stems from, the delegation discussed ways to further collaborate with the Women’s Forum for the Economy and Society in the future, with the possibility of organising additional forums which support women following the great success or organising GWFD during the year, which was held in the Middle East for the first time.”

Throughout the three days, the forum discussed the implications of the sharing economy on international policies, workforce, innovation, ethics, entrepreneurship, urbanism, international business, climate change and other international issues. The forum also discussed whether we are using the trends to make sure we live in a sharing world, or to increase inequalities and the required mechanisms to raise global revenues for the sharing economy from USD15 billion to USD335 billion by 2025.

The forum discussed three pillars around this theme: 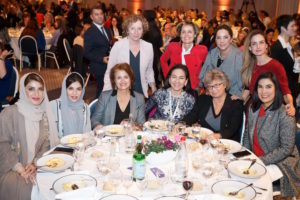 The 12th annual Women’s Forum Global Meeting was attended by a number of leading men and women from different global government, academic and cultural sectors along with multiple pioneers, innovators and those interested in human rights and the empowerment of women, economy, education, science and technology.

During a side meeting at the 12th annual Women’s Forum Global Meeting, the DWE delegation also met with a number of international delegations. The DWE representatives held a bilateral meeting with the Saudi delegation, where they discussed mutual cooperation and joint efforts to strengthen the role of Arab women and change the prevailing stereotypes about them.

The Dubai Women Establishment (DWE) was formed in 2006 under law no. (24) by His Highness Sheikh Mohammed Bin Rashid Al Maktoum – UAE Vice President and Prime Minister, and Ruler of Dubai. DWE is headed by Her Highness Sheikha Manal Bint Mohammed Bin Rashid Al Maktoum – President of the UAE Gender Balance Council and wife of HH Sheikh Mansour bin Zayed Al Nahyan, Deputy Prime Minister and Minister of Presidential Affairs. As a statutory body of Dubai Government and as per its founding decree, the Establishment aims to encourage and facilitate the participation of Emirati women in the workforce and society.

Its mandate includes extensive research into identifying and quantifying the status of women in the workforce of Dubai, as well as initiatives towards women’s further development opportunities. Awareness and policies that are conducive to women in the workforce are recommended to the Dubai Government as solutions to enable women to play a greater role within the UAE and on a global scale. The term participation includes acknowledgment of women in arts, women in sports and women in leadership, professionally in their field as well as the societal arena, such as acts of philanthropy, humanitarianism and politics.