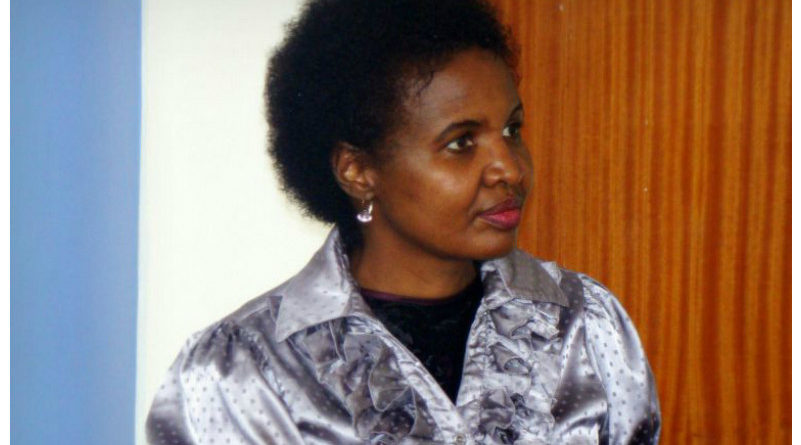 While many organizations with a vision to eliminate domestic violence focus mainly on helping the victims recover, the Rose Foundation chose a different path; they seek to prevent domestic violence before it happens!

Tell us about yourself and the journey that led to the formation of The Rose Foundation.

I had a great childhood. I was a young girl full of dreams. My dad was an education officer while my mom was a teacher. I had a strong educational background. Being a survivor of domestic violence pushed me to start The Rose Foundation. I named the organization after my mother. Right from the beginning of my marriage, there were signs of domestic violence but there wasn’t a lot of information as there is right now. Domestic violence can be emotional, physical and psychological and I suffered in silence as the society was silent. It was only when I was almost stabbed to death that I walked out of the marriage and proceeded with my studies at Boston University.

You wrote a book, Triumph of My Life: Domestic Violence and Society’s Thundering Silence, tell us about it. 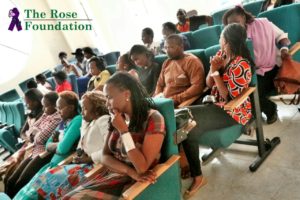 What does The Rose Foundation do? What is its aim?

We long to see healthy families; we hope to see an end to unhealthy relationships where there is conflict.

Our activities include social education, media campaigns and outreach. We also want to engage men in our mission to achieve this. I believe every human being has inherent dignity. We focus on problems that affects women. We create awareness through public campaigns and we majorly use the public health approach to create awareness about gender-based violence.

Public health approach is whereby we collaborate with different sectors like health, social services, judiciary, education and religion in order to prevent and alleviate domestic violence. It is about giving priority to activities that promote conductive non-violent environments. Prevention work is important to us. We do not have a fixed schedule, we program our objectives and we always have activities throughout the year. Our training program is scheduled by churches and the places where our trainings will be conducted.

In February to March 2016, you had a 21days campaign slogan ‘De-Feet Domestic Violence,’ what was that all about?

We came up with the name ‘De-feet” which can also mean defeat domestic violence. “Feet” because we walked four hundred and eighty four kilometers to raise awareness about domestic violence. We began the walk from Mombasa (A coastal town) to Nairobi (Kenya’s capital city) in twenty two days. Two men walked these miles where upon their completion they were congratulated by the then Chief Justice Dr. Willy Mutunga. They received a lot of support along the way as the communities were very welcoming. We even had police officers who offered to escort them at every point of their journey. We used the national language Kiswahili which was understood by everyone therefore language did not prove to be a challenge. In every stop, we had a function and talked to people about domestic violence. We talked to victims on how to stop domestic violence and heard their stories. Our major objective is to create awareness and we came up with a documentary that majorly highlights our encounter during the three months walk. We hope to release it very soon. We challenge men to come in front and help prevent domestic violence.

What do you consider as your greatest achievement personally as well as The Rose Foundation as an organization?

Since we launched the organization, Rose Foundation has had a very fast growth – creating awareness and engaging people in providing solutions to domestic violence. I am looking to create an instrument of social justice in the years to come.

Most victims are dependent on perpetrators as they give them their economic abilities therefore women become hostages of perpetrators.

What is your opinion about the state of gender-based violence in Kenya?

In your opinion, how does violence against women affects women empowerment and what are some of the factors that hold them back from achieving their full potential?

Most victims are dependent on perpetrators as they give them their economic abilities therefore women become hostages of perpetrators.

For women who find themselves victims of violence, what advice do you have for them especially those residing in rural areas where getting help is not easy or living with some form of disabilities; what can they do in their situations?

I would advise them to seek help in recovery centers. As the Rose Foundation, we focus on preventing these incidents from happening. We, therefore, provide them with information of where to access these services and let them make a decision.

What are some of the greatest challenges you have faced in your quest to prevent domestic violence?

The biggest challenge I will say is the cultural beliefs impressed in our societies for example beliefs teaching men to devalue women and as a society we think it is okay for men to beat women. Engaging the whole society to deal with violence against women proves to be a challenge.

There is need for real dialogue between civil society, the state and organizations such as The Rose Foundation. Do you agree? What must be done to kickstart this dialogue?

Yes, that is what The Rose Foundation does. Our activities are oriented to create dialogue within our communities. We trigger dialogues within our societies and also the government with one clear message, domestic violence is preventable.

What advise do you have for people with a purpose to start an organization that addresses a pressing problem in the community?

If your idea is relevant and you are sure it will make an impact, go ahead and start one. Many issues need to be dealt with. Finding time and energy may prove to be hard but you somehow have to reach out to people and tell them about your initiative.

During these sixteen days of activism, we are making physical attempts to raise awareness. We have collaborated with two musicians who have released a new song, “Wells of Life” that brings out the message about violence against women. We are looking for sponsors to release our domestic violence theme song.