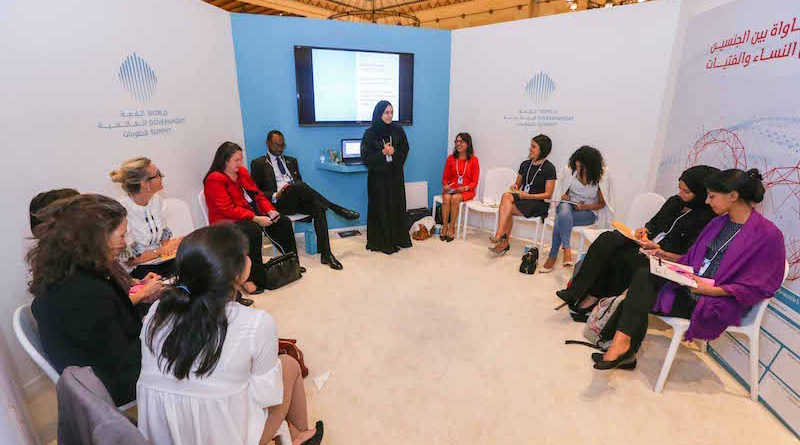 HE Mona Al Marri: “Innovation is at the heart of the UAE’s development strategy, and we’re confident that the SDG 5 working group’s ‘GAME-IN’ campaign has the potential to make a tangible difference and act as a catalyst for change in the years to come.”

February 21st, 2017, Dubai (UAE): In line with the UAE’s commitment to support the implementation of the Sustainable Development Goals (SDGs) of the United Nations’ 2030 Agenda, the UAE Gender Balance Council recently hosted a successful three-day workshop to accelerate the implementation of SDG 5 – ‘achieve gender equality and empower all women and girls’, as part of ‘SDGs in Action @ WGS’.

Organised by the World Government Summit in collaboration with the United Nations, the World Bank and the UN Foundation, ‘SDGs in Action @ WGS’ explored the role of science, technology and innovation (STI) in achieving the 17 SDGs, bringing together scientists, experts, government officials and other key stakeholders to discuss the key challenges of achieving each goal and to identify potential solutions to those challenges.

Throughout the three days, each of the ‘SDGs in Action @ WGS’ discussion groups were tasked with producing an STI-driven idea to support the implementation of their goal. During the closing ceremony, the SDG 5 team, led by HE Al-Reem Al Falasi, Secretary General of the Supreme Council for Motherhood and Childhood, and member of the UAE Gender Balance Council, presented their multiplatform campaign, “GAME-IN”, which was ranked in third place by the audience, based on desirability, viability and feasibility.

‘GAME-IN’ revolves around encouraging schools, governments, corporations and non-governmental organisations (NGOs) to partner with their local stakeholders to launch multiplatform ICT campaigns on gender equality via SMS, video, radio, online games and applications etc., to disrupt negative gender stereotypes. The team also proposed the design of a multi-category global award to recognise the ICT campaigns with the most impact on gender balance, which would be segmented into categories designated to award schools, governments, corporations and NGOs.

The ‘GAME-IN’ campaign will be showcased at the next SDG meeting in New York, in June 2017. The UAE’s Government Accelerators will provide coaching and project management support for the campaign to be implemented, and to realise its objectives via a rapid results approach.

The closing ceremony was attended by HE Reem Al Hashimi, UAE Minister of State for International Cooperation, HE Abdulla Nasser Lootah, Director-General of UAE’s Federal Authority for Competitiveness and Statistics Authority, and member of the UAE Gender Balance Council, HE Macharia Kamau, Ambassador and Permanent Representative of the Republic of Kenya to the United Nations and Co-chair of the STI Forum, HE Dr. Mahmoud Mohieldin, Senior Vice President for the 2030 Development Agenda, United Nations Relations, and Partnerships, The World Bank, and HE Dr. Kathy Calvin, President and CEO of the UN Foundation. 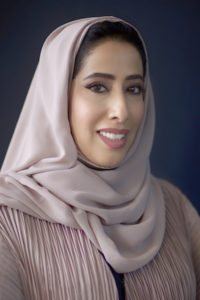 Vice President of the UAE Gender Balance Council, HE Mona Al Marri said: “We are very proud to have played an important role in advancing the global drive to achieve the SDGs, hosting the SDG 5 workshops, which brought together male and female experts from across the globe to harness science, technology and innovation for the advancement of gender equality and female empowerment. Innovation is at the heart of the UAE’s development strategy, and we’re confident that the working group’s ‘GAME-IN’ campaign has the potential to make a tangible difference and act as a catalyst for change in the years to come. I’d like to thank everyone who participated in this important initiative, and helped to make it such a success.”

The people behind the idea

Commenting on the SDG 5 workshop, HE Al-Reem Al Falasi, Secretary General of the Supreme Council for Motherhood and Childhood, said: “It was an honour to lead this workshop during the World Government Summit. Featuring rich discussions and the exchange of experiences between thought-leaders from across America, Europe, Asia and Africa, the workshop led to innovative ideas including the ‘GAME-IN’ campaign, which secured third place. I would like to highlight the efforts of the UAE Gender Balance Council in hosting and actively participating in this workshop, and its commitment to empowering women and achieving gender balance across various sectors, not only in the United Arab Emirates, but also on a global scale.”

Elizabeth A. Vazquez, CEO and Co-Founder of WEConnect International, said: “As a member of the United Nations High Level Panel on Women’s Economic Empowerment, I was very proud to participate in the UN Sustainable Development Goals (SDGs) Working Group on ‘SDG 5 to Achieve Gender Equality and Empower All Women and Girls’ at the World Government Summit in Dubai. Our SDG 5 Working Group facilitators, the UAE Prime Minister’s Office and the UAE Gender Balance Council, helped our Working Group develop and present an award-winning ‘Game In for Inclusion’ global campaign for changing hearts and minds to achieve gender equality. We shared our collective experience with building campaigns with diverse stakeholders to change norms for positive impact. This is just the beginning of a powerful movement to transform the way every person thinks about human potential and acts in support of gender equality!”

Anar Simpson, Special Advisor to the Office of the Chair at Mozilla, added: “Collaboration among the supporters and leaders of the SDGs is needed to put them into action with a special focus on enabling technologies.”

Amadou Mahtar Ba, Co-Founder and Executive Chairman, AllAfrica Global Media Inc, said: “Let’s observe nature and note that a bird never flies with only one wing. The Almighty provided us the good fortune to be men and women in order to have a full circle approach to the world. Why then not take advantage of 100 percent of our capabilities? Our modern world faces multiple crises. The only way to improve it is to add humanity in it by ensuring a gender balance. It’s a heavy duty but by mobilising all stakeholders in our society, we will achieve it. Gender balance will always seem impossible until it’s done.”

Dr Natasha Ridge, Executive Director, Sheikh Saud bin Saqr Al Qasimi Foundation for Policy Research, added: “The SDG 5 workshop on gender equality held at the World Government Summit was not only thought provoking but very inspiring. By gathering a group of men and women together, who represented a range of stakeholders, the workshop encouraged us to think creatively about the many issues related to achieving gender equality. We realized that one thing that stood in the way of achieving SDG 5 were the strict gendered social norms that women and men encounter in their daily lives. For women it could be that they are expected to be stay at home mums, for men it could be that they have to be the main provider for the household. These norms can hold women back from pursuing a career but similarly they may also compel men to spend long hours at work, which they may not enjoy, with little time for their families. By pushing back on these norms we can help women and men reach their full potential, achieve gender equality and empower women and girls.”

During the World Government Summit 2017, the UAE Gender Balance Council also launched the ‘Gender Balance Guide: Good Practices for UAE Organisations’, a comprehensive set of guidelines and concrete actions aimed at helping UAE organisations to adopt a gender-sensitive approach at their workplace. Developed in strategic collaboration with the Organisation for Economic Co-operation and Development (OECD), the Gender Balance Guide provides benchmarks and concrete steps to enhance gender balance within decision-making positions, promote women-friendly working environments and embed gender balance within the policy framework.

About the UAE Gender Balance Council:

Established in 2015, the UAE Gender Balance Council is a federal entity responsible for developing and implementing the gender balance agenda in the United Arab Emirates. The Council is chaired by Her Highness Sheikha Manal bint Mohammed bin Rashid Al-Maktoum, President of Dubai Women Establishment and wife of His Highness Sheikh Mansour bin Zayed Al Nahyan, Deputy Prime Minister and Minister of Presidential Affairs. The Council’s objectives are to reduce the gender gap across all government sectors, enhance the UAE’s ranking in global competitiveness reports on gender equality and achieve gender balance in decision-making positions, as well as promote the UAE’s status as a benchmark for gender balance legislation. It also launches pioneering initiatives and projects to enhance gender balance throughout the country and contribute to achieving the Council’s vision of positioning the UAE as a world model for gender balance.

What is pushing women out of STEM?