What is pushing women out of STEM? 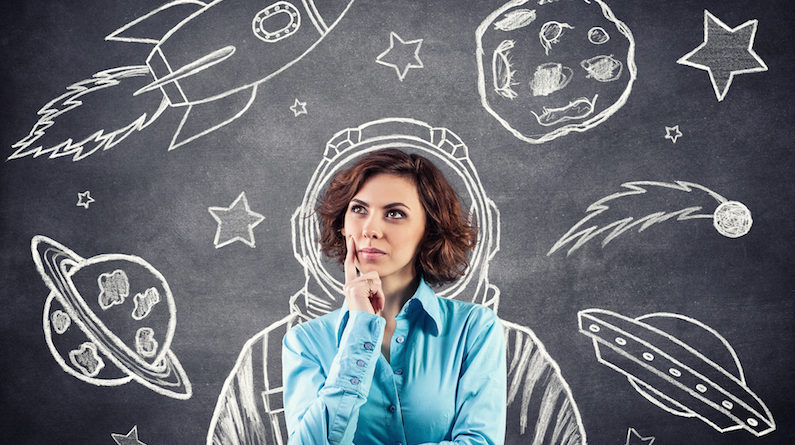 The importance of women’s participation in economic activities on global, regional and local levels cannot be emphasized enough. Comprising half of the population of the world, women’s inclusion leads to sustainable development.

Technology is the driving force behind the fourth industrial revolution and women are called the next billion or the third billion after China and India. These are reasons enough to not only realize the importance of women’s inclusion in tech or more broadly speaking STEM fields; but also harnessing women’s potential to trigger growth.

The topic of women in STEM opens up a plethora of questions and issues starting with different cultures of care, stemming from patriarchy, inclusive State and corporate policies, cultivating a diversity-centric eco-system at the workplace, retaining women in mid to senior level positions, gender biases including unconscious biases.

It is worth noting that from the very outset, women are conditioned – especially in Eastern societies – to play stereotypical, gendered roles determined by the communities in which they live.

Care work is one of the most neglected and ironically the single most important issue that needs to be dealt with; if we seriously want to have an open dialogue regarding women in STEM – or in any field for that matter!

Care work is usually unpaid and may also result – most of the time – women’s financial dependence on the family or male family members, consequently assigning authority to the latter when it comes to decision-making.

In many cases, men are still considered sole breadwinners so preferential treatment is given to them from the start at homes, schools right up to the corporate level. Statistics also show women are not taken seriously by companies as they tend to leave within the first decade of employment. And, when they are employed, more menial jobs are assigned to women especially fresh graduates as compared to men.

The impact of issues directly related to low participation of women in STEM is huge. Because more women leave STEM jobs mid level, there is also a dearth of female role models and mentors due to this non-availability of women in leadership or C-suite positions.

According to Founder and Team Lead, TAP Africa, Empower Women Mentor and Empower Women Global Champion for Women’s Economic Empowerment 2015-2016, Gladys Muthara: “A woman’s role in Africa is primarily to take care of her family and children. Yet due to the high expectations attached to a professional woman or a woman in any of the STEM fields, she is under extreme pressure to perform both at home and work. So at the end of the day, she gets weary fast and may become unproductive on both sides.”

The impact of issues directly related to low participation of women in STEM is huge. Because more women leave STEM jobs mid level, there is also a dearth of female role models and mentors due to this non-availability of women in leadership or C-suite positions.

Giving a personal account of unconscious biases, Computer Science student in the UAE, Habiba Wael says: “As far as unconscious biases in STEM fields are concerned, with me it usually occurs when I am applying for a tech-related job. There was one instance when I found an ad posting that specifically said that the company required male candidates only. I found myself constantly trying to prove to others that I can be as good as the guys who were in my class in front of my male professors.”

Although such examples do exist, the vibe is exciting as far as encouraging UAE women in STEM is concerned, with the country aiming to be among the top 25 nations excelling in the field of women’s empowerment. During her speech at the opening ceremony of the first meeting of the United Nations Secretary General’s High-Level Panel on Women’s Economic Empowerment in the MENA, Minister For Tolerance, Shaikha Lubna Al Qasimi (a woman in STEM herself) said: “Women’s empowerment is a key target in the UAE’s national strategy to be achieved by 2021.”

According to IDC MENA: “The number of female graduates in STEM courses has reached 56.8% at government universities, but numbers deplete once they enter the labor market.”

Although the numbers are low, what many female technologists feel is that technological revolution has in fact enabled women to be economically empowered thanks to a highly dynamic work schedule. Though unconscious biases still exist, countries like the UAE – with visionary leadership – that have experienced how diversity triggers sustainable development; more importantly, how enabling and leveraging women’s potential triggers growth and positive economic longevity. New policies that enable women’s mobility to work are being launched in the UAE. These include mandatory female voices in boardrooms, maternity leaves etc.

Sadly though, the UAE is one of the very few countries that can be showcased as a positive example. Much more work needs to be done as far as other regions is concerned.

According to UNESCO: “Science and engineering hold important answers to key questions like climate change and sustainable development that we must address today. A estimated 2.5 million new engineers and technicians are required in sub-Saharan Africa alone to achieve the Millennium Development Goals of improved access to clean water and sanitation.”

In another UNESCO Global Education Monitoring Report, it was revealed: “Approximately 30% of women in Niger study engineering at the tertiary level but only 6% in Mali. After leaving university, only 10% of the engineering workforce is female in South Africa and 8% in Kenya.”

According to a survey conducted by Ananke in countries including Kenya, USA, Pakistan and Nigeria: “Comparing each country where the survey took place, it has been noted that gender discrimination is a major issue. Findings suggest that this directly stems from the countries’ patriarchal social system; based on a specific mindset regarding a woman’s mobility, social behaviour and mode of expression. The Survey re-affirmed that gendered roles negatively affect women’s mobility and economic empowerment; as her professional life, career becomes secondary when it comes to care work – which is deemed her sole or primary responsibility. Other issues affecting women in tech education include inadequacy of provided equipment and unavailability of required equipment, lack of awareness.”

It is heartening to see that more and more women and girls are in fact interested to enter STEM fields and are constantly looking for venues, platforms as well as mentors who can help them achieve their goals.

That said, the need of the hour is to focus on providing these girls a fertile environment at home, school as well as on the corporate level.

We must begin with gender sensitivity trainings of staff, academia at institutional level as well as formulating gender sensitive curricula that focuses on diversity. Including millennials in awareness-raising, open dialogue between state, public and private sectors in addition to launching corporate mentorship programs is vital to empower women in STEM. Last but certainly not the least, it is fundamental to devise inclusive policies that encourage both participation and retention of women in STEM fields; thereby also creating mentors and role models for aspiring women.