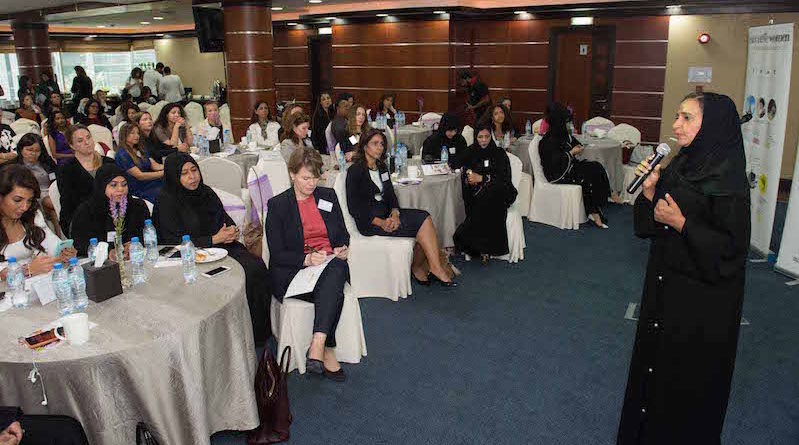 Dubai (UAE), March 8th, 2017 – INSEAD, one of the world’s leading business schools, has launched the Gender Progress Index that takes a holistic view towards gender issues.

Miguel Sousa Lobo, Associate Professor of Decision Sciences, Director of the Middle East Campus, INSEAD delivered the welcome note. He said: “It is important to understand the complexity around gender roles in a globalized world in order to develop different strategies to minimize gender gaps that differ across cultures and across domains – economic, health, legal, and others”.

Developed to help societies reach the full potential of both sexes, without prejudice on the gender of outcomes, the Index considers the relative performance of men versus women with no distinction between the two; i.e. male underperformance of female outcomes is equal to the inverse.

As part of the methodology that uses the Cobb-Douglas function, the Index covered five dimensions: education; health; labour; politics and power and society. The Index is robust in that there is a tradeoff between levels and ratios: a country cannot improve on the Index by merely having one of the gender-level indicators regress. Likewise, it allows comparisons, across countries on two dimensions, how they are doing in absolute progress; and how they are faring internally between the sexes.

Dr. Kai L. Chan added, “The Index will enable policy makers to better understand the problems within society and focus on where effort should be placed in ensuring that their nation’s full potential is realized. It is about assessing which countries are doing the best at achieving the full potential of both sexes. There are more obstacles to women, but society progresses when both genders are able to maximize their outcomes. So far, other gender reports have focused exclusively on either the level of gender progress or the ratio between men and women (i.e. absolute progress vs relative progress). In order for the GCC countries to perform higher on the Index they need to ensure a more balanced development”

In December 2016, His Highness Sheikh Mohammed bin Rashid Al Maktoum, Vice President and Prime Minister of the UAE and Ruler of Dubai, assigned the UAE Gender Balance Council to support the implementation of the ‘Gender Inequality Index’ issued annually by the United Nations Development Programme (UNDP). In line with the UAE Vision 2021, the Index has been designed to enhance the country’s efforts in driving women’s participation in national development. His Highness has also instructed the Council to oversee the ‘Gender Inequality Index’ and the implementation of best practices and processes to ensure federal institutions achieve their gender balance targets, which will support the UAE’s vision to become one of the world’s top 25 countries for gender equality by 2021.

About INSEAD, The Business School for the World

In 2016 and 2017, all three of INSEAD’s MBA programmes are ranked #1 by the Financial Times in their categories: MBA, Executive MBA and Single School Executive MBA.

More information about INSEAD can be found at www.insead.edu.