Program way of thanking all female employees in the ADNOC family 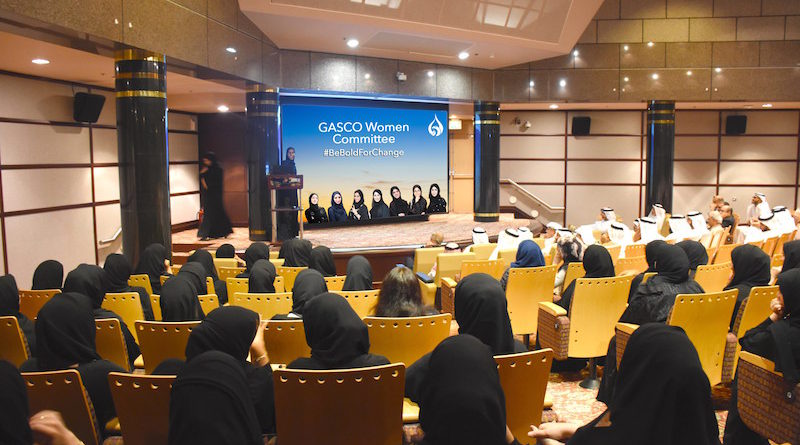 In a statement marking International Women’s Day, H.E. Dr Sultan Ahmed Al Jaber, UAE Minister of State and ADNOC Group CEO, praised the valuable contribution women are making to the continued success of the organization. He also thanked the nation’s wise leadership who have set out a vision to empower women and encourage their participation, alongside men, in all fields and all aspects of life.

H.E. Dr Sultan Al Jaber said: “On International Women’s Day, and on behalf of the senior management of ADNOC and its Group of Companies and the ADNOC Women’s Committee, we extend our thanks and congratulations to all female employees in the ADNOC family.

“Inspired by the initiatives, encouragement and support of Sheikha Fatima bint Mubarak, Chairwoman of the General Women’s Union (GWU), Supreme Chairwoman of the Family Development Foundation (FDF) and President of the Supreme Council for Motherhood and Childhood, UAE women have achieved remarkable progress and are making crucial contributions to the UAE’s sustainable development in all fields”

H.E. Dr Sultan Al Jaber said ADNOC is firmly committed to investing in all its people and has launched a number of initiatives to drive women’s participation in the oil and gas sector. These initiatives include setting up ADNOC’s first Women’s Network, chaired by Eng. Fatima Al Nuaimi, Manager, Gas Strategy & Master Planning Unit, to empower and support the development of the company’s female employees.

Eng. Fatima Al Nuaimi said, “Pledging support of women’s empowerment in the oil and gas sector ADNOC announced the setting up of ADNOC’s first Women’s Network. The aim of this this initiative is to develop women’s capabilities and to provide more opportunities for future generations.”

She added, “on behalf of all female employees in ADNOC family I would like to express pride and honor over the great development and progress achieved by the UAE women, by virtue of the wise vision of the UAE leadership and the support of the “mother of the Emirates,” Sheikha Fatima bint Mubarak, Chairwoman of the General Women’s Union (GWU), Supreme Chairwoman of the Family Development Foundation (FDF) and President of the Supreme Council for Motherhood and Childhood.

ADNOC celebrated International Women’s Day with a series of events including a Workshop titled “Cultivating Culture Through Sustainability: Reviving Authentic Areas” for ADNOC’s female employees. Similar events and activities were organized in ADCO, GASCO and Ruwais.

As part of a wider strategy to strengthen the Group’s performance, profitability and efficiency, ADNOC last year announced three women empowerment pledges. ADNOC will seek to appoint at least one female CEO across its group of operating companies, increase female representation in senior management and increase the number of new Emirati women recruits.

Be Bold for Change