Be Bold for Change 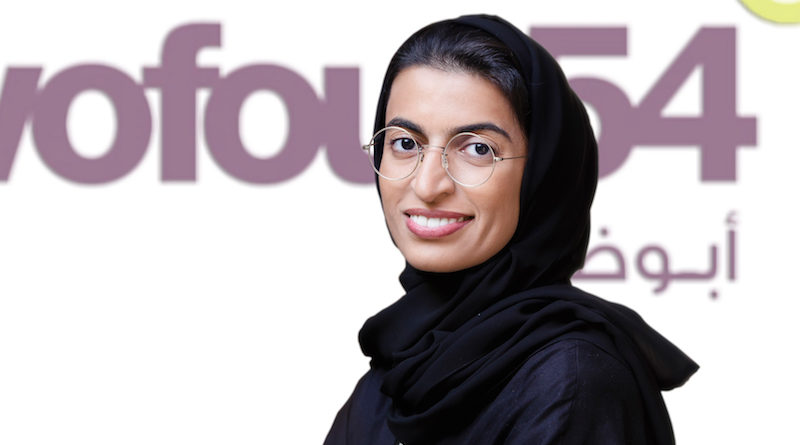 Abu Dhabi (UAE) March 9th, 2017: Her Excellency Noura Al Kaabi, Minister of State for Federal National Council Affairs, Chairwoman at Media Zone Authority-Abu Dhabi, twofour54, and Abu Dhabi National Exhibitions Company, shared a compelling narrative of her personal and career growth experiences as a leading Emirati woman changemaker in her address to the students and faculty of Emirates Diplomatic Academy (EDA), the UAE’s international relations and diplomacy, education, executive training and research institution. The talk was hosted as part of the Academy’s celebration of the Untied Nations’ International Women’s Day.

Entitled ‘Be Bold for Change’, the insightful and inspiring address called for leading women to help shape a stronger gender inclusive world. Drawing on her distinguished record as one of the most prominent young Emirati leaders in the UAE, Her Excellency Al Kaabi highlighted examples from her own journey to encourage her audience to maximize their potential and use their talent to effect a tangible difference in global women’s empowerment.

In her address, Her Excellency Noura Al Kaabi said: “Our leadership has long supported women’s empowerment as envisioned by the UAE’s founding father late Sheikh Zayed bin Sultan Al Nahyan. These values continue to be championed by His Highness Khalifa bin Zayed Al Nahyan, President of the United Arab Emirates. As was exemplified by the mother of the nation, Her Highness Sheikha Fatima bint Mubarak, Chairwoman of the General Women’s Union (GWU), Supreme Chairwoman of the Family Development Foundation (FDF) and President of the Supreme Council for Motherhood and Childhood, everyone should take this mindset to encourage even more women to fully participate in our society, going forward. Including women’s perspectives and skills as part of the solution to the challenges we face will further ensure the sustained success of our national development.”

Her Excellency Al Kaabi’s achievements have been internationally recognized. The first UAE national to be ranked in the Foreign Policy magazine’s ‘Top 100 Global Thinkers List’, she has also been honored by Forbes Magazine as one of the Middle East’s ‘30 Most Influential Women in Government.’

Bernardino Leon, President of Emirates Diplomatic Academy, said: “EDA was honored to host Her Excellency Noura Al Kaabi to our Academy as the latest eminent speaker to address our faculty and students. Her personal and professional journey sets her out as an exemplary role model and an inspiration.”

Commenting on the lecture, Omar Al Bitar, Vice President of Emirates Diplomatic Academy, remarked: “We are very grateful for the valuable lessons that Her Excellency Al Kaabi shared from her own impressive career. In terms of women’s empowerment, it’s not just a matter of equality in numbers but in terms of capabilities. As Her Excellency Al Kaabi highlighted today, the UAE is the leader in achieving that goal. ”

Her Excellency Al Kaabi’s achievements have been internationally recognized. The first UAE national to be ranked in the Foreign Policy magazine’s ‘Top 100 Global Thinkers List’, she has also been honored by Forbes Magazine as one of the Middle East’s ‘30 Most Influential Women in Government.’

A global event organised by the United Nations to celebrate the political, economic, social and cultural achievements of women, International Women’s Day is marked on 8 March annually. EDA joined in the global celebration of women’s empowerment with Her Excellency Al Kaabi’s address featuring as a key part of the Academy’s support.

Reflecting on its mandate to train the UAE’s future diplomats and offer thought leadership on international affairs, Emirates Diplomatic Academy is gaining international reputation as a forum for discussion of pertinent regional and global topics.