Sabin Muzaffar shares her thoughts on the impact of globalisation on women and sustainability. 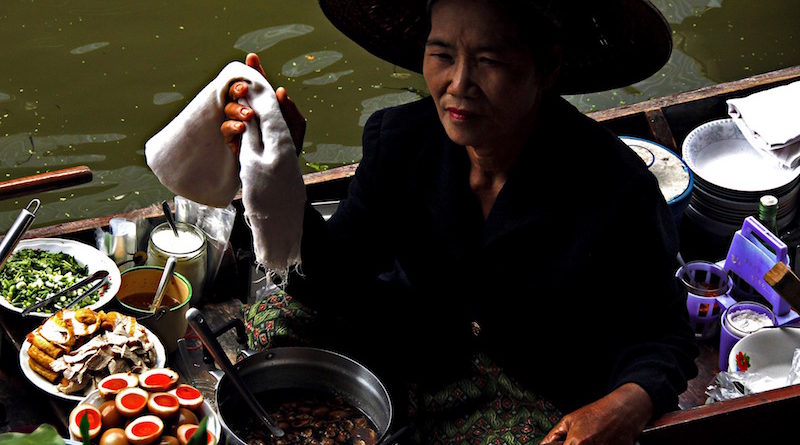 Globalization – a buzzword in today’s day and age! A term that has both negative and positive connotations, it is all about open or free trade economies, internationalized financial markets and much more. But that said, a thorough study highlights how it can negatively impact the female gender.

According to research, Women earn 70 cents to a dollar that a man earns. Widening the pay gap is what we know as care work, which is primarily thought as a woman’s prerogative and is usually unpaid or unremunerated. This mindset is endorsed not only by those at the highest levels of global and local governments, but also encouraged at familial and societal level.

From fetching water to taking care of the family (children, elderly or sick family members as well as healthy adults!) – a woman is kept busy with care work that is neither recognized by states or in the eyes of law as ‘real’ work, nor is she able to participate in labor markets or even receive proper education due to it.

Safe to say, care work has unfortunately become a gauge to ascertain a woman’s socio-economic status, more than often relegating her position to the lowest levels in the household as well as the community. With little or no access to education or modern labor market, the woman then has no choice but to be dependent on male members of her family, relinquishing her rights to financial and bodily autonomy and decision-making abilities.

According to an article I wrote previously on care economy: “Those in power have always been quick to shape a mindset that endorsed gender-based inequalities; stemming from – among other factors – lack of recognition of women’s labor. In addition to this, by restricting her movement, neither allowing her to be aware of her rights nor providing her proper access to education and resources.”

The Plight of Transnational Migrant Workers

It is not untrue to claim that globalization has debilitating affect on transnational, female migrant workers as well. The flip side of a globalized world is that migrant female workers especially from Sri Lanka, Bangladesh, India etc. get employed in many rich or developed countries; but because of being a part of the informal and unorganized labor markets – their status in economy is again downgraded to the lower ranks which means they suffer from wage inequality and pave way to a feminization of poverty. This is exacerbated by the fact that there are no real laws especially in host countries to protect these workers from their sufferings; which may range anything from physical abuse to overtime work without pay or breaks.

What is important to note here is that care work is an integral part of globalization and economic development. An economic fact communities, organizations and governments fail to recognize and/or acknowledge. Writing an in-depth piece for International Women’s Initiative, I had previously noted based on research: “Although its importance as a pillar of economic development is often overlooked, care work has become a critical dimension of globalization in many countries by providing women with employment and meeting the needs of those who cannot care for themselves. Women who work outside their home countries, or transnational domestic workers, are particularly vulnerable to abuses, including harassment and exploitation by recruiters, employers, and various public and private agents involved in labor migration processes. While many states across the Global South generally encourage such migration for economic purposes, receiving countries often have insubstantial policies to protect the rights of female transnational domestic workers.”

The Ramifications of Parallel Economy

Another hurdle to Women’s Economic Empowerment is women’s lack of access to education, modern economy or labor market. As far as agriculture is concerned female workers have little or no access to investment and modern methods of farming, ensuring their disability of being productive. A big setback to making the female farmers or women in rural areas financially autonomous, women are many a times forced to opt for another form of globalized trade or participate in the parallel economy of prostitution and human trafficking.

According to Yale Global: “Women and children have been among the biggest losers in this era of globalization, if we consider the massive increase in human trafficking in recent years. Cheated or sold into a life of sexual slavery or indentured servitude, the victims of human trafficking and their stories reveal the dark underside of increased international mobility. With the demise of socialist states, in particular, women and children from impoverished areas have been smuggled or lured to wealthy industrialized countries where they are exploited for high profits. Although some steps have been taken by the European Union, the UN, and individual national governments to prevent these abuses, precious little has actually been achieved. The continued sale of human beings as commodities on the world market must be addressed globally if the practice is to be curbed.”

What really needs to be done to have a positive impact of globalization and also create sustainable development is to look at women’s economic empowerment and globalization from a rights-based approach.

On a positive note however, globalization has also had a positive impact on urbanized societies in developing and developed nations. The corporate sector is slowly coming to realize that leaving behind half of the population of the world – women – does not make good business sense. Women are now being termed as the third billion after China and India. More and more women are being seen as climbing up the corporate ladder. But this is not to say the widening wage gap has decreased.

According to a UN report: “Positive effects may include increased employment opportunities for women in non traditional sectors, thus enabling them to earn and control income. This is potentially empowering and may contribute to enhancing women’s capacity to negotiate their role and status within the household and society. Negative effects can include increased exploitation and dependency on direct engagement with the market, and particularly on the vagaries of the market.”

What really needs to be done to have a positive impact of globalization and also create sustainable development is to look at women’s economic empowerment and globalization from a rights-based approach. Equality and equity should form the basis of policy-making be it care work, rights of transnational migrant workers, female education and access to formal modern labor markets. This needs proactive participation of all stakeholders from women to men, families, community leaders, civil society, NGOs, key state and global players. Until such engagement, women’s economic empowerment and achieving SDGs will remain a half-baked notion and globalization will only be akin to dark clouds hovering over economies without any silver linings.