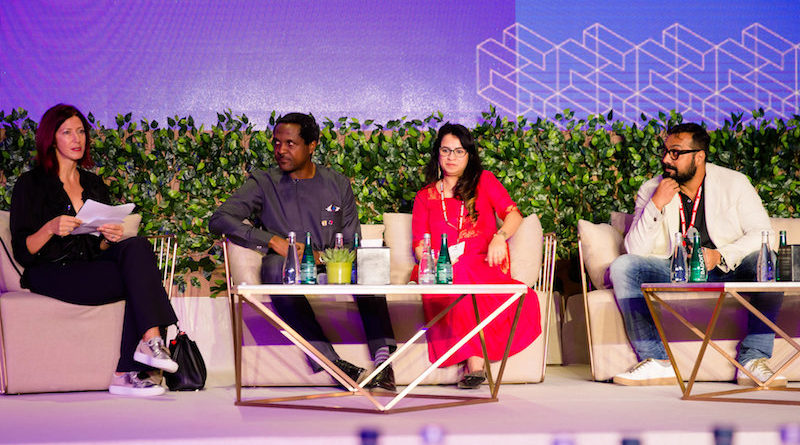 To read about the first day of the Global WIL Economic Forum 2017, click here.

October 31st, 2017, Dubai (UAE): More than 600 business leaders, policy-makers, entrepreneurs, NGOs, artists and youth from around the world, today gathered at the Ritz-Carlton DIFC, for the second day of the Global WIL Economic Forum, organised by business facilitation company Naseba.

Following the success of day one, the second day of the forum showcased global diversity advocates who use their creative work platforms in different ways to champion important causes. As well as looking at the role of businesses in creating diverse and inclusive societies, day two also focused on the impact of pop culture, examining how it shapes our values and how artists, directors and curators of pop culture can use their medium to endorse social change.

In her keynote address, Vibha Bakshi, the award-winning director and producer of ‘Daughters of Mother India’, said: “When your intent is right, when your emotions are right, the universe makes things happen. It is very important as a filmmaker to make responsible films. Films that unite people, films that give hope, because the fight for women’s safety and equality is a fight we can’t afford to lose. Therefore, when the intent is right, the impact will follow. Today, my small film [Daughters of Mother India] is being screened in India for over 150,00 police officers to gender sensitise the force. Moreover, it is now part of the curriculum in 200 schools. It is no longer my film – incredible people from all over the world have taken the film forward.”

Haben Girma, the first blind-deaf Harvard Graduate, and White House Champion of Change and Global Inclusion Advocate, headlined the following ‘talk show’ component. The session examined not just why businesses must promote accessibility and inclusion, but also how it is possible to build products and services that are accessible to all.

Haben Girma said: “When people talk about disabilities they use the word ‘inspiration’. If you are inspired, then it should encourage you to do something – what are you inspired to do and what action are you going to take? All of us need to be advocates – I have faced so many challenges and they were supposed to work against me, but I choose to write my own story. I believe we can all remove the barriers in our communities through creating good and powerful stories.”

While social responsibility of businesses is a vital issue, pop culture has the potential to impact the way in which we form our values at a young age, and go on to shape us as adults. One of the key discussions examined why it is critical to include men in the conversation around social change and women’s economic empowerment and education.

Award-winning film-maker and producer, Anurag Kashyap, works tirelessly in this field – his work is internationally acclaimed and he was awarded the Ordre des Arts et des Lettres at the 2013 Cannes Film Festival.

Speaking at the forum, Anurag Kashyap said: “I come from a small town in India, where there were no cinemas and no televisions at home. The only way we could learn about movies was by reading about them or on the radio. Growing up in a patriarchal society, the films that we had access to strongly echoed stereotypes based on the ‘right-wing’ philosophy, allowing us to believe that this was the only acceptable practice. However, by travelling the world and most importantly through interacting with strong women, my perspective changed and influenced the way I make movies.” 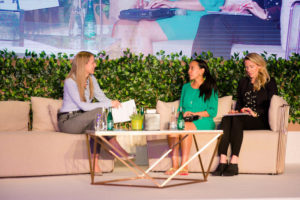 On a similar theme, the winner of the Short Film Competition for Women’s Economic Empowerment was also announced. Launched by Naseba, in partnership with MBC Hope, the corporate social responsibility arm of MBC Group, the competition aimed to shed light on alternative storytelling around women. Through the collaboration, Naseba and MBC Hope aimed to provide young people with a platform that leverages short film to identify the issues facing women today. The winning submission was ‘Hekayat Gameela’ by Gameela Ismail. Commenting on the winning entry, Lina Matta, Senior Channel Manager, MBC Group, said: “Using her smartphone, her wit, her journalistic acumen, her social insight, and her soothing voice, director/journalist Gameela Ismail has created a truly inspirational and original technique for telling the story of ‘invisible people’ and ‘unspoken topics’. Gameela empowers her subjects by turning her camera on them and giving them a voice.”

The forum also witnessed the graduation ceremony of the first intern to pass through the Inclusive Internship Program, organised by Naseba in partnership with the SEDRA Foundation. As the first organisation to join the initiative, Roche Diagnostics Middle East recently hosted intern Clari for a month-long placement within its communications team. “Bringing together all kinds of talents and ideas under one roof is at the heart of what we do at Roche. That is how we can learn together, from each other, and remain at the forefront of innovation,” said Harald Wolf, General Manager at Roche Diagnostics Middle East. “Such commitment and dedication has the greatest impact when diversity is not bound by gender, but encompasses different capabilities, age groups, backgrounds and skill sets, among others. We are proud to provide a platform for determined and talented professionals and hope others are inspired to broaden their definitions to include all colours of the spectrum,” he concluded.

Naseba will this year host the WIL Economic Forum KSA from 6 to 7 December in Riyadh, Saudi Arabia. Held under the theme ‘Let’s talk about tomorrow’, the forum revolves around Vision 2030 and builds on key pillars including youth empowerment, Saudization, female entrepreneurship, diversity and inclusion, and female economic empowerment.

Endorsed by the UAE Ministry of Economy for the past four years, the Global WIL Economic Forum, in its 19th edition, is bringing together over 600 global male and female stakeholders to champion gender parity and celebrate women in leadership. Held under the theme ‘The Future of Everything’, this year’s forum emphasised sustainability and the role of gender, cultural and ethnic diversity in driving economic prosperity. The programme touched on key aspects of our modern society and explored diversity as the driving force of our collective future. Philanthropy and social impact, as well as education and arts and culture, were central to the conversation. Designed to facilitate discussion, the programme promoted innovative thinking and provided attendees with actionable strategies to further their personal development and nurture their professional growth. It revolved around three pillars: game changers, future builders, and storytellers.

Since inception in 2002, Naseba has facilitated deals totalling billions of dollars for its clients. It has connected over 100,000 global executives through more than 1,000 proprietary business platforms and is an expert in growth markets.

From Intent to Impact