WEEGS COVERAGE: Women’s Economic Empowerment Isn’t an Open Ended Journey; It Has an Expiry Date of 2030. 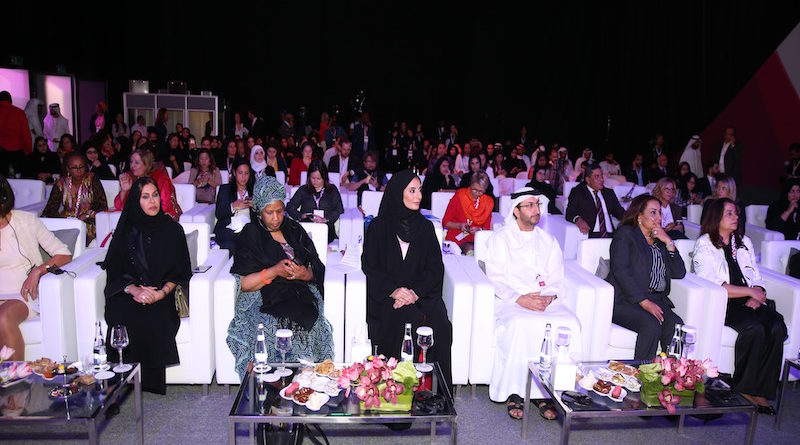 During the closing ceremony of WEEGS.
by ANANKE December 6, 2017

December 6th, 2017, Sharjah (UAE): The first Women’s Economic Empowerment Global Summit (WEEGS 2017) signaled the implementation of one of the recommendations of the UN Secretary General’s High-level Panel Report on Women’s Economic Empowerment, which was to address the issue of women’s economic empowerment by working directly with female entrepreneurs with a specific focus on building the bridge between them and the private sector, bringing stakeholders together and building partnerships between them.

Gender-responsive procurement of goods and services by increasing the number of products procured from women owned and run enterprises, and making it a mainstream trade practice instead of an exception, was one of the summits key focus areas, as per the UN Report’s recommendations. Currently, only 1 percent of goods procured globally fall in this category. 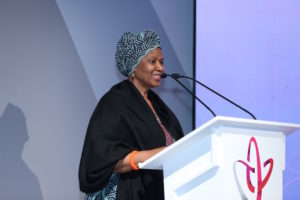 Phumzile Mlambo-Ngcuka, the Under Secretary General and Executive Director of UN Women.

“We learnt a lot about how education in the 21st century offers us limitless possibilities, and for the first time it seems like there is a real possibility to make access to education universal. We connected the dots and identified the gaps. We were cautioned about not being simplistic about how we will use technology to address learning. We had an opportunity to learn a lot about violence against women, and in the process we ‘oranged’ Sharjah. We were able to listen in on the experiences of many leading women in their fields who have already achieved what they were talking about.

“I want to thank the UAE government and the Emirati leadership who have played a pivotal role in different ways,” said Phumzile Mlambo-Ngcuka, the Under Secretary General and Executive Director of UN Women.

“We are left with only 13 years before 2030 by which time we should have reached substantive equality. We are making a case and argument that gender equality is not an open ended journey; it has an expiry date. What would the world look like in 2030 if it lived up to the expectations of the Agenda 2030? Violence against women will not be a norm; society will not tolerate child marriage or trafficking. Everywhere, we will have mechanisms to ensure these practices do not thrive. In 2030, we will want to ensure that equal pay is a norm, and women enjoy greater representation in a diverse set of economic and leadership roles. Is this too much to ask, or is this rocket science,” she added.

The importance role of technology specifically in addressing women’s entrepreneurship issues were highlighted, in context of its role in creation and marketing of products, accessing finance, increasing the reach of companies and enhancing profitability.

20 public and private organisations adopt WEPs, gender-responsive procurement receives a boost, and the Elevate Platform to increase women’s participation in the economy launched

Phumzile, UN Women: Through this summit we have gathered forces and are ready to be strong implementers of Agenda 2030 and the many goals that are relevant for achieving the agenda

WEEGS raised the bar on the Women’s Empowerment Principles (WEPs) by being a platform where 20 organisations, public and private, demonstrated leadership on gender equality by adopting of two WEPs each under the ‘WEEGS Pledge’. The summit emphasised that this initiative was a step towards ensuring that by 2030, businesses around the world will promote gender equality, and empower women in the workplace, marketplace and community as a norm and not an exception. Big international conglomerates like Ernst and Young, Mubadala Investment Company, Citi, Accenture, and Procter and Gamble (P&G) have signed up to WEPs at the summit. 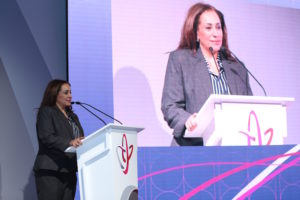 Joelle Zilliox, IMEA Purchase Leader at P&G, shared the company’s experience, saying: “P&G wanted to expand diversity and inclusion beyond the walls of their offices for a reason. These qualities are rooted in our culture with a small example being the 95,000 people who have come together from all over the world to make up our workforce. Through bringing our external suppliers into this ambit of diversity and inclusion, we have sourced goods and services worth USD 2 billion from diverse and minority women-owned businesses in the US and Canada. This number is growing. Why? Because our findings show that companies that run effective supply diversity programmes report increased profitability. Our internal data shows that women-owned and diverse suppliers actually perform better than the average supplier base.”

The final session of the two-day event was dedicated to the WEPs, and titled ‘Driving WEPs Implementation: From Promise to Practice,’ it shed light on the fact that with 1,655 countries signed up to WEPs so far, the ball may be rolling, but there is a long way to go.

Dr. Enas Makkawi, Director of Women, Family and Children’s Department at the League of Arab States said: “We have Japan and Turkey as our largest contributors but the figures are peanuts compared to what they should be. From issues such as recruitment and fair pay to encouraging suppliers to expand their operations to women owned and managed businesses, the pillars of WEP are not only workable, they are positively beneficial.

“The responses are simply that dealing with a gender balanced workforce results in better company performance.” 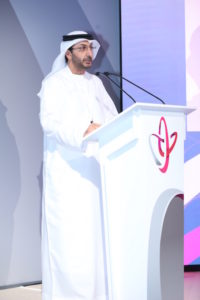 HE Abdullah Al Saleh Undersecretary, Ministry of Economy, UAE, was in attendance at the closing ceremony, and emphasised that gender equality is one of the biggest goals around the world, especially when all sectors in the market are increasingly interdependent and require diverse viewpoints and perspectives to enable innovation.

He said: “This is an international platform that furthers the vision and philosophy of the UAE with regards to the empowerment of women. I would like to express deepest thanks on behalf of the UAE Ministry of Economy to His Highness Sheikh Dr. Sultan bin Muhammad Al Qasimi, Member of the Supreme Council and Ruler of Sharjah, for his patronage and supporting women to reach the highest positions in society and economy.”

“Legislations will be the main aspect for developing women’s skills and enabling their economic empowerment and bridging the gap between the two genders. UAE is trying every day to set an example. A few months ago, the UAE launched an equality booklet for the public sector, which will help companies to take the steps required to implement the highest standards and best practices of bringing about equality in its true sense. We are aiming to become the #1 country in gender balance internationally by 2021,” he added. 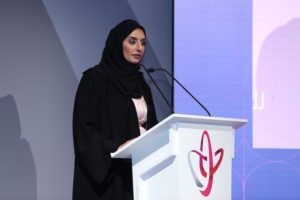 In her closing remarks, HE Reem BinKaram, Director of NAMA Women Advancement Establishment, said: “After two days full of exciting experiences and discussions, we have found effective ways to lead this drive that will change the reality of women in the world, and enable her to take her rightful place in society. This summit has opened a huge floor for many challenges we face as women. In 20 specialised panels, we have discussed the challenges that face gender equality and hinder women’s participation in many sectors of the economy, especially the non-traditional ones. We hope that the recommendations and commitments made here will bring tangible changes for women.”

This summit came up with enlightening projections that are expected to elevate the cause of women in the economy and society. The organisers of the event hope that by the next edition in 2019, many recommendations will be implemented and tangible results and success stories will be shared.

The first edition of WEEGS was organised by the NAMA Women Advancement Establishment (NAMA) and United Nations Entity for Gender Equality and the Empowerment of Women (UN Women), and held under the patronage of His Highness Sheikh Dr. Sultan bin Muhammad Al Qasimi, Member of the Supreme Council Ruler of Sharjah, and his wife, HH Sheikha Jawaher bint Mohammed Al Qasimi, Chairperson of NAMA Women Advancement Establishment and Honorary Patron for Global Women’s Inclusion, to achieve the United Nation’s 2030 Agenda for Sustainable Development, which was adopted by the UN General Assembly in September 2015.