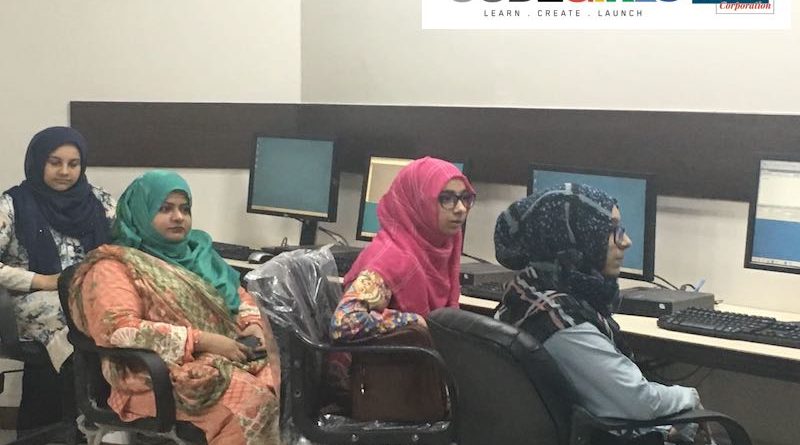 Many challenges exist in Pakistan when it comes to socio-economic development. In February 2018, a UN report cited the country having a worrying degree of gender inequality in its Gender Equality Report for its Sustainable Development Agenda 2030, especially in the employment dimension among others.

While gender and inclusion, especially in the technological sphere, are the buzzwords on the global landscape, these are some of the key challenges faced even today by the Pakistani society.

Countries thrive where women learn more, earn more and are free to exert their basic human rights. Female technologists like Sheryl Sandberg and Women Who Code’s Alaina Percival have time and again reiterated the critical role of technology in every aspect of our socio-economic lives and more importantly women’s active participation in the STEM sectors. Without access to tech education, opportunities and employment, women will not only be left behind, their exclusion will have a debilitating effect on entire communities.

It may be true that many roadblocks exist in Pakistan as far as women’s economic empowerment is concerned, gender biases, patriarchal mindset and stereotypes to name but a few. That said, momentum has been slowly building up as far as female socio-economic autonomy is concerned. One key element has been the emergence of female technologists across the country as enablers, their keen awareness and banding together to empower fellow women.

In a frank interview with ITU news, a UN specialized agency for ICT (Information and Communication Technology), Anusha Rahman, Pakistan’s Minister of State for Information Technology and Telecommunication (while still in office), had explained in March 2018 that ICTs was still an emerging sector in Pakistan and while this presented ample opportunities for women in girls, the female gender still had a lot of glass ceilings to smash in order to avail opportunities. She said: “In a country where a little over 50% of population is women, it is critical to have women shape our country’s future in information and communication technologies. There are working women with backgrounds in engineering in Pakistan but the male-to-female ratio in this field is not at a desired level. It impacts our nation socio-economically to have such a significant portion of our population not contributing to its development.”

Lamenting about women in Pakistan not having equal access to the Internet, Pakistani tech evangelist and founder of Women’s Digital League Pakistan, Maria Umar told Ananke: “The Internet is no longer a place where you send and receive emails and chat on mIRC or AOL that it used to be in the 90s. Today Internet is a different dimension – a mirror of the actual world we live in. Closing off the Internet to women is modern-day equivalent of shutting them inside four walls of their homes. It’s social empowerment and I will say it again … no economic empowerment is possible without being socially empowered.”

Agreeing with Maria, founder of  WomeninTechPK, Faiza Yousuf reiterateed the importance of access to the Internet and technology, saying: “It is the only way to give unlimited access to knowledge and opportunities.” 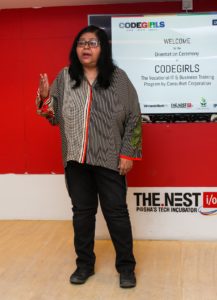 Recognizing the need to empower and enable women in Pakistan for a better, sustainable future, ConsulNet – an IT training institute – recently launched a groundbreaking program, CodeGirls, with an aim to bridge the digital gender divide. The innovative boot camp was launched in partnership with WomeninTeckPK and UnitedGlobalInitiative, USA, and is offering trainings and mentoring sessions in Frontend Development, entrepreneurial skills, financial literacy, solopreneurial skills, soft skills as well as awareness sessions on workplace harassment and human resource laws. The program aims to train 100 women with the pilot cohort already selecting 12 participants in the southern port city of Karachi.= 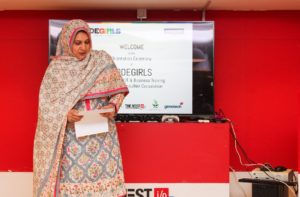 Talking about ConsulNet and CodeGirls, COO Genetech Solutions and founder of the training institute, Shamim Rajani talked to Ananke: “I started my IT career as a Trainer at ConsulNet Corporation in 1998. The institute operated on social grounds where we conducted various IT crash courses including Web Development. The movement  soon gained momentum, local community sponsors started supporting the idea and soon we were training 800 students per day in four prominent locations in Karachi. We then diversified into Software Development (under Genetech Solutions) and therefore had to shut down ConsulNet Operations but it was always something close to my heart as it had changed so many lives including my own. Genetech started from ConsulNet itself and I hired my first few team members from ConsulNet as well. (Here’s my story on how Genetech came into being.)

Adding she said: “In 2017, we felt the need for an incubator for Genetech.  We decided to assign a lab for training our team and anyone from outside who needed the training but did not have the means. Thus ConsulNet reincarnated!” 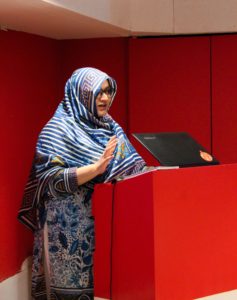 The boot camp focuses on women and girls aged between 15 to 30 years with little or no prior tech education. The entire program offers over 80 hours of classroom training sessions for 60 participants three days a week.

Held on June 30th, 2018, the orientation ceremony was attended by leading female technologists including President of P@SHA (Pakistan Software Houses Association for IT and ITES) and Founder of The Nest I/O – and guest of honor – Jehan Ara, NoorJehan Arif, Faiza Yousuf and many more.

CodeGirls boot camp is still accepting applications for its second and third cohort. Those interested can apply here.