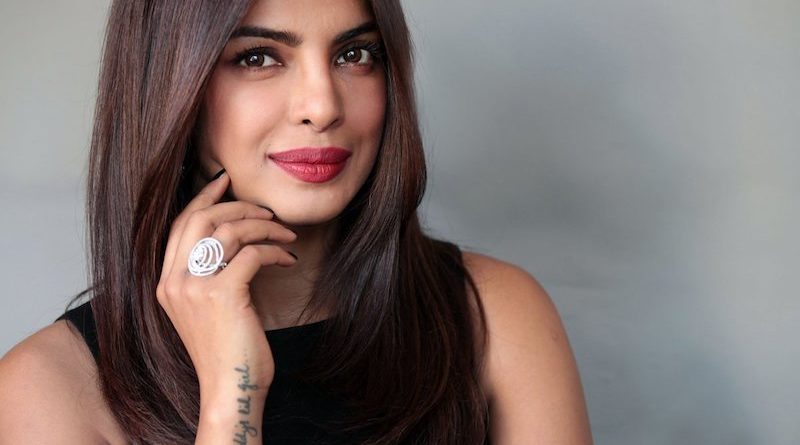 During the interview, Priyanka Chopra explained why she has decided to invest in Bumble, a dating app which allows female to make the first contact in a heterosexual match. Chopra also speaks about her interest in technology stating how ‘technology has changed the world’ and that is has given people more ‘freedom’.

Bumble CEO, Whitney Wolfe Herd also explains to CNN how ‘Women need empowerment globally’ and that challenges to equality only result in the desire for ‘woman to rise and be equal.’

Priyanka Chopra on how much she values her freedom as a woman:

“A lot of woman around the world don’t have the ability to make choices for themselves, choices are made for them. I’m so blessed because my parents gave me the ability to have an opinion and make my own choices about my life. Just how much woman are standing up for themselves in India right now, it’s so inspiring. We never needed woman to find their voice, we always had a voice, we just needed people to listen and now we’re at a place where people are listening.”

Chopra on the benefits of technology:

“I’m a tech fan, I believe technology has changed the world. It was given us so much freedom, everything has its vices and virtues, but it’s given us so much freedom to be anything we want. Idea is the currency of the present, if you have an idea you can monetise it, it can be a business, it’s such a wonderful time to be creative and turn that creativity into business.”