“Rewayat” releases the Arabic edition of two of the eminent feminist writer’s books. 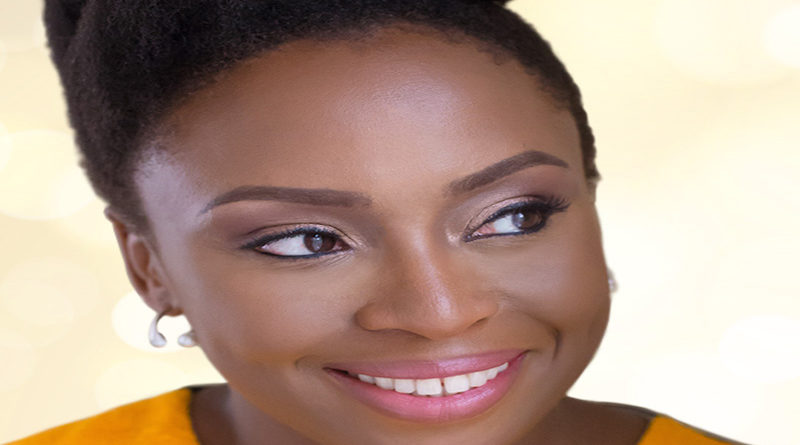 November 8th, 2018, Sharjah (UAE): Born in 1977, Nigerian novelist Chimamanda Ngozi Adichie is one of the key global-feminism advocates. She is a prolific young writer who achieved remarkable success with her books in English. She won many prestigious awards and scholarships, and her critically-acclaimed titles received good reviews from several international critics and authors. She is also one of the most popular and renowned African authors and her work has been translated into over thirty languages.

Adichie’s bibliography entails three novels and one short story collection. She is not only an excellent author, but also a key speaker at many international conferences and lectures that addresses women’s issues and feminism. The Arabic edition of her book titled ‘We Should All Be Feminists’ was recently published by ‘Rewayat’, an imprint of Kalimat group (KG). It is a short and flawless book, an eloquently-argued essay adapted from the 2013 TEDx talk of the same title, which addressed Africa’s key issues. 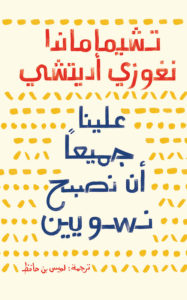 We Should All Be Feminists’

Translated by Lamis bin Hafez, Adichie’s essay addresses feminism and the hurdles that prevent women from getting their rights. Through simple yet powerful prose, she succeeded in addressing the most important issues that women face from around the world, particularly in Africa.

The ted talk began with a story of her childhood friend Okoloma Maduewesi, who was a person whom she could really argue and laugh with, and truly talk to. He died in the notorious Sosoliso plane crash in Nigeria in December of 2005. He was also the first person to call her a, ‘feminist,’ and it wasn’t meant as a compliment. She was 14-year-old then and unaware of what the word meant. Today, she defines that as a defining moment that ignited her thoughts about women and the struggles they faced. Particularly because women in the African continent suffered many hardships, often berated by men and do not play any active role in the community. Ever since, she developed a vision; to be an instrumental voice that defends women’s rights and act on behalf of all suppressed and marginalised women, playing an exceptional role in defending women at global cultural platforms.

Substantiating the defence of women’s rights, Adichie wrote another book titled ‘Dear Ijeawele, or A Feminist Manifesto in Fifteen Suggestions’. The Arabic edition of the book was recently published by Rewayat. The book is a powerful statement on feminism and entails 15 recommendations written as a letter to a childhood friend, who asked her how to raise her baby girl as a feminist. Adichie gives invaluable suggestions supported by facts and detailed information about the right way to empower daughters and enable her to become a strong, independent woman. 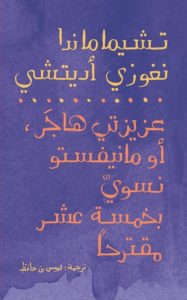 In her book, Adichie initiated open discussions and conversations about clothes, makeup, and feminism, and debunked the myth that women are born to be homemakers and that men have the upper hand. The book addresses the foundations of the social and political relationship, which is unjust in the 21stcentury. She stressed on how we should raise children based on abilities and interests, instead of gender roles.

Adichie’s recommendations are aimed at enhancing girls’ self-confidence through believing in themselves as capable personalities. She gave pioneering examples of creative female journalists and other professionals who successfully faced the challenges of life. The suggestions also addressed the foundations of gender equality and warned about dangerous concepts as ‘Feminism Lite’, or conditional female equality, because we either believe in full gender equality, or we do not.

She underscored the importance of education, reading, learning, and self-awareness from all incidents that girls experience in their day-to-day life. She also stressed the critical role of women’s independence in establishing their presence and identity, among other useful recommendations. She pointed out an uncanny fact: culture doesn’t make people, people make culture.