Anastasiya Pantsialei explores notions of unrequited love, parents, model agency or social media – exactly who is to blame for eating disorders in Belarus? 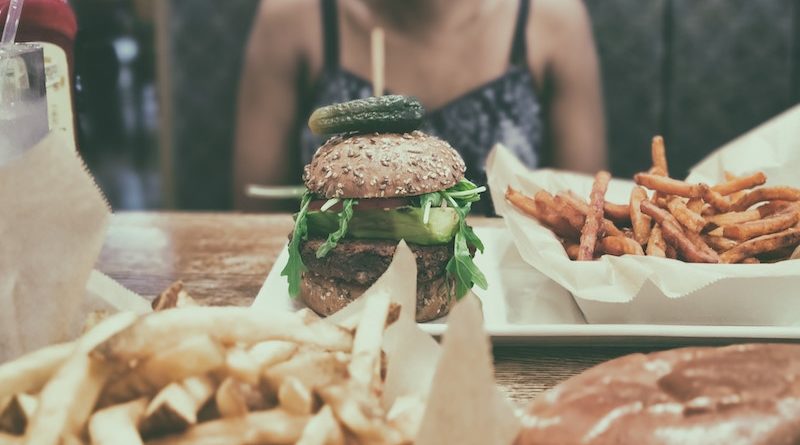 How does it all start? 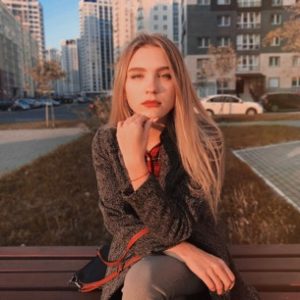 From the personal archive of Vlada. For Vlada (19 years old), it all started with a school prom. ‘I was one of those girls who are pointed onto and told “You eat everything and do not gain weight, you witch!”

Stigma around mental illnesses persists in Belarus, a post-soviet country, where every person visiting therapy is considered ‘crazy’ or ‘schizophrenic.’ Arina (16 years old) told us about the first time she was called fat. “I remember exactly the moment in kindergarten, when a girl just a year older approached me. She grabbed my cheeks and said that they reminded her of a bulldog. I was really offended. Unfortunately, I don’t like my cheeks either, they are like that but not because of weight. It is the shape of my face.” She has been trying to lose weight from the age of 12 years. “I thought that if I do 20 squats I will lose much, but the result was not so apparent.”

For Vlada (19 years old), it all started with the school prom. “I was one of those girls who are singled out and told ‘You eat everything and do not gain weight, you witch!’ But then I started gaining weight. I was 16 years old, it was the prom… I wanted to lose weight to outshine everyone.” And she did. After diets, bulimia and a hunger-strike, the girl ended up being 50 kg weight and 175 cm height. A model agency was interested in hiring her, which added to the motivation. It all ended when she had problems with her periods and went to a psychotherapist. Presently, Vlada apparently seems better but  that ‘food is needed only for survival.’ Vlada is now in what is called ‘recovery’ – an untouchable dream place for many girls with eating disorders.

How is the eating disorder defined?

Eating disordersare basically abnormal eating patterns, often leading to obesity or malnutrition. The three ‘sisters’ are anorexia(cutting your consumed calories to an extreme amount), bulimia(binge eating followed by a compensation – sport, throwing up, consuming laxatives or deciding to go on a diet), and binge eating(consuming large quantities of food).

‘It irritates me a lot when thin girls are called anorexic. Anorexia is in your head. You can have obesity and anorexia at the same time. You cannot see an eating disorder,’ says Vlada.

Why is it a problem in Belarus?

Right now there are no exact statistics about the number of eating disorders in Belarus. Extrapolating the world dataon the country, there are about 45,600 women experiencing anorexia ever in their lives, 76,000 – bulimia, and 177,500 – binge eating for 5,070,300 total female population. The rates for men are significantly lower.

If there are so-called Study Centres for Eating Disorders in Kiev, Ukraine and Moscow, Russia, there are none in Belarus. There are different ways to receive help then. You could go to a private psychotherapist. One hour with them costs around 30$, whereas an average salaryof a Belarusian citizen is estimated at about 515$. You could go to a state doctor, who do not charge for consultations. However, the therapy is not anonymous. You will be put on record, and later, when you need to apply for a job or an university, you might have some problems. Moreover, the doctors sometimes recommend girls with eating disorders to stay in the residential psychiatric facility. According to the girls with such experiences, living in these facilities can become complicated as they are housed with other adolescents and young adults with issues of violence to even murder.

As a post-soviet country, Belarus has a Soviet Union (USSR) legacy including the desire to express our love of food and the Belarusian culture defines this entirely. There are memes about grannies feeding their grandchildren with high-calorie food and eating the New Year mayonnaise-containing salads for weeks after the holiday. There is a tradition of not throwing away food, especially bread. Moreover, Belarusians are carriers of Leningrad blockade history. Moreover, we are a people who could be labeled as unemotional. But we love feeding our families and friends. In a contemporary world full of high-calorie fatty and sugar-containing food, this is a dangerous path to follow.

The role of social media 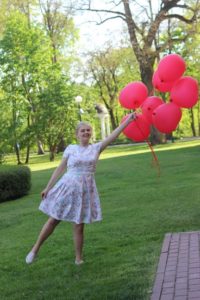 Violetta started losing weight to improve her health, but ended up being afraid of food. Before the illness, she was sometimes called a ‘mountain girl’.

“I got sick in May 2016, when I saw a ‘Fat Cat’ community on my sister’s page. I got engaged in losing weight, as I was quite overweight,” says Violetta (18 years old). The girl lost 35 kg by eating only fruits and vegetables for periods and hunger-strikes.

Violetta started losing weight to improve her health, but ended up being afraid of food. Before the illness, she was sometimes called a ‘mountain girl’.

Nadezhda (16 years old) thinks that a perfect body image influenced her eating habits. “I looked at slim people and wanted to become the same. But for me it went too far.’ When she had a dysmorphic stage of anorexia, her aunt insisted on visiting a psychotherapist. ‘I decided to start eating, but I have already had a bulimia stage, so I needed to get dripped. After a year, I recovered.” 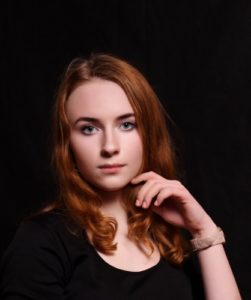 Nadezhda lost 17 kg in order to have a perfect body. Sometimes she would decide to take laxatives after drinking some dairy.

As a teenage girl faces celebrity Instagram accounts with photoshopped images and good posing involved, she feels insecure about her appearance. Can her parents influence her self-esteem before she reaches the age of surfing the Internet? Our interviewed girls did not come to an agreement on this question. It seems obvious, though, that repeating from day to day how beautiful, smart, and kind your daughter is and how much you love her is going to help at least to some extent. Not only with eating disorders, but with substance abuse, early start of sex life, and depression. Eating healthy in families is essential, but love and support is underestimated.

Is there a way out?

The rate of formed eating disorders is still relatively low. They are extreme consequences of parental carelessness, social media influence, and existing food culture. However, around 66%of Belarusian citizens are now overweight. It is an urgent problem for the government and every one of us. And everyone can contribute to solving this problem. If we start eating healthy and paying more attention to our children, everything will change. Because right now it is not too late.