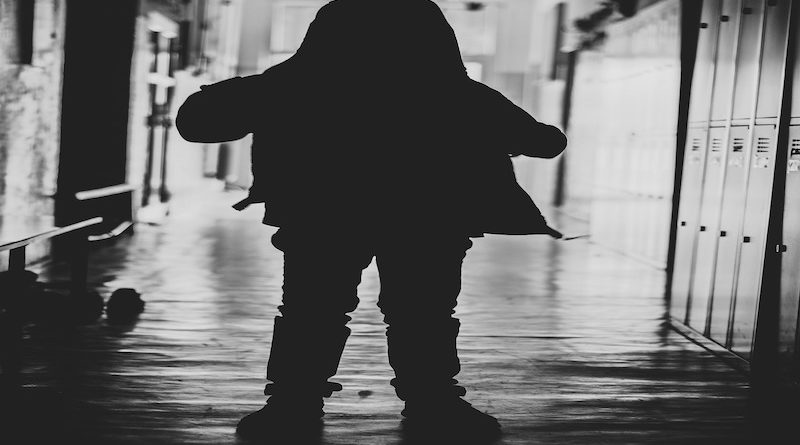 Child abuse is the main form of violence against children globally. According to Childhelp, more than 3.6 million referrals involving more than 6.6 million children are made to child protection agencies every year. At the heart of child protection are safe places, known as rescue centres, both State-owned and NGOs, where protection officers, social workers, counselors and other care givers work relentlessly to ensure that these children survive the trauma of child abuse and rebuild their lives. Ananke’s senior contributor, Liz Guantai, highlights one such Centre and what it entails to rescue and rehabilitate children who have survived the most heinous forms of abuse.

I have visited this beautiful family several times. Last year I was privileged to join them for a Christmas party, amongst other friends. We ate, sang, danced, laughed and played until darkness drew us part. Whenever I visit, I find the children playing, reading or relaxing. Sometimes I find the older children in the kitchen cooking for their younger siblings. The guardians, whom they call ‘parents’, are constantly available to watch over their children. However, this is not the typical nuclear family. The members are children who have been ill-treated by society and robbed off their beautiful childhood. They have suffered severe abuse and are now recovering from its devastating effects. I have learnt that family does not necessarily imply that members be related by blood, it is also what you call home, where you find care and protection, as evidenced in this case. This family is known as St Marian Children’s Centre in Nairobi, founded in 2008, by a Catholic nun who has since retired. Sebastian Muroki is the Director and overall coordinator of the Centre. I will not state the Centre’s address because of the sensitivity of child matters reported on a daily basis.

St Marian Centre provides shelter, comfort and parental love to children rescued from all kinds of exploitation, sexual and physical abuse, drug abuse, neglect, child trafficking among other heinous acts of violence against children. Several staff including a social worker, three house parents, a project officer and volunteer counselors assist Sebastian in his work of ensuring Children’s interests are fully protected. There is no fixed source of funding for the Centre, which currently relies on donations from well-wishers for sustainability. 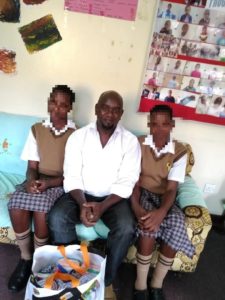 When I first visited the Centre in April 2016, I met *Rose, a twelve-year old girl rescued from perpetual defilement by her step-father. According to evidence gathered by Sebastian, her mother knew of the abuse but failed to report at the police station in order to protect the perpetrator, her husband and bread-winner from being arrested. Another story that broke my heart is that of Fourteen-year old *Lilian a young victim of sex trafficking. She was abused as a child prostitute at the Kenyan Coast from a tender age of ten, offering sex to beach tourists. Sebastian admitted that it was particularly difficult to rehabilitate *Lilian, as she was so conditioned and habituated to lead a sexual lifestyle that she would attempt to molest younger children at the Centre.

The Centre also hosted seven-year old *Brian, a child with albinism who was kidnapped from his family at age five and trafficked to Nairobi for ritualistic practices. Luckily, a good Samaritan rescued the boy and he was referred to St Marian. His family was finally traced and he was re-united with his parents two years later. Sebastian also reports of a rescued child with disabilities; a victim of neglect by the mother influenced by the belief that such children are cursed and a bad omen for the family. Another child was admitted with ailing health. His superstitious mother would not take him to hospital believing he was possessed by demons and could only be exorcised by the village pastor/witchdoctor.

Currently, the Centre hosts 20 children, with 92 others being supported externally with school fees and basic needs. However, around 50 children are rescued every year. On average, these children are housed in the Centre for about six to 12 months before they are either reconnected with their families or taken to alternative shelters.  Many reasons attribute to these children’s admittance to the Centre, some are brought because their guardians failed to protect them or circumstances limited them from performing their duties properly. While some kids admitted were introduced to and were victims of drug abuse, many were sufferers of malnutrition due to parental neglect, poverty or lack of resources. In addition to this, the Center is also a home for children with parents who have been incarcerated or are themselves survivors of child abuse. The Centre also receives cases of children whose parents are serving custodial sentences in prison after being indicted for various crimes, such as, sexual and physical abuse of their children, selling illicit brew, robbery, among others.

When a child is rescued and brought to the Rescue Centre, Sebastian ensures that the child comfortably fits into the St Marian family. Each child receives a package of basic items to help them settle, including clothing and bedding. They are trained on essential life skills such as toileting, hygiene, and general self-care. Sebastian reports that such skills are mostly lacking in these children. In addition to the provision of necessaries, the children receive counseling sessions and are also enrolled in a school. If the child’s life is seriously endangered, they are taken to a far off boarding school. The older children are equipped with technical skills at neighboring polytechnics. All children are taken through a comprehensive mental health care program to help them overcome their brutal past. They are given continuous guidance and counselling to elevate their self-esteem and help them to regain their normal lives.

Sebastian and his team liaises with the police, courts, teachers, religious leaders, and community workers to trace their families and take legal action on the perpetrators of child abuse. Parents are also given counselling. Since most cases emerge from the slums where poverty is a big contributing factor, the Centre assists parents with capital to set up income generating activities to ensure better care of the children once they are returned to their families.

I jokingly asked Sebastian whether he loves his job. He replied,

“This is not a job. It is my vocation. I choose to be the parent to neglected children, and it gives me joy and satisfaction to see their innocent and vulnerable lives, once ill-treated, fully rehabilitated and restore their full dignity.”

It breaks my heart to see such brutality targeted at innocent children. If it were not for the commitment and dedication of protection and rescue Centers such as St Marian and others, these children’s lives would not be the same. Let us all join hands to end child abuse.”