Sabin Muzaffar takes stock of the notion of shame, its interconnection with women’s socio-political status in Pakistan.

Speaking the truth is a seemingly desirous path for truth seekers, but more than often it is an arduous one to tread on. History is replete with agonizing tales of truth tellers who have suffered the whips and scorns of time for holding the mirror and showcasing reality as it actually is. And when that truth leans towards the ‘softer’ sex, the slings and arrows of outrageous virtuebecome acutely piercing. 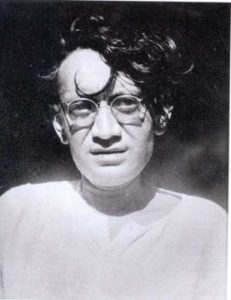 Saadat Hassan Manto was an eminent pre-partition (Indo-Pak Sub Continent) writer,  whose controversial stories such as Cold Carcass (Thanda Gosht) lead us to surmise that the uncompromisingly honest author not only apprised his readers and indignant naysayers of some chilling, hard facts about society; but that he was in fact a feminist. Looking closely, perhaps that is exactly where – according to past AND present rigid social norms and cultural taboos – his fault had always lain, an errorin judgement! Supporting women, is one thing; actually talking about their plight or depicting them as equals, one who could be strong is a socio-political ‘NO, NO’ – irrespective of where advocates of humanity stand in the sands of time.

Manto was tried six times, though never convicted, for literary obscenity mainly because his writings involved either abuse of women, coerced submission or her strength and resilience in the face of terror, conflict and violence. And yes, his portrayals mirrored the society he lived in. Many, including men of letters, termed his works of art, depraved and that his efforts were out of the literary scope. This was some odd 70 plus years ago and the situation has changed but a little. 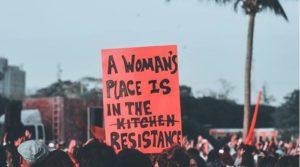 On March 8th, 2019, women of Pakistan not just from urban areas but rural communities as well, took to the streets to protest, celebrate and come together for one another. From human rights advocates and lawyers like Nighat Dad, renowned journalists to Meesha Shafi – a famous musician – all were on the ground with fellow women and girls from all walks of life. The march took place in different parts of the country. While hailed by many as groundbreaking, a large section of the Pakistani society comprising mostly of incensed men and some vexed women – read prolific keyboard warriors – began long, protracted protestations about what and how a proper Pakistani woman should and should not raise voice about their fundamental human rights. The conversation that initially bordered on anger regarding some of the posters and banners at the march, soon turned vicious with photoshopped images of the event making rounds in Twittersphere to the point that organizers of the Aurat March (Women’s March) began receiving threats of violence and death. The digital vehemence culminated in the passing of a resolution by the provincial assembly of Khyber Pakhtunkhwa which termed the march as ‘shameful.’ The resolution was unanimously passed; presented by Rehana Ismail – a woman!

The notion of shame is a constant companion of the female gender; from the doting mother who has the good or‘mis’ fortune of being a career woman, the successful working woman to even careworker or heaven’s forbid a divorcee (examples and stereotypes, there are many!); society vilifies women every step of the way, for not doing enough for her child(ren), for being a mard-maar woman (exhibiting traits generally assumed masculine, such being career oriented, aggressive or outspoken – the list is endless) to even being too forward – in other words they are slut shamed. And what with the new, digital realities, the vitriol of shame has become all the more lethal.

Case in point, a woman in Lahore was beaten and her head shaved because she refused to dance in front of her husband and his friends. While a police case was registered, stories about the woman – her elopement and past videos – began circulating. Self-proclaimed, patronizing puritans engaged egregiously crucifying the woman. Because she had married willfully and there is visual proof of her wrongdoings, her current situation deemed by many as justified. Consent and a woman actually changing her mind and saying no – whatever the reasons maybe are just incomprehensible, let alone accepted!

Pakistan’s current socio-political framework envisages its women as silent tools of production and social reproduction, a controlling notion reinforced historically by usurpers of power and custodians of patriarchal hegemony. A woman’s prerogative is to care and toil in submission – a natural order of a patrilineal universe. Those who step out and speak up, do so at their own peril!

Changing the status quo remains a distant notion till we all realize obscenity lies not in those banners at the March that merely mirrored a woman’s reality and a man’s privilege, but in not standing up, keeping one’s eyes wide shut and augmenting the virulence of oppressive masculinities.