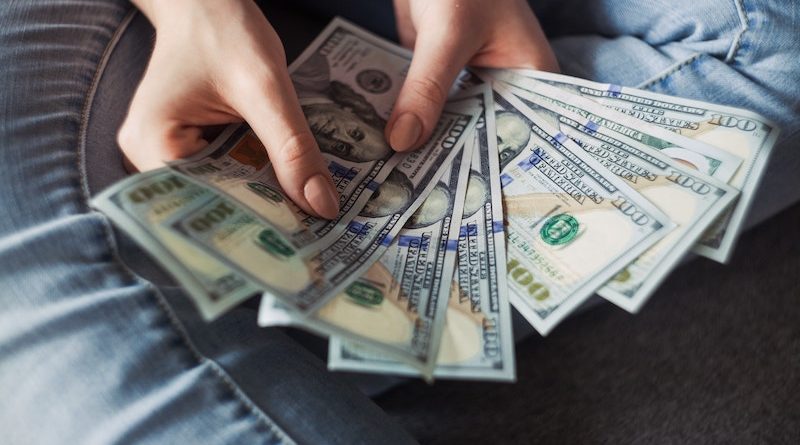 April 2nd, 2019, Boston (USA): On the eve of Equal Pay Day, a new Arjuna Capital/Proxy Impact report ranking 46 of the world’s largest companies on gender and racial pay equity hands out an “A” to only one company: Citigroup.  A failing grade of “F” is awarded to half (23) of the total group of companies, including Goldman Sachs, Oracle, McDonalds, Walmart, and Colgate. The report is available here.

Natasha Lamb, wealth manager and managing partner, Arjuna Capital, and report lead-author, said: “Equal Pay Day is a perfect time to take account of corporate America’s progress toward pay equity.  Only one company – Citigroup – earned our highest mark for setting a new standard for gender and racial pay equity disclosure.   Pfizer is a fast follower, but it’s time other companies keep pace and hold themselves to a more meaningful standard.    Arjuna Capital has pressed 22 major U.S. companies to take critical first steps toward pay equity, but it’s time for Silicon Valley and Wall Street to step up their game.”

Michael Passoff, CEO, Proxy Impact and report co-author said: “Numerous studies show women are paid less than their male counterparts. This is a key challenge for companies as they face reputational risk, consumer backlash, new legislation, and governmental and employee lawsuits. While salary policies can help ensure equal pay for equal work, providing equal opportunity to move up the corporate ladder requires more specific action from management, including better recruitment, development and retention. Ultimately, it is both equal pay and equal opportunity that will eliminate the gender pay gap.”

By sector, the highest and lowest-rated companies were:

The report describes investor engagements, regulatory pressure, and the business case for pay equity—all of which have fundamentally changed the landscape for pay equity over the last five years. GPS also clarifies the difference between company-reported adjusted wage gaps and unadjusted median pay gap disclosures mandated by the United Kingdom.  The scorecard was updated to include the median racial pay gap as a new sub-category, bringing the total ranked factors to 10. Women of color have the largest pay gaps illustrating the intersectionality of gender and race.

In the last five years, at least 64 companies have faced more than 100 shareholder resolutions on the gender pay gap.  In 2015, Arjuna Capital launched the gender pay shareholder campaign when it filed a shareholder proposal with technology firm, eBay. In 2016 Proxy Impact and other investors joined this effort and 11 proposals were filed. The shareholder campaign more than doubled to 26 companies in 2017, expanding into the financial services and retail sectors.  Thirty-three proposals were filed in 2018, and 27 so far in 2019, with a new focus on the healthcare sector.

Arjuna Capital continues to lead this effort and has filed a total of 46 proposals at 23 companies in the tech, financial, and consumer sector.  22 of these companies have committed to disclose and close their pay gaps on an adjusted equal pay for equal work basis, an important first step.  This year Arjuna is requesting more comprehensive reporting from the companies, and filed a new proposal with 12 companies requesting unadjusted global median gender and U.S. racial pay gap data.  This evolution is important because while adjusted data shows if there is equal pay for equal work, unadjusted median pay data shows if there is equal opportunity to high paying jobs.

In January 2019, Citigroup surprised investors when it revealed its “median” or companywide gender pay gap is 29 percent and its minority pay gap is 7 percent, becoming the first U.S. company to respond favorably to Arjuna Capital’s proposal asking for more comprehensive pay equity reporting.   A recent oped published by Lamb, describes the importance of this reporting.

A growing number of investor groups have made the healthcare sector a major focus in 2019.  Proxy Impact withdrew its resolution at Pfizer when it committed to conduct a global gender pay gap analysis of both adjusted and unadjusted data, and its U.S. racial pay gap in 2019. This is a standard to which we want all companies to move.

Arjuna Capital is an investment advisory firm focused on sustainable and impact investing. Lamb and Arjuna Capital have been recognized for using shareholder proposals to promote gender pay equity in the tech, banking, and retail sectors. Natasha Lamb was named to the “Bloomberg 50” list of influencers who defined global business in 2017.  For more information, visit Arjuna Capital.

Photo by Alexander Mils on Unsplash