85 Percent of Fathers Say They Would Do Anything to Be Very Involved In Caring for Their New Child, but Are Still Taking on Far Less than Mothers, Finds State of the World’s Fathers Report. 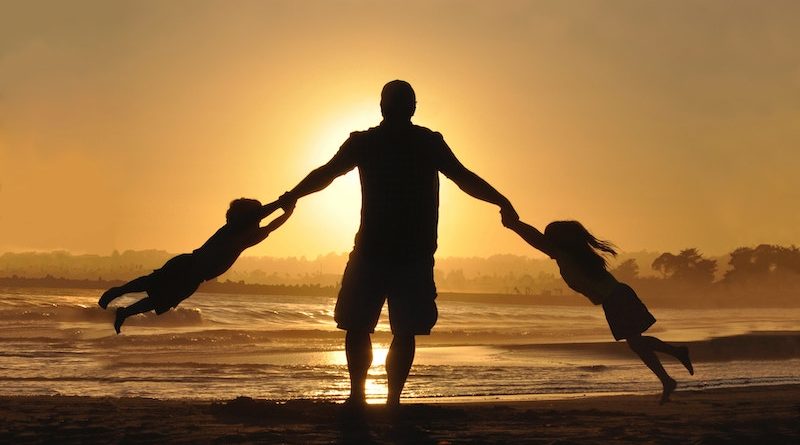 June 5th, 2019, Vancouver (Canada):50 minutes a day. That’s the amount of additional time men would need to contribute every day to caring for children and households to make a leap toward achieving gender equality in unpaid care, reveals the third-ever State of the World’s Fathers report, released today by Promundo, with Unilever Dove Men+Care at the Women Deliver 2019 Conference, in advance of Father’s Day in many countries around the world.

New research across seven countries (Argentina, Brazil, Canada, Japan, Netherlands, UK, and US) finds that 85 percent* of fathers say that they would be willing to do anything to be very involved in the early weeks and months of caring for their newly born or adopted child. So, what’s holding them back? The report identifies three major barriers: (1) the lack of adequate, paid paternity leave, and low take-up of leave when it is available; (2) restrictive gender norms that position care as women’s responsibility, alongside the perception of women as more competent caregivers than men; and (3) a lack of economic security and government support for all parents and caregivers.

The State of the World’s Fathers report is produced by Promundo, co-coordinator of MenCare: A Global Fatherhood Campaign, which is active in over 50 countries. It reveals new research findings, conducted with Unilever, Dove Men+Care in seven countries and Plan International Canada in four countries – drawing from interviews and surveys of nearly 12,000 individuals. It also includes cross-country data analysis from more than 30 countries, and it provides recommendations to close the unpaid care gap in support of achieving gender equality.

No country in the world has achieved equality in unpaid care work – or pay equality – between men and women. The progress is incredibly slow. Analysis of time use data finds that if men took on at least 50 minutes more care per day (and women did 50 minutes less), we would tip the scale toward equality.

“We must accelerate national commitments to support all children, parents, and families to thrive, and to achieve men’s uptake of half of the daily care of children and of our homes. Full stop,” says Gary Barker, President & CEO, Promundo. “Anything less continues to perpetuate the inequalities that women and girls face every day.”

At the conference, Unilever’s Dove Men+Care and Promundo also launched a global Paternity Leave Corporate Task Force – a member-led and owned alliance that aims to identify, promote, accelerate and bring to scale commercially and societally sustainable solutions that will result in improved access and uptake of paternity leave for all men. Women Deliver is a member of the new Paternity Leave Corporate Task Force.

“There are significant inequalities in caregiving and women continue to shoulder a disproportionate share of unpaid care. As advocates, Women Deliver welcomes new evidence as a powerful tool for driving action and change,” said Susan Papp, Managing Director of Policy and Advocacy at Women Deliver.  “The State of the World’s Fathers report arms us with the information we need to push for a more gender equal world.”

The global report calls for countries, employers, and civil society to commit to accelerate action and support men’s increased participation in unpaid care work. The report was launched alongside the MenCare Commitment, aimed at facilitating an enabling environment where men take on 50 percent of the unpaid care work by 2030. It also supports fathers to put their intentions to care into action by – at a minimum – taking on an additional 50 minutes a day.

* Note: The multi-country average reflects calculations that give equal weight to each respondent in each subcategory (i.e. men, women, fathers, mothers), regardless of country.

About Women Deliver. Women Deliver is a leading global advocate that champions gender equality and the health and rights of girls and women. Our advocacy drives investment – political and financial – in the lives of girls and women worldwide. We harness evidence and unite diverse voices to spark commitment to gender equality. And we get results. Anchored in sexual and reproductive health, we advocate for the rights of girls and women across every aspect of their lives. We know that investing in girls and women will deliver progress for all. And every three years, we galvanize momentum at the global Women Deliver Conference – our signature event. It’s a bold and diverse gathering, a fueling station of ideas, and generator of action, convening thousands of decision-makers from civil society, governments, the private sector, and international agencies alongside advocates, activists, and journalists to identify solutions and drive change for girls and women.
Link to report here

Photo by Jude Beck on Unsplash