Navigating transitions will put women on a path to more productive, better-paid work and greater gender equality; failing to do so could worsen existing challenges and widen gender disparities. 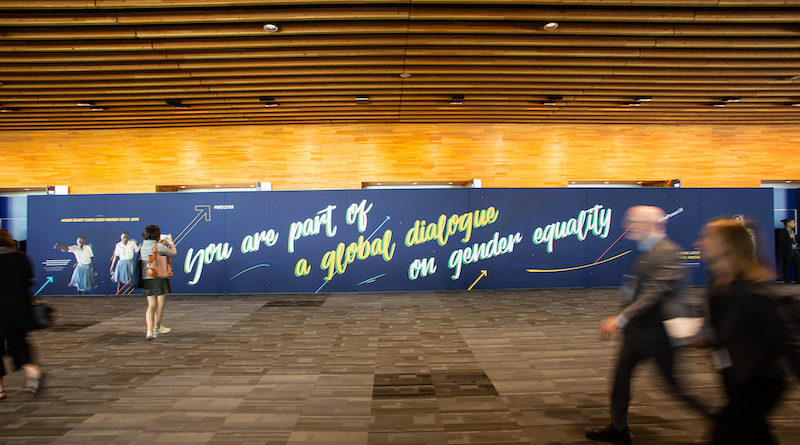 June 5th, 2019, Vancouver (Canada):A new McKinsey Global Institute (MGI) report, The future of women at work: Transitions in the age of automation, released on June 4th, 2019 at the Women Deliver 2019 Conference, explores the impact of automation on the global workforce through a gender lens. It finds that 40 million to 160 million women—as many as one in four women currently employed today—may need to switch occupations as their jobs become automated by 2030—often into higher-skilled roles.  The report concludes that if women succeed in making these transitions, they could maintain or even improve their current share of employment and be well positioned for more productive, better-paid work. If they do not, gender inequality in work is likely to worsen, the gender pay gap could widen, and some women may drop out of the workforce.

According to the report, a roughly similar percentage of men and women may need to transition across occupations over the next decade—7 to 24 percent of women currently employed compared to 8 to 28 percent of men. However, the report, which studies several scenarios of automation across six mature economies and four emerging economies in detail, finds that long-established barriers will make it harder for women to make these transitions. They often have less time to reskill or search for employment because they spend much more time than men on unpaid care work; are less mobile due to physical safety, infrastructure, and legal challenges; and have lower access to digital technology and participation in STEM fields than men.

These challenges have already slowed women’s progress, which comes at a high cost. Previous MGI research estimated that narrowing gender gaps could add $12 trillion to the global economy in 2025. However, in the four years since MGI first analyzed gender inequality in society and work, progress on both fronts has been limited, and women’s progress toward equality in the workplace continues to lag behind social indicators of equality.

“At first glance, it looks like men and women are running the same race into the age of automation, but while the distance may be similar, women are running with a weight around each ankle. If we invest in removing those weights, women will not only achieve greater economic success for themselves, but also help strengthen businesses and economies,” said Kweilin Ellingrud, a senior partner at McKinsey and co-author of the report.

Policy makers and businesses need to step up interventions, targeted at women, to overcome these barriers. Top priorities include more investment in training and transitional support; more provision of childcare and safe and affordable transportation; addressing stereotypes about occupations; boosting women’s access to mobile internet and digital skills in emerging economies; and supporting women in STEM professions and entrepreneurship.

“As we move into the future of work, we need to step it up and not leave half the population behind if we want individuals, societies, and economies to thrive,” said Katja Iversen, President/CEO of Women Deliver.  “We need to invest—politically, programmatically, and financially—in girls and women so that automation continues to move us forward, not backwards.”

For the full report, visit McKinsey.

About Women Deliver
Women Deliver is a leading global advocate that champions gender equality and the health and rights of girls and women.

Our advocacy drives investment – political and financial – in the lives of girls and women worldwide. We harness evidence and unite diverse voices to spark commitment to gender equality. And we get results.
Anchored in sexual and reproductive health, we advocate for the rights of girls and women across every aspect of their lives.

We know that investing in girls and women will deliver progress for all.

And every three years, we galvanize momentum at the global Women Deliver Conference – our signature event. It’s a bold and diverse gathering, a fueling station of ideas, and generator of action, convening thousands of decision-makers from civil society, governments, the private sector, and international agencies alongside advocates, activists, and journalists to identify solutions and drive change for girls and women.

IN FOCUS – WD2019: Nearly 40% of the world’s girls and women live in countries failing on gender equality, SDG Index finds