RiiSE Conference champions gender parity and diversity in the regional and global workplace. 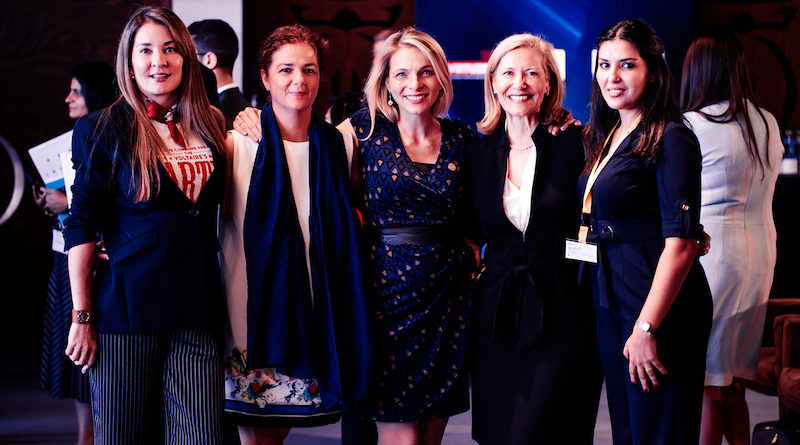 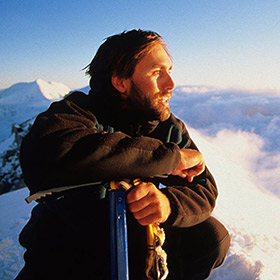 “It doesn’t matter if you can see or not, because we are always in the dark. Fears are overwhelming especially the fear we might fail. All these fears conspire against us to paralyze us. But life is ever changing, and we still reach out and embark on great adventures. Engineer your own future. You don’t need to see to visualise, you can sense vision. Don’t make your loss a vacuum rather a blank canvas with you being the artist!” This was the stirring keynote speech by US athlete and activist Erik Weihenmayer, inspiring awe and admiration by an enraptured audience at the RiiSE conference held recently in Dubai.

Organized by Accor, a world-leading augmented hospitality group, in association with Entrepreneur Middle East; regional and global gender-equality leaders gathered for a high-level conference in Dubai, UAE, on October 21st, 2019, to mark the one-year anniversary of its gender parity and diversity in the workplace initiative, RiiSE.

The international RiiSE network, launched in October 2018 by co-chairs Accor Chief Digital Officer Maud Bailly and AccorInvest CEO John Ozinga, comprises of men and women, as denoted by the double “ii”, who are all committed to the values of knowledge sharing through mentoring programmes, solidarity, and combatting stereotypes and discrimination, as well as promoting female talent to positions of leadership.

The RiiSE conference, which took at Sofitel The Palm and was moderated by CNN’s Julia Chatterley, involved a stellar line-up of speakers, including former Australian Prime Minister, Julia Gillard; pioneering blind American athlete and activist, Erik Weihenmayer; and representatives of the United Nations, global charities and major corporations. They shared their experiences of challenges and triumphs in the workplace and discussed positive steps women can take to overcome perceptions and advance their careers. Accor CEO Sebastien Bazin and Maud Bailly were also event headliners, and both recognized the importance of the Middle East and Africa in the empowerment and diversity discussion. The region today accounts for almost 30% of the Group’s global RiiSE network of close to 30,000 employees from 4,900-plus hotels in 111 countries. Male and female talent from Accor’s hotels in Saudi Arabia and Egypt dominate RiiSE membership in the region.

“It has been a privilege to host leading authorities on gender equality at our first RiiSE conference, which not only marks the programme’s one-year anniversary, but a major milestone for Accor, which aims to set new benchmarks for gender parity and diversity in the hospitality sector,” said Mark Willis, CEO, Accor Middle East & Africa.

“We have made strong progress with this goal in the Middle East and Africa over the past year and I believe the words of advice and encouragement from these experienced gender-equality champions will provide the inspiration and impetus for us to build on this momentum over the next few years, cementing our reputation as an employer of choice in the region.” 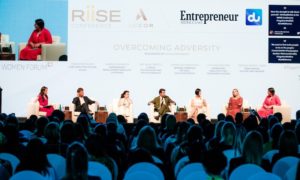 Experts on this panel, which also involved Sebastien Bazin, discussed strategies for coping with adversity in the workplace, such as using it as a learning experience that leads to personal and professional growth. Speakers were candid about their own personal experiences, explaining how perseverance in overcoming challenges had enabled them to achieve their goals.

The panel further discussed the importance of intersectionality and inclusion as the founding pillars of diversity, reminding the audience that diversity excluding these two pillars could never make sense. One of the panellists, Jessica Smith, a Paralympian, speaker and author, commented: “We need to first invite people to be on the table.”

Another panellist, Chalhoub Group’s Hamdi Kulahçioglu talked about being a role model for his daughter, “About 60 percent of our employees are now female. This is the only way to grow and flourish. We have been doing this successfully. I will continue to hire more women and want to walk the talk!”

The panel on Overcoming Adversity also broached on a number of fundamental questions including the importance of equipping children to not just be ready for the future of work but also equipped with soft skills and a gender-sensitive mindset.

Pondering over the importance trainings and mentorship, the entire panel unanimously agreed the latter’s importance especially when moulding visionary leaders; stressing the need of talking about one’s achievements, specifically for women. Eminent psychologist Dr. Nazli Neftci went on to opine: “Have the strength to talk about yourself.”

UN Women’s Hannah Beswick presented a compelling thought while speaking about the critical role of inclusion especially in peace building processes, saying: “When women are brought to the peace keeping table, it becomes more meaningful and sustainable as opposed to when they are not included, progress breaks down within five years.”

Host of the panel, CNN’s Julia Chatterley, also touched upon educating children inclusively and how teaching them 21stcentury soft skills was the way forward. Putting forth the question, she quizzed the panel about ways of properly equipping future generations.

The second session entitled ‘Breaking the Glass Ceiling’, turned the spotlight on strategies for success, with eminent female executives from Europe and the Middle East disclosing techniques they used to advance their careers and top tips for getting ahead in the workplace.

The panel focussed on issues and topics ranging from care work, inclusive policies, the critical role of mentorship especially for women as well as women hitting professional snags due to comparatively longer maternity leaves as opposed to paternity days off and how to bring women back into the career fold. 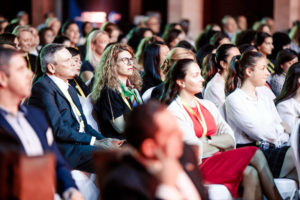 One of the key takeaways of the discussion was pointed out by Accor’s Maud Bailly, who commented: “Leaders need to react when they see sexism within their team.”

The conference also included an inspirational keynote speech by US athlete and activist Erik Weihenmayer, who appeared on the cover of TIME magazine as the first blind climber to reach the summit of Mount Everest, while event moderator, CNN’s Julia Chatterley, staged a ‘fireside chat’ with Australia’s first Prime Minister and first leader of the country’s Labor Party, Julia Gillard and Accor’s Chief Digital Officer, Maud Bailly.

The event rounded off a successful inaugural year for RiiSE, particularly in the Middle East and Africa, which has been consolidated into one RiiSE region and is led by a steering committee of women and men from multiple disciplines, departments and positions – from interns to the Chief Commercial Officer, Yigit Sezgin.

The RiiSE committee is currently working on several initiatives including the provision of day-care and nursing facilities for colleagues at upcoming new-build properties across the region; an increase in maternity leave duration for the regional office in Dubai; and the introduction of paternity (father’s) leave.

The Group has also partnered with Evolvin’ Women to offer life-changing skills development placements to women from remote areas of countries including South Africa, Ghana, Rwanda and Kenya at several of its UAE properties.

The two-year placements provide each participant with training, work experience and one-to-one mentoring with Accor hotel colleagues and management, at the end of which, Evolvin’ Women offers them the opportunity to share their skills and knowledge with their communities through volunteer work or with organisations where they can forge careers and gradually become financially independent.

“Many companies talk about gender equality, diversity and inclusion, but only a small percentage put meaningful programmes in place,” said Willis.

She is Arab Launches in UAE