Women 20, We-Fi workshop focus how to break barriers on access to finance for women entrepreneurs across MENA. 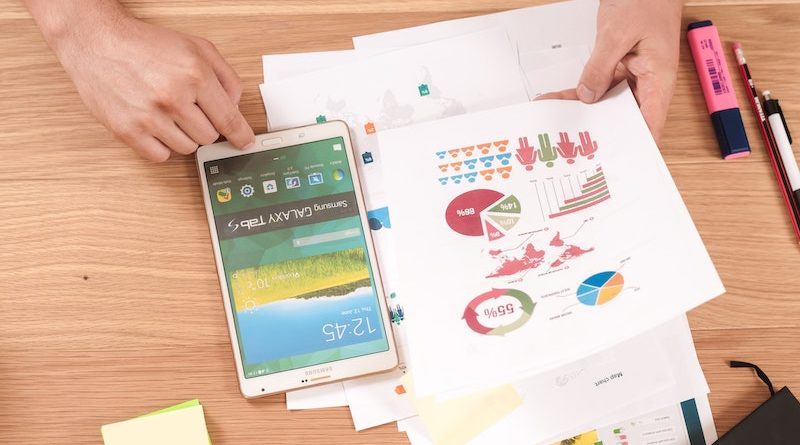 Dubai (UAE): Issues facing women entrepreneurs across the MENA region were discussed today at the We-Finance Challenge workshop, co-sponsored by Women 20 (W20), held at the WE-Fi MENA Regional Summit in Dubai. The two secretariats joined forces to look at the barriers on access to finance; and the legal framework and regulations that hinder women’s entrepreneurship. Specifically, they focused on the need for better gender- disaggregated data on access to finance by financial institutions and investors.

W20 Sherpa Salma Al-Rashid explained: “The We Finance Challenge has a practical purpose: to encourage the private sector to track its lending to women-led SMEs. We know that systematically collecting data helps inform both internal business and national government policies, and should then lead to increased lending. With members across the G20 countries, W20 aims to help women entrepreneurs in this important year for women.”

Wendy Teleki, Head of the We-Fi Secretariat, commented: “The goal of the We-Fi Summit, including today’s workshop, is to spur action to support women’s entrepreneurs and convene partners to make this happen. W20 is a key stakeholder to help us move that agenda through their work with the G20.” 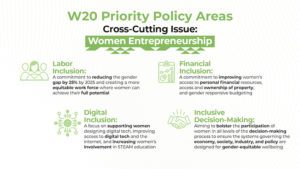 The We-Fi MENA Regional Summit is held 16-17 February on the sidelines of the Global Women’s Forum Dubai.

W20 has four focus areas in the Saudi Presidency G20 year: labor inclusion, financial inclusion, digital inclusion, and inclusive decision making. Underpinning these is the need for greater accountability in both the private and government sectors.  The 2020 W20 is also promoting the cross-cutting theme of women entrepreneurship. To augment this, W20 decided to co-sponsor the We- Finance Challenge, a session where key organizations convene to discuss a joint plan of action to accelerate the number of financial institutions that are tracking their financing to women entrepreneurs.

Commenting after the sessions, W20 Sherpa Salma Al-Rashid said: “The meetings today helped us as advocates of women’s empowerment – and within that the ambitious sector of society that are women entrepreneurs – to understand what steps need to be taken by financial institutions, regulators and investors to accelerate lending. The W20 is determined to build on these constructive discussions and use its platform and access to G20 to push this agenda.”

​The Women 20 (W20) is an official G20 engagement group established during the Turkish presidency in 2015.

It is a policy recommendation engagement group which is part of the G20 process but is independent from governments. In its functioning, it mirrors the G20 process.

Its primary objective is to ensure that the gender considerations are mainstreamed into G20 discussions and translate into the G20 Leaders’ Declaration as policies and commitments that foster gender equality and women’s economic empowerment.

How does it work

Through a broad dialogue facilitated by digital tools, expert meetings, roundtables and the final Summit, W20 delegates jointly formulate concrete actionable policy recommendations to advance gender equality in G20 negotiations. The W20 Communique reflects the engagement group’s position with supporting evidence; while these recommendations are non-binding, they are considered by the G20 for its discussions and negotiations, and contribute to the policymaking process.​

Every year, the W20 develops and addresses to the G20 Leaders a Communiqué which contains a series of actionable policy recommendations aimed at fostering gender equality and women’s economic empowerment in order to boost gender-inclusive economic growth for each and every country. 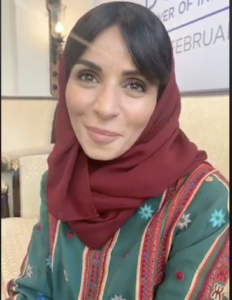 Ms Salma Al-Rashid is the W20 Sherpa for the year of Saudi Arabia’s Presidency of the G20. As a official delegate she has represented Saudi Arabia at W20 meetings in Argentina and Japan, and helped shaped the communiqués to G20 leaders.

Salma Al-Rashid is the Chief Advocacy Officer of the Alnadha Society. She has been the Director of the Development Program Management since 2016 after she managed the Mostaqbali “My Future” project and established Qudrah “capacity” project for volunteer work services for three years. Ms. Al-Rashid is a member of the International Association for Voluntary Efforts (IAVE), the Council for Certification in Volunteer Administration (CCVA). She holds a certificate in advanced study in managing non-profit organizations (CAS) from the University of Geneva in Switzerland. She also holds a certificate from the Board of Directors of Voluntary Work (CCVA) in the United States.