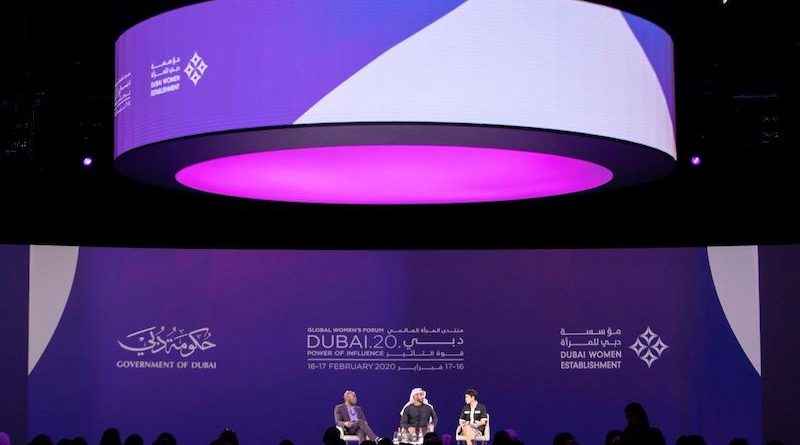 February 18th, 2020, Dubai (UAE): Global Women’s Forum Dubai 2020 hosted a plenary session that explored how individuals, governments and global institutions can adapt to new ideas and ways of operating during the Fourth Industrial Revolution, and how women’s participation and advancement is essential in this transformation.

The plenary explored a wide range of themes related to the transformational changes that need to take place in a time of rapid technological, social, and environmental change during the 4th Industrial Revolution. A number of key topics discussed during the dynamic panel discussion and interactive Q&A session, such as how digitalisation can affect the workplace, the importance of educating the youth in emotional and academic intelligence, global cybersecurity policies and the importance of including women in low income societies.

The speakers also shed light on the important role that the United Arab Emirates is playing in enabling and supporting women’s participation and advancement and the environment it has created to foster a culture of inclusivity across the nation. 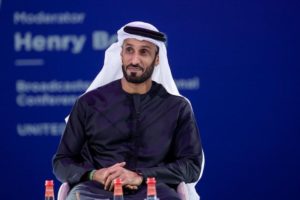 Khalfan Belhoul, CEO, Dubai Future Foundation, UAE, said: “We are so fortunate in this region to be empowered by the UAE leaders, which is why this is a recipe of success for the nation. Trust in our leadership and trust in our youth and empowerment is what has led the United Arab Emirates to where it is now – fully empowered.”

Discussing the change she has seen in the region, Rana Nawas, Corporate Speaker, Strategic Advisor and ‘When Women Win’ Podcast Host, said: “I have seen immense change. This awakening has been happening in the corporate world and in government at the same time. The MENA region is a very diverse region and the UAE is very different to what is going on elsewhere. Women were already in government 15 years ago but they weren’t making it to the top. There has been a big shift – now there are not only 50-60% of women in government, but they are government ministers and women running government and semi-government organisations. What we have seen and what is dependent on the future of work – is that the government sets the tone. In MENA, we have cultural barriers that prevent women getting into the workplace, so if I’m looking ahead and thinking what needs to change, we can learn from the success of the UAE, where the tone was set at the top and cultural change was pushed through by government”. 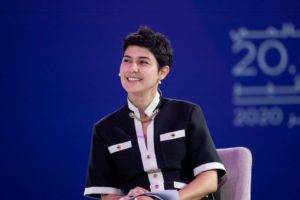 In discussing technological advances, such as the development of Artificial Intelligence (AI), robotics, cybersecurity and its effect on ethics and governance, an interactive discussion highlighted the importance of embracing new technologies, having an openness and dialogue between countries – at multi-lateral and multi-government levels – to adopt global data policies and foster collaboration.  There was also an emphasis on implementing technology and data policies that benefit all of humanity and ensuring inclusivity between men and women, related to the gender bias of data inputting and coding. 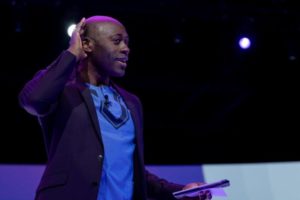 The moderator, Henry Bonsu, Broadcaster and International Conference Host took questions from the audience. One of the key questions highlighted how women with low salaries can sustain their source of income with new technologies. The panel addressed this through highlighting the different types of jobs that will be available, particularly in the care economy, and the importance of adaptation and shifting the mindset to these new skills that require digital development, a human element and creativity.

The plenary concluded with a discussion about how society should implement emotional intelligence when working with and coding AI and introducing a human element, which is not only a human’s competitive advantage but also a women’s competitive advantage. The dialogue concluded with the importance of upskilling the youth and due to the evolution of jobs in the next 20 years and beyond, emotional intelligence should be given the same value as academic intelligence.

GWFD 2020 is taking place at the Madinat Jumeirah in Dubai, UAE, under the patronage of His Highness Sheikh Mohammed bin Rashid Al Maktoum, Vice President and Prime Minister of the United Arab Emirates, and Ruler of Dubai, and will conclude on 17 February.

Building on its theme, ‘The Power of Influence’, Global Women’s Forum Dubai 2020 will highlight how effective policies and partnerships in four key areas – Government, Economy, Society, and the Future – can further women’s positive impact for a better future.

Global Women’s Forum Dubai (GWFD) 2020 is an international event being held on February 16-17, 2020 at Madinat Jumeirah in Dubai, United Arab Emirates. It is organised by Dubai Women Establishment (DWE) and held under the patronage of His Highness Sheikh Mohammed bin Rashid Al Maktoum, Vice President and Prime Minister of the United Arab Emirates and Ruler of Dubai.

Building on its theme ‘The Power of Influence’, GWFD 2020 offers a global platform to discuss improved policies and foster partnerships that further women’s positive impact across four key areas: government, economy, society, and future. The event aims to engage over 3,000 attendees – including global leaders, public and private sector experts, as well as entrepreneurs, academics and students – through workshops and keynote sessions.

The Forum’s Knowledge Partner is the Organisation for Economic Co-operation and Development (OECD).  Alongside the Women Entrepreneurs Finance Initiative (We-Fi), DWE is also co-organising the We-Fi MENA Regional Summit – a side-line event that will host entrepreneurs from the region’s emerging economies.

In line with the UAE’s ongoing commitment to advance gender balance across all sectors, GWFD 2020 will drive female engagement and participation in the workforce, and is a testament to the country’s position as a global role model for the advancement of women.

The Establishment’s mission is to advance the engagement and socio-economic participation of women across various sectors and fields. DWE’s strategic plan 2017-2021 focuses on providing recommendations to shape policies; fostering strategic partnerships; developing capacity-building programmes; as well as conducting in-depth research and facilitating the exchange of knowledge by organising global events and leading initiatives.