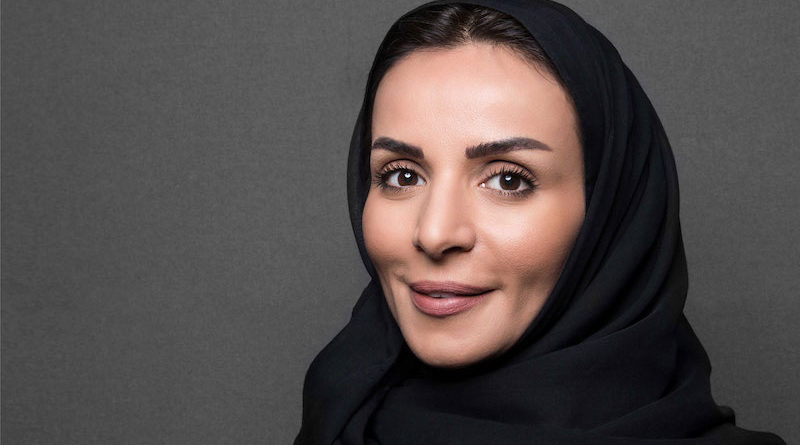 Tell us a bit about Women20, it’s vision and goals.

The Women 20 (W20) is an official G20 engagement group. Operating independently from government, it works within the G20 process to recommend policy to ensure that gender considerations are mainstreamed into G20 discussions. The ultimate goal is for these to enter the G20 Leaders Declaration as policies and commitments that foster gender equality and women’s economic empowerment.

As it enters its 5th anniversary for the Saudi Arabian presidency of the G20, W20 sits upon a robust foundation as its builds upon the success of the previous W20 presidencies. At a time of growing economic inequality and political instability, our ambition is that no woman get left behind. We have therefore crafted a focused policy agenda that we aim to translate into a set of concrete, results-oriented policy recommendations for G20 leaders and decision-makers.

We believe that the W20 is capable of advancing positive outcomes for women throughout the G20 countries and beyond. Our goal is to empower women and our focus is on reducing the socio- economic barriers faced by women around the world.

You’re the Women20 Engagement Sherpa for G20, can you explain what it entails?

It is an exciting year to be the W20 Sherpa, which is a key advocacy and coordinating role. Aided by a talented secretariat of women, as Sherpa, I am working closely with my fellow delegates from across the G20 countries to build consensus around a communique that we can then advocate to leaders of the G20 countries to further advance women’s economic empowerment.

I’m also excited to welcome delegates from across the world to the W20 summit in Riyadh from 20 –22 October.

What in your opinion Women’s Empowerment mean in the current environment of distress in the Middle East as well as at a time when gender equality is taking center stage?

The W20 was pleased to cosponsor sessions at the We-Fi MENA Summit (February 16-17, 2020) which focused on the barriers to women’s success across the Middle East, within business and the law. These sessions helped us, as advocates of women’s empowerment, – and within that the ambitious sector of society that are women entrepreneurs – to understand what steps need to be taken by financial institutions, regulators and investors to accelerate lending to women entrepreneurs.

The MENA region hold great potential, with a high percentage of youth in its population, it is time to unleash women’s potential to advance the regions economy, promote peace and bring stability.

The W20 will attend and engage in events and conversations across the region this G20 year.

How do you as a W20 representative, an engagement Sherpa, plan to move forward with the gender equality agenda?

Drawing on our analysis and in line with W20’s legacy, we have retained the traditional three focus areas of previous W20 presidencies and proposed “Inclusive Decision Making” as a new theme under the Saudi Arabia presidency to ensure a gender sensitive and responsive approach is applied in all aspects of life. The focus areas are : Labor Inclusion; Financial Inclusion; Digital Inclusion; and Inclusive Decision Making.

We also designated women’s entrepreneurship as a cross-cutting topic to underscore its importance throughout all focus areas. The agenda of the G20 presidency states, “special attention will also be devoted to facilitating and promoting an increased role for micro-small, and medium-sized enterprises in the global economy.”

What in your opinion are key barriers to women’s economic empowerment?

What hinders the gender equality and women’s empowerment dialogue (engagement) between stakeholders like the public and private sectors as well as individuals?

One hindering factor is that gender equality is often treated as a separate strand of policy, when it should be treated as an important element of all policy dialogue. The W20 is a policy recommendation group with a fundamental role in ensuring a gender sensitive approach is applied in all G20 work and activities. As such, it is imperative that the W20 has access to the different G20 tracks and is included in all gender related discussions.

The private sector also has a role to play in supporting these conversations and sharing their own gender equality policies.

How do you envision the future for women’s empowerment in the region?

This a positive time for women’s empowerment in Saudi Arabia, and the region. Saudi Arabia is going through a groundbreaking period of transformation that is focused on diversifying its oil-dependent economy, and that has improved the rights for and mobility of women. Vision 2030 sets a target to increase women’s participation in the workforce from 22% to 30% by 2030.

And we are seeing results. The World Bank’s “Women, Business and the Law 2020” study, which tracks how laws affect women in 190 economies, found that of the ten economies that improved the most last year, six are in the Middle East and North Africa. Saudi Arabia made the biggest improvement globally, enacting reforms in six out of eight areas measured including in women’s mobility, sexual harassment, retirement age and economic activity. The United Arab Emirates also reformed in five areas.

The We-FI MENA Summit and the Global Women’s Forum in Dubai (held on February 16-17, 2020) highlighted the dynamism and pragmatism of the women’s empowerment movement across the region.