New research by EM2030 and the United Nations measures the world’s progress in achieving the Beijing Platform for Action. 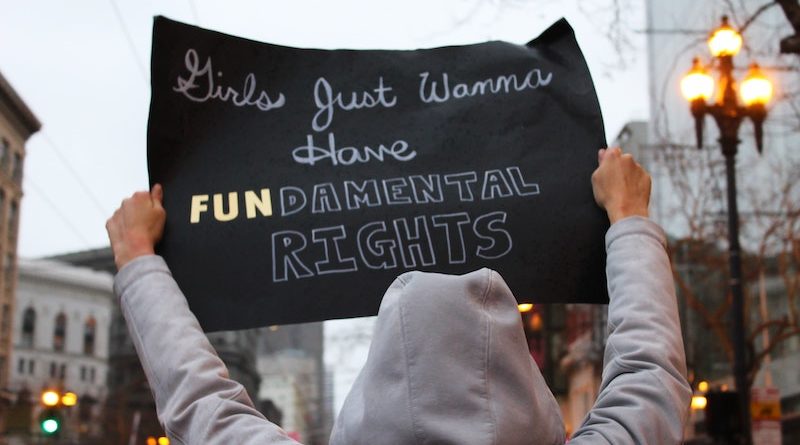 March 7th, 2020, New York (USA): Women Deliver, a global advocate for gender equality and the health and rights of girls and women, welcomes new research launched today by Equal Measures 2030 (EM2030) and UN Women that reveals progress and gaps in the work to advance gender equality. The analyses show that the agenda laid out in the Beijing Declaration and Platform of Action 25 years ago —the most progressive blueprint ever for advancing women’s rights — is unfinished, but with increased investment in girls and women, we can accelerate progress. The reports were launched in advance of International Women’s Day on 8 March and during UN Women’s Generation Equality campaign, which is working to achieve gender equality in this generation.

“These reports add to the mounting evidence that a more gender-equal world is possible if we invest in girls and women. Decision-makers should seize this new evidence and the current spotlight to make bigger, bolder commitments and take strong action towards advancing gender equality and sexual and reproductive health and rights. Not in another 25 years, but now,” said Katja Iversen, President and CEO of Women Deliver.

One report, Bending the Curve Towards Gender Equality by 2030, released by EM2030, an independent civil society and private sector-led partnership, of which Women Deliver is a founding partner, analyzes five key gender equality targets: access to contraception, girls’ education, political leadership, workplace equality laws, and safety. The report found that more than a third of countries have been moving slowly — or even in the wrong direction — on at least four of these five issues over the past two decades.

New Research: 25 years after “Women’s rights are human rights,” progress towards gender equality has stalled in some areas; but opportunity remains.

“Far too many countries have been stagnating or even backtracking on vital issues that affect the lives and futures of billions of girls and women, such as whether they finish school or if they have equal rights at work. Globally, progress towards gender equality is limping along,” said Alison Holder, Director of EM2030.

However, progress has been made. The research also found that many countries — from all regions of the world — have made rapid progress on the five issues studied. For example, in Rwanda, access to contraception increased from covering 12 percent of girls and women in 2000 to 69 percent in 2018. In Ghana, the percentage of girls who completed secondary school grew from just five percent in 2003 to over 40 percent in 2015. These countries show that progress is possible with concerted action and attention.

UN Women also released a new report today, Women’s Rights in Review 25 Years After Beijing, which reinforces these findings. Through an analysis of the largest stocktaking exercise on women’s rights ever undertaken, led by the UN Secretary-General, the report lays out important gains that have been made since the adoption of the Beijing Platform for Action and where the world falls short. For example, a promising 131 countries enacted 274 legal and regulatory reforms toward gender equality between 2008 and 2017, and globally, more girls are in school than ever before.

At the same time, the world’s maternal mortality ratio remains too high, only 1 in 4 seats are held by women in national parliaments, and everywhere, women aged 25 to 34 are 25 percent more likely than men to live in extreme poverty. Ultimately, to meet the vision that the Beijing Platform for Action laid out and reach the Sustainable Development Goals, the report calls for an energetic recommitment to action and implementation.

The report shares six cross-cutting areas where governments and stakeholders should focus efforts to realize gender equality and the health and rights of girls and women:

To meet progress in each of these areas, governments and stakeholders must take on four universal catalysts for change: support women’s movements and leadership; harness technology for gender equality; ensure no one is left behind; and match commitments with resources.

“Though we are radically impatient, we are not giving up, and we are hopeful. We have growing support from allies and partners who are ready to tackle barriers against gender equality. We see the driving will for change across generations and countries. We are locating issues that unite us and that offer opportunities to disrupt the status quo. Lessons learnt in the last 25 years have shown us what is needed to accelerate action for equality. Generation Equality is one of our answers and together, we are that generation,” writes Phumzile Mlambo-Ngcuka, Executive Director, UN Women, in the report.

The actions of the global community now will determine the prospects of current and future generations. In 2020, Women Deliver is harnessing our power to call on decision-makers in governments, civil society, and the private sector to make bigger, bolder, and more accountable commitments for gender equality. Everyone in every sector has a role to play in creating a gender-equal world that is healthier, wealthier, more productive, and more peaceful — but we need stronger, more concerted action to get us there.

Photo by lucia on Unsplash