Ananke organizes an insightful webinar Civil Liberties Under A Gender Lens in the Digital Age to celebrate Women’s Day. 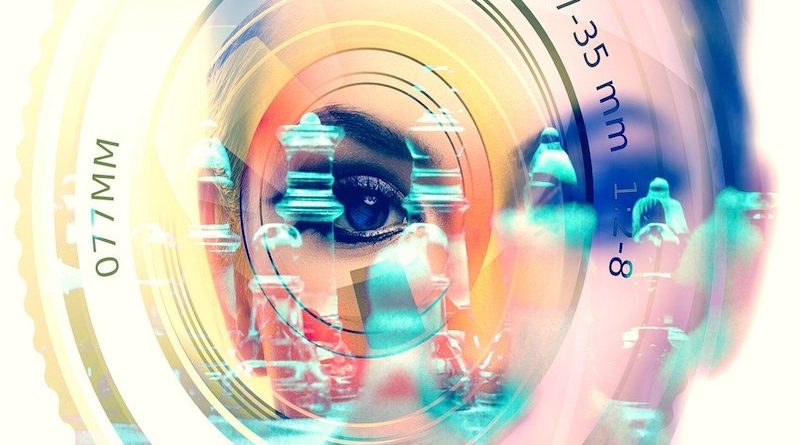 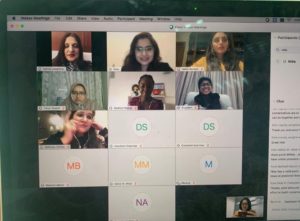 On March 7th, 2020, Ananke began its International Women’s Day celebrations by hosting an engaging webinar titled Civil liberties under a gender lens in the digital age. The event was supported by Women In Law, Pakistan. 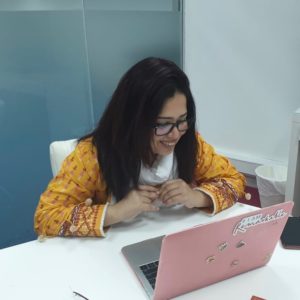 The event focused on how technology has revolutionized not just people’s daily lives, but also how one engages, acts as well as reacts to it. Broaching the subject of online safety versus open web, Sabin Muzaffar initiated the dialogue by remarking: “Technology, digital media including social is playing a huge role in not just connecting all of us, an example is this very webinar, it can either play a catalyzing part in empowering societies intersectionally or even a very divisive role. On top of that, this brand new reality also makes it all the more important that we begin to rethink civil liberties in the digital age. It is critical that values like privacy and free speech keep pace with innovation and the digital medium.  As surveillance of thinking, reading, and communications threatens free speech, the surplus of disinformation fuels propaganda.” 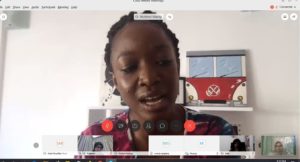 Agreeing with Sabin, Muthoni Maingi an award winning global digital strategist and currently the Head of Digital Campaigns at Oxfam International, commented: “ Even if you are not thinking about digital, digital is thinking about you.” Muthoni shared deep insights on how companies, not limited to tech, exploit technology to create disinformation, triggering backlash and hate online. She said: “There are numerous benefits of ICTs and especially the digital media but these are being undermined by forces that are attacking democratic ideals. The powers that be, exploit technology to create backlash, disinformation and hate to manipulate people. Not only is this trend not going anywhere anytime soon, it is carried out to attack democratic ideals and institutions.”

Eminent human rights advocate, Mandy Sanghera spoke about how digital technologies have enabled people to connect and be empowered. “Tech has allowed people, and especially young people to connect. This connectivity excites the youth but many are unaware of the dangers it also possesses. Like everything else, there are many pros and cons as far as being online is concerned and it important to educate not only the young people but all of us to better understand and experience this empowering innovation,” she said. Mandy also spoke eloquently about the impact of cyber violence on mental health, sharing personal experiences of being gaslighted for speaking the truth and her works as a rights advocate.

Faiza Yousuf, a technologist and a serial entrepreneur

Faiza Yousuf, a technologist and a serial entrepreneur, shed light on providing Internet and technology access to women, especially in Pakistan which experiences a huge gap. Talking about online safety, Faiza explained the steps she takes as the founder of a Facebook community WomenInTechPk as well as a co-founder of CodeGirls, where girls are taught coding, 21st century skills etc. She spoke the need to empower women and girls with knowledge about online safety and how to counter online bullying.

Continuing the discussion, Founder of the Facebook closed community; Pakistani Lady Bloggers, Mehreen Farhan pondered: “Why do women feel safe in closed communities (for instance just with other women) and are then able to voice their opinions rather than in the wider Internet community?  We need to address this primarily to create safe online spaces.”

Answering Mehreen’s question, Kirthi Jayakumar – activist, artist, entrepreneur and writer from Chennai, India who founded and runs The Gender Security Project, opined: “The Internet has not been designed by patriarchy but is being weaponized by it.”

The dialogue also moved on to the topic of women coming out together on a single platform such as women’s march, case in point is one held in Pakistan on Women’s Day. With the furor and agitation reverberating in conservative as well as many liberal sections of society in the said country, Sabin asked panelists if this hate spewing vitriol online against the March and some of the slogans raised during the 2019 event was actually sabotaging Aurat March’s (Women’s March) real agenda. The agenda being demands to end violence against women, child marriage, honour killing and access to education, opportunities and modern markets among others.

Founder of Lahore (Pakistan) Education and Research Network and Women in Law Initiative Pakistan, Nida Usman Chaudhry agreed that the online hate generated was by design an attempt to detract and derail the real agenda of the march. Going further, she spoke about how even cyber laws imposed in the guise of inclusion and online protection are by nature draconian and an attempt to curb freedom of expression and speech.

Agreeing with Nida, Sahar Bandial who is an Assistant Professor of Practice at the Shaikh Ahmad Hassan School of Law, Lahore University of Management Sciences (LUMS), Pakistan said: “Through policies, there is a risk of individuals giving up too much information to the state, under the guise of protection. There needs to be a balance between online safety measures and freedom of expression. Furthermore, the Internet has also given rise to violence against women with the Digital Rights Foundation Pakistan report revealing 8000 online harassment cases in a single year.”

Angbeen Atif Mirza, Assistant Professor of Practice at the Shaikh Ahmad Hassan School of Law, LUMS, pointed out: “Cyber violence is reinforcing self-censorship especially in women. There are more dangers online because of the anonymity the Internet lends. Online vitriol embodies offline patriarchy. The Internet is an unchartered territory and we came in fast without fully comprehending its potential and power.”

The panelists also noted that even in conservative societies like Pakistan and India, online communities and forums have allowed women to speak up and share, something they were unable to do particularly in public spaces and as a consequence have empowered these women to gain knowledge about their basic human rights. One panelist remarked: “What one is suffering alone, can now be shared (through digital communities) with other people undergoing the same issues, creating a positive impact on mental health.”

The event came to an end on the iteration that to create a safe online space, the critical and urgent need of the hour is to act, not react, fast and work together, engage positively and develop holistic digital strategies with a rights-based, inclusive approach.