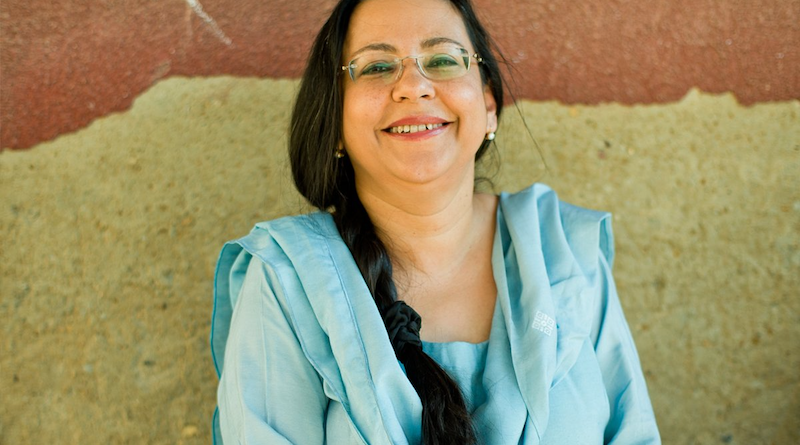 June 15th, 2020, Seattle (USA): The Bill & Melinda Gates Foundation named Anita Zaidi, currently director, Vaccine Development & Surveillance (VD&S) and Enteric & Diarrheal Diseases (EDD), as the first president of Gender Equality on June 11th, 2020. In this new role, Anita will oversee a division comprised of the foundation’s Gender Equality program team and Gender Program Advocacy and Communications team. She will also take on responsibility for the foundation’s broader gender integration agenda, working with and across all program teams to ensure gender is being incorporated in a smart, thoughtful way to increase impact. Anita will report directly to CEO Mark Suzman and will join the Executive Leadership Team (ELT). She will assume her new role effective November 2, 2020.

“I am delighted that the foundation’s first president, Gender Equality is such an accomplished leader who will bring a unique perspective to our Executive Leadership Team,” said Mark Suzman, CEO of the Bill & Melinda Gates Foundation. “Anita will help make full use of the foundation’s voice and the co-chairs’ commitment to accelerate progress for women and girls, building on the work of our gender-focused teams to date.”

Anita is a pediatric infectious diseases physician who joined the foundation in 2014 as director of the Enteric and Diarrheal Diseases team. As department chair of Pediatrics and Child Health at the Aga Khan University in Karachi, Pakistan, she worked to reduce child mortality through the prevention and treatment of illness. She was awarded the Caplow’s Children’s Prize for her pioneering work bringing health services and wraparound care to mothers and children in poverty-stricken communities in Karachi. At the foundation, she continued her innovative work on behalf of vulnerable women and children by helping to establish the Maternal Newborn Child Health Discovery & Tools program in 2017. She also took on directorship of the foundation’s Vaccine Development and Surveillance team in 2017 and created a Women Leaders in Global Health program, now called WomenLift Health, to promote diversity in global health leadership.

Anita obtained her medical degree from the Aga Khan University and completed her training at Duke, Boston’s Children’s Hospital, Harvard Medical School, and the Harvard School of Public Health. She has published more than 200 research papers focused on vaccine-preventable diseases, and newborn infections in resource-limited settings.

About the Bill & Melinda Gates Foundation

Guided by the belief that every life has equal value, the Bill & Melinda Gates Foundation works to help all people lead healthy, productive lives. In developing countries, it focuses on improving people’s health and giving them the chance to lift themselves out of hunger and extreme poverty. In the United States, it seeks to ensure that all people—especially those with the fewest resources—have access to the opportunities they need to succeed in school and life. Based in Seattle, Washington, the foundation is led by CEO Mark Suzman and Co-chair William H. Gates Sr., under the direction of Bill and Melinda Gates and Warren Buffett.

Effects And Impact of COVID19 on Civil Society Organizations