The Disproportionate Effects of Food Insecurity on Women

In her first official column on Food Insecurity And Gender, Chiamaka Adinnu talks about the role of misogynistic culture, food insecurity on women. 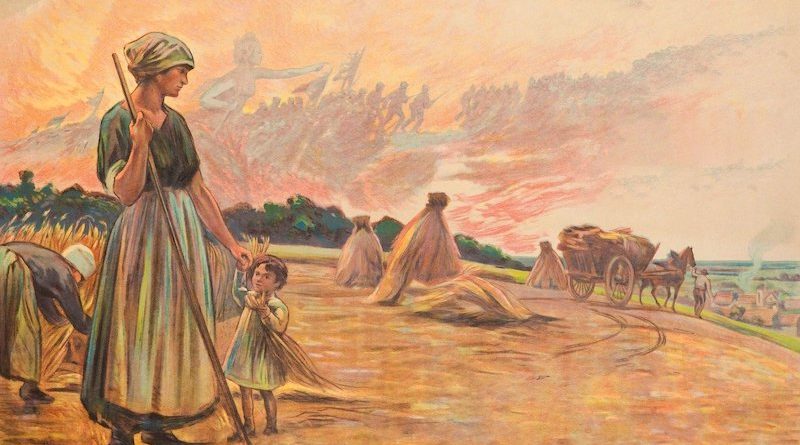 Food insecurity and hunger are some of the most significant problems prevalent globally. Worldwide, the effects of food insecurity are being felt, more by women and the impact is grievously disproportionate.

Research indicates that women represent 43 percent of the agricultural labor force in developing countries; a figure that indicates a high dependency of most countries on women in terms of rural food production at the subsistence and commercial levels. Yet, another report by the Food and Agricultural Organization (FAO) in 2014 showed that about  805 million people experienced extreme, chronic malnourishment, with women and girls representing over 60% of this figure. In developing countries in Africa, Asia, and the Pacific, women typically work 12 to 13 hours per week more than men; yet, women’s contributions are often ‘invisible’ and unpaid.

Suffice to say that the high percentage of food-insecure women and girls is due to a host of factors relating to the prevailing gender inequalities in our society. Women are often denied their basic human rights such as the right to own property (particularly land), find decent work, have access to quality healthcare services, education, and opportunities. In addition, women face numerous obstacles in terms of access to credits, land, seedlings, extension services, livestock, mechanical equipment, fertilizers, and other farming essentials. Another mitigating factor that increases the susceptibility of women to food insecurity is the heavy burden of responsibilities they face at the home front as primary caregivers, which leaves them with little time to engage actively in food production.

In addition, women farmers are not only at risk of hunger but they are more susceptible to crisis-induced food insecurity like the ongoing coronavirus pandemic. This is because they have limited access to the market to sell their farm produce. In cases where they serve as farmhands and labourers, there is a glaring pay disparity between men and women for the same farm services rendered. This huge gap in pay goes ahead to affect their nutritional life, especially for women who are the breadwinners of their families. Such low pay influences their choice of foods for their family in terms of quality and quantity. During the crisis and as primary caregivers, women are quick to forfeit their portion of food for the sake of other members of the family. Consequently, they top the chart amongst the vulnerable groups of macro and micro deficiencies, particularly during their reproductive years.

Thus, an effective strategy to achieve food security begins with addressing the gender inequalities that are prevalent in the agricultural sector. Some of the measures that can be adopted include; Ensuring that no woman is denied of her basic human rights in terms of education, skills acquisition, employment, right to own land and property, access to water and other resources that could boost the productivity of their agricultural activity, food, and nutrition security. Secondly, policies and legislation can be adopted that will encourage women farmers to venture into the production of cash crops or export crops. However, this will first require efforts being made at empowering women for mechanized farming and giving them access to mechanized equipment, credit, extension services, and other farming essentials. Often, a contributing factor to the low agricultural productivity of women is the huge family responsibility they bear, most of which stem from cultural and social perspectives. Efforts must be made to increase women’s labour productivity by enforcing legislation that makes it culturally and socially acceptable for women to adopt labour-saving technologies in their farms or alternatively giving them access to energy-efficient home and kitchen appliances, as well as provide customized and childcare support that would ease their double workload as farmers and caregivers. Another effective strategy would mean ensuring women’s participation, consultation, and inclusion in the decision-making processes leading to the creation and adoption of gender-sensitive legislation, as women are more likely to know the various mitigating factors affecting them than men are. In the agricultural sector, there is still room for improvement in terms of extensive research, as most researches are male-dominated. Efforts should be made to support and increase participatory gender-inclusive research and technology development programmes, as this will give more opportunity for diverse in-depth research results particularly in the area of women’s needs and concerns.

If women farmers have equal access to farm resources as their male counterparts in addition to balanced household responsibilities, then the agricultural yield of a nation could increase by 20-30 percent. This value is estimated high enough to raise total agricultural output in developing countries by 2.5 percent and reduce the number of hungry people in the world by 12 to 17 percent. This equally translates to a significant increment in the GDP of nations and improved resilience of countries to shock, since women are ordinarily more attentive to practices that boost environmental sustainability.

As long as agricultural gender inequalities remain strong, the consequences will be far-reaching; transcending beyond food security and nutritional aspect to influence the socio-economic growth of a country. This is because it not only improves the food security, nutrition, education, and health of the family and the nation, it also has an incredibly positive impact on the economic growth of a country by raising the level of human capital in the society and reducing the dependency rates of the working-age population.

There are no imaginable limits to the merits of unlocking the productivity potentials of women in the agricultural sector, so efforts must be made to continually address the challenges that they face in this regard. It is only through this way that we can minimize the disproportionate effect of food insecurity on women.

Image by Prettysleepy from Pixabay

A WiSER Approach To Leveraging Digital Technologies for Gender Parity