Climate change and its inequitable impacts on women

Sara Hayat writes about the how climate change impacts the most vulnerable and is largely influenced by social standing, financial well-being, access and control over resources and gender. 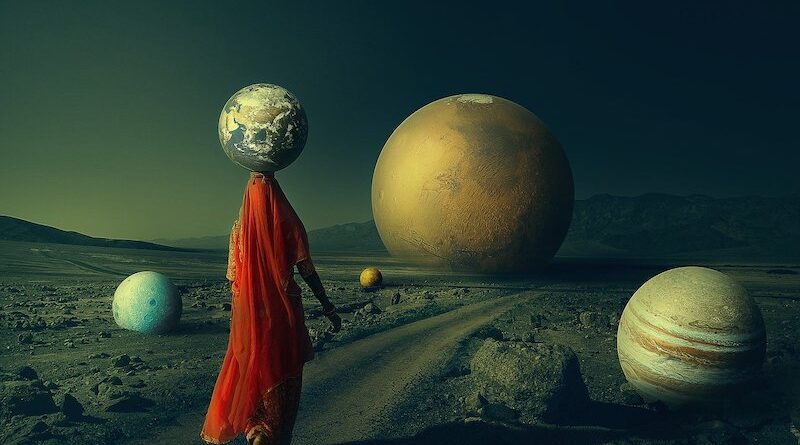 Climate change is impacting us all in direct and indirect ways but even then some of us are more adversely affected. The degree to which we are left more vulnerable to the impacts of climate change is influenced in large measure by our social standing, financial well-being, access and control over resources and gender.

The link between gender inequality and climate change is so often ignored that it requires extra effort to be placed at the forefront of climate related discourse. Gender inequality forces different genders to experience climate change differently and affects their ability, at both an individual and community level, to adapt effectively to it. Even within women, marginalized groups, such as women and girls with disabilities, widows, refugees, single women and ethnic, religious and sexual minority groups, feel the disproportionate impacts of climate change more strongly.

The best way to understand the inequitable gendered impacts of climate change is by accounting real world impacts on women and girls.

In many parts of the developing world, women are culturally assigned the crucial roles of running and maintaining the household. This includes undertaking chores such as cooking, cleaning and ensuring that the basic needs of family members, especially children, are met. With climate change diminishing natural resources like firewood, necessary for cooking and heating, women are finding it difficult to complete even the most uncomplicated of chores. For women, this often also incites feelings of being inadequate, anxiety and depression.

The situation is exacerbated due to climate triggered water scarcity. Women in rural areas of Pakistan walk a distance of 2 kms, sometimes multiple times a day, to fetch water in metal pots placed over their heads (Kashmala Kakakhel & Sara Hayat, Oxfam Pakistan, ‘Climate Change induced migration in Sindh, Pakistan,’ 2019). These women complain of headaches, backaches, hair loss and feel despondent over the time and physical labour necessary to access a basic need, like water. In 2016, UNICEF estimated that women spend 200 million hours every day trying to collect water. They further reported that in Sub-Saharan Africa, 3.36 million children and 13.54 million adult females were responsible for collecting water, and every trip took 30 minutes on average. Worse still, most of these water sources will expose their users to risks of diarrheal and other water-borne diseases.

Climate change induced migration poses an additional set of problems for women and girls. Often without any power to take decisions themselves, women are forced between a rock and a hard place. If they accompany men on seasonal migration to work on fields, they are disturbed by the lack of privacy when they even sleep alongside other unrelated male workers on the fields, find it difficult to tend to their basic needs such as even accessing make-shift washrooms and spend their nights awake under stress of keeping their family and children safe from dangerous animals, snakes and vector-borne diseases like malaria and dengue.

If women do not accompany men in their pursuit of earning a livelihood, left alone with the children, they are more vulnerable to sexual harassment and violence and extreme weather events. Most people who migrate due to climate change often flee from areas susceptible to natural disasters, such as cyclones and floods.

Many of the aforementioned impacts on women are felt with the same intensity by adolescent girls. However, climate change has triggered some unique and unfortunate impacts specific to girls as well. Many girls are forced to drop out of school to help their mothers with the increased burden of completing domestic chores and fetching water. As climate change impacts shove people into abject poverty, family elders will choose to marry off young girls to decrease their family’s financial stress. Climate change has actually increased child marriage and furthered the vicious cycle of intergenerational poverty for women. Climate change impacted girls will experience human rights abuses and even be thrust into human trafficking, as their families struggle to make ends meet.

The aftermath of climate change induced and/ or exacerbated natural disasters pose additional hell for women and girls. 14 times more men than women survive natural disasters like floods because women were never culturally allowed to learn to swim, and also choose to waste precious evacuation time gathering children and belongings. In the 1991 cyclone that hit Bangladesh, 90% of victims were women. Even in industrialized nations, as seen in the United States during Hurricane Katrina, the highest casualties were from marginalized groups, like African American women, who live in disaster prone areas to pay cheaper rent. In disaster relief camps, women and girls are most vulnerable to sexual harassment and most susceptible to violence.

We need climate change related education to become routine in schools so that girls and through them women, at least begin to understand what they are being impacted by. Gender sensitive capacity building is also seminal, without which rural women will never be able to diversify their earning potential and will continue to lose livelihood as climate change impacts agriculture, fisheries and livestock.

Combatting the climate crisis requires adorning a human rights lens, as recognized by the Paris Agreement itself. A failure to acknowledge gender disparity within climate change impacts, and not empowering women to take gender responsive decisions, will only worsen the global climate crisis.

Sara Hayat is a lawyer and consultant specializing in Climate Change Law and Policy, Member of Climate Action Pakistan