Disrupting the status quo in STEM

Sabin Muzaffar provides a detailed look into the Women in STEM 2016 conference and highlights the importance of leveraging the power of STEM to empower women. 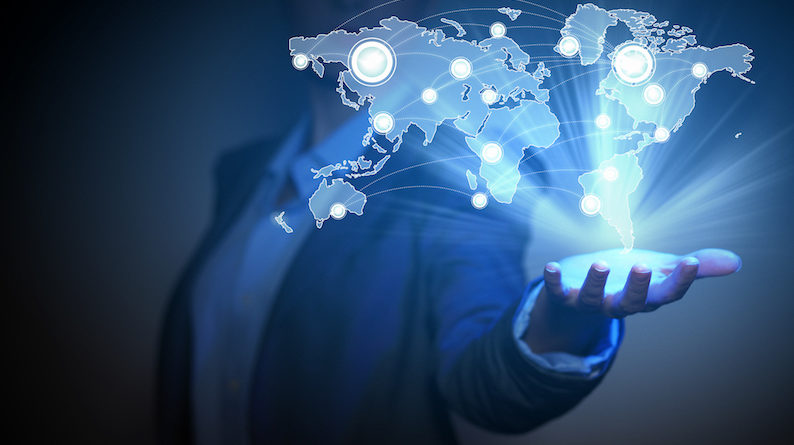 The driving force behind 21st century’s industrial revolution has primarily been advancements made in the fields of Science, Technology, Engineering and Mathematics (STEM). And it is certainly not rocket science to see and perceive that women’s participation have played a pivotal role in driving economic growth stemming from these sectors.

Ironically, history is replete with ubiquitous yet unrecognized, partially told or untold stories of women like electrical engineer in the US, Edith Clarke at the turn of the 20th century, food economist and statistician Mollie Orshansky, Polish physicist and chemist Marie Curie, US actor Hedy Lamar – pioneer in wireless communication etc.; who have all but left indelible marks on the socio-economic fabric of society with their groundbreaking works in STEM fields.

In a recently held global conference titled Women in STEM 2016, organized by the US-based Meera Kaul Foundation, CEO Women Who Code Alaina Percival rightly pointed out that the technology sector needs women. “I am here today to deliver a very important message. – dear women, we need you! This message is coming loud and clear from the tech industry.”

It is a time when digital connectivity is reaching every corner of the earth. Google’s Eric Schmidt and Jared Cohen remark in their book, The New Digital Age: “New users will employ it (digital connectivity) to improve a wide range of inefficient markets, systems and behaviors, in both the most and least advanced societies.” True as it may be, it is most certainly hard to ignore the fact that without the inclusion of women voices and their active participation, there will be a limit to disruptive innovation.

As Meera Kaul herself observed earlier: “Attracting women into STEM workforce can directly enhance innovation, prospects of discovery and impact competitiveness. Women can bring in a fresh perspective into these industries that have largely been male arenas. And finally, looking at the pure economics of it, STEM careers pay much better than any other jobs, and for true empowerment women need to have access to these higher-paying jobs.”

In a research conducted by Ananke on university students in Nigeria, Kenya, the US and Pakistan, it was noted that gender discrimination is a major issue in these countries as far as STEM fields are concerned. The survey also found that many archaic traditions, which do not permit women to occupy top professions, continue to persist. “As a result, women face discrimination and violence. Besides these, issues like unemployment, inadequacy of providing equipment, and the lack of required equipment/resources and awareness still exist.”

According to a report by the US Department of Commerce, Women in STEM: A Gender Gap to Innovation, women hold less than 25 percent of STEM jobs in the US and hold a disproportionately low share of STEM undergraduate degrees, particularly in engineering.

Analysts believe low percentage of women in tech is more than just a pipeline issue with ‘about 74 percent of young girls express(ing) interest in STEM fields and computer science. And yet, by the time they make decisions about what to study and where to start their careers, something happens.’

In the survey conducted by Ananke, one Nigerian girl said: “I was confused about which field I should go because, in society, there is a mental perception that these (STEM) fields belong to men.”

On the positive side, another Ananke report noted: “Out of 27 individuals interviewed, only five pursued a course in STEM because someone had actually forced them to. This means that more women are now willing to venture into STEM career areas previously considered murky waters for women. It is also evident that women already understand the challenges that come with being in STEM, such as balancing work and parenting; but these women are willing to take on these challenges and excel in STEM.”

Tapping into the potential of the third billion – Women

Women account for half of the population of the world and leaving them behind just does not make business sense. True, disruptive innovation is key to sustainable economic development on a global scale. But to trigger growth, it is critical to start tackling the issue from the grassroots.

In her fervent speech at the Women in STEM 2016 conference, held in Dubai UAE, Cindy Moss, Senior Director Global STEM Initiative, Discovery Education indicated the importance of making girls see ‘that they can make world a better place if they have good STEM skills.’ She further emphasized the importance of training teachers who could then instill a love for STEM learning. In her presentation ‘STEM is a culture, not a class’, Moss articulated, “There has been very little talk about personal development of teachers. Just like any other industry, it is very important to train teachers because we are making our kids’ future. We also have to figure out how to show girls they have to be involved in STEM fields. We all know that girls start out by liking science and as they grow older they don’t! It is our moral obligation to show them how they can play a positive role through STEM skills.”

A 2015 Organization for Economic Co-operation and Development (OECD) study showed that girls ‘still lack the confidence to pursue high-paid careers in science and technology despite their good results being as good as – or better than – boys.”

Not only does this highlight the fact that academic excellence does not necessarily translate into professional success or advantage, it goes on to prove the critical role of introducing gender-sensitive STEM curricula taught by a diverse staff of teachers.

Teachers are fundamentally a student’s primary source of learning and mentorship, which makes it all the more necessary to hire and introduce more female STEM teachers in academic institutions. An Inc. article suggested: “While boys tend to be unfazed by the gender of their teacher, girls are substantially more interested in the subject matter if their teacher is a woman. Having an inspiring teacher in junior high school increased the likelihood of a girl pursuing computer science by 16 percent and 73 percent of high school girls interested in studying computer science had a teacher who encouraged them.” 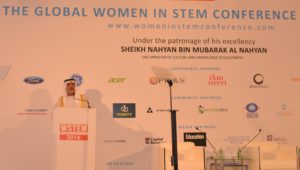 Working on the double agenda of empowering women through STEM as well as celebrating STEMinists, – highlighting them as role models, the Women In STEM 2016 conference successfully brought together some of the world’s most celebrated and pioneering female business leaders. Speaking passionately about a range of topics that focused on female empowerment and career progression agenda; women leaders in STEM at the two-day event shed light on subjects pertaining to entrepreneurship, investment, energy, IOT, tech, education and economy.

Shadan Azali, Executive Director at The Meera Kaul Foundation felt that the event was a superb opportunity for women representing STEM fields. The event showcased some of the globe’s most “prominent female executives who passed on guidance and advice based on their own experiences and career trajectory.”

Echoing similar sentiments, Julie Kantor, Founder at Twomentor, opined, “We wanted to provide delegates with serious food for thought about their own career progression and the amazing impact they can have within their own work sphere and beyond.” During the event, Julie – a globally renowned connector and speaker – emphasized the important part mentoring and networking play in elevating women in STEM careers.

To quote Alaina Percival, the tech industry, and by extension STEM does need women. Things are already set in motion by women trailblazers all across the world with the likes of Sheryl Sandberg, Randi Zuckerberg, Padmasree Warrior inspiring female milennials and future generation. The responsibilities of mentors and role models should be in place from the very outset of a student’s educational life and its importance cannot be emphasized enough.

Attention must be given to policies relating to education, business, finance, STEM, among other sectors; making them more participatory and inclusive to trigger diversity-centric sustainable development.

Lastly, it is all about diversification through the power of collaboration for working in silos takes one nowhere. Working together, women helping other women is the only way forward. Change is here and the moment is now!